Since last year, we were forced to quickly adopt technologies that would allow a seamless long-distance communication and, as you may expect, the demand for video cameras raised quite a bit (along with the price, unfortunately), but, while the regular user may find a small webcam to be enough, the SMBs and larger businesses will need something more. 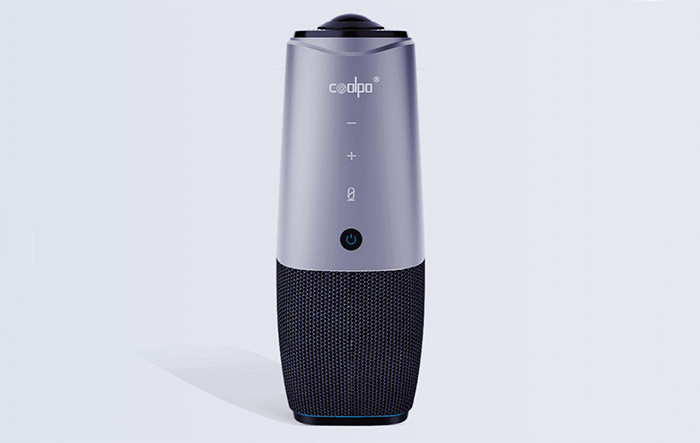 That’s where the Coolpo AI Huddle Pana comes into play, offering a 360 degrees camera that can stream videos at the 4K resolution, it has four microphones and an all-surround speaker. The 360 degrees camera has a fish-eye lens that can view the entire room (the software creates a live panoramic view of the entire place) in the preferred resolution – it can be 720p, 1080p or 2160p. And then, it relies on the four microphones to identify the person that’s currently speaking, tracking that person in case it moves around the room.

The microphones can properly hear sounds from up to 15 feet and will help with the aforementioned tracking which does make sense in a meeting, where one person will lead a discussion. In case there is excessive background noise, the Coolpo AI Huddle Pana will blur it out, so, if the meeting is being held in a noisy building, the device will cancel the outside sounds. The user interface is simple and intuitive, and most importantly, it requires very little input. When the conference call starts, the camera will swivel towards the person that’s actively speaking and each participant in the meeting will appear in a separate window (it will work great for up to 15 people) – the panoramic view will stay at the bottom. Furthermore, it’s worth mentioning that the active speaker will have the window bordered in red. 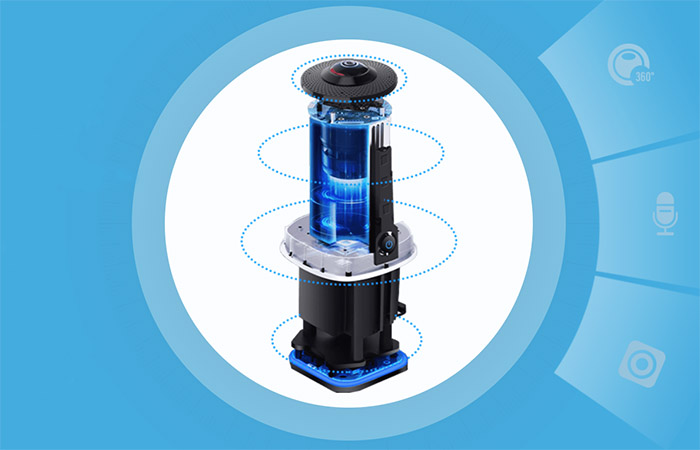 The Coolpo AI Huddle Pana is compatible with most of the popular online conference software which includes Zoom, Skype, Google Hangout, Cisco Webex, Microsoft Team (and more). And the interesting thing is that it does not require any driver to run, it’s a simple plug and play device. This is one of the main highlights of this device, since it removes that often-occurring corporate sluggishness, so, instead of setting up multiple devices, dealing with microphones, cameras, keeping the connection steady and so on, a single device will do all the work for you. It’s clear that the Coolpo AI Huddle Pana is a successful mix of already well-known technologies, such as face tracking and ANC, as I have encountered all these technologies before on other devices and they’re all held together by a sum of algorithms.

The manufacturer does put forward the AI which seems to be responsible for the device’s behavior and it seems that the algorithms are good enough for the device to function properly. That being said, the device should have a place in every business, bigger or smaller, especially since the social distancing is still mandatory (and may remain this way for a very long time), but the applications of the Coolpo AI Huddle Pana can easily go outside the business realm and help family members come together. Price-wise, it’s not really inexpensive (its MSRP is $699.99), but, considering that it’s replacing hundreds (or potentially thousands) of dollars in equipment, it’s definitely worth it.