Apple recently unveiled its new iPhone 11 series and, as expected, the third-party manufacturers have already flooded the market with lots of protective cases but there are only a few that are willing to bring something new and one of them is Evutec. Yes, you can go for that generic transparent polycarbonate case or the one covered by a textile material but did you ever consider a protective case made of aramid?

If you never heard of this material, know that it is pretty much identical to the para-aramid Kevlar, sharing some of its shockproof-related properties so having it around your iPhone 11 should improve the chance that it would survive after a tumble to the ground by a significant margin. I have already had a look at the Karbon Value Slim model and it definitely was an interesting case that would offer some protection when the phone was dropped, but the material was very thin (to not alter the look of the iPhone 11 that much) and it was not compatible with the proprietary Afix+ Magnetic Vent mount. 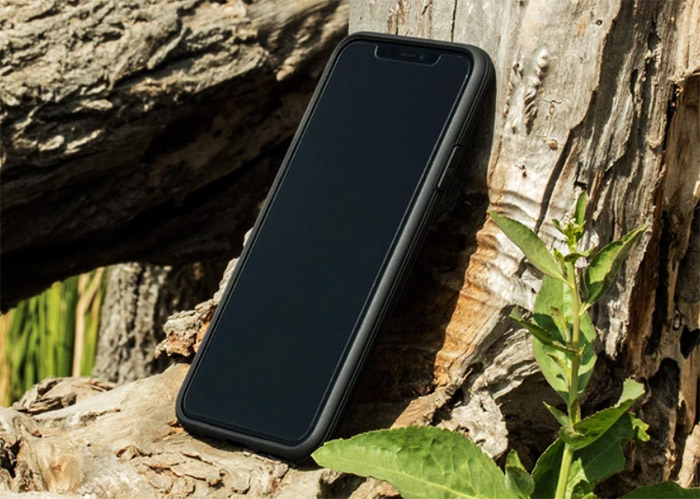 The Evutec AER Karbon Black protective case will attach to the magnetic Afix+ mount, but it is a lot thicker than the Karbon Value Slim case (the layers make the cover 0.07 inches thin). Apple insists that the iPhone 11 is definitely a far more rugged device than the previous iPhone generations and, since it says that it has the “toughest glass ever in a smartphone”, it can only mean that the iPhone 11 is portrayed as more rugged than its main competitors.

The iPhone 11 was dropped on the stage and it survived unscathed, but some tests on other various contact surfaces (which are not rubbery..) showed that the glass body did break, just like on any other smartphone, so a protective case is a must. The Evutec AER Karbon does rely on the aramid material to provide a better resistance to scratches and tear, but the lateral sides seem to be made of regular rubber. Unlike the Karbon Value Slim case, the AER Karbon model does completely cover the frame of the iPhone 11 and there is now a protective lip around the screen of the phone which will make a difference if you drop it face first (there is also a raised lip around the rear camera to protect it from shattering on impact). 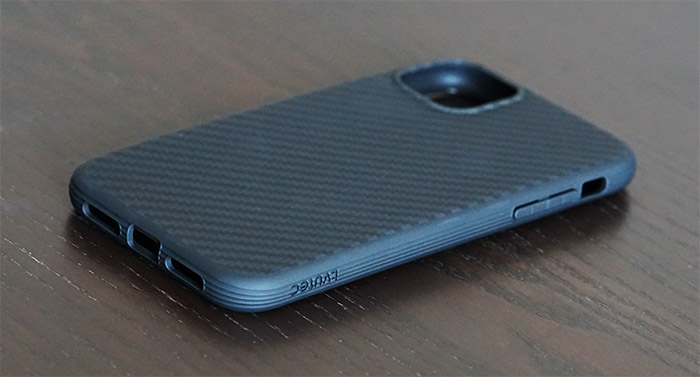 Additionally, the rubber sides have some anti-slip grooves that should give you a better grip on the case and will ensure that it won’t slip out of your hand. The cut-outs for the bottom speakers and the Lightning port seem to be precise, as well as for the side button (above the volume rocker) and Evutec has also added rubber covers for all the buttons of the iPhone 11 – they’re very easy to press and, hopefully, will not wear off for a long time. Furthermore, you don’t have to force the phone into the case since the flexible rubber sides will make it easy to slip in and out the iPhone.

Inside the case, the manufacturer has glued an additional layer to the aramid material, a layer that hides four metal inserts to allow you to attach the AFIX+ magnetic mount. And yes, you do get the mount in the package which will consist of two pieces: the main magnetic part that gets attached to the iPhone 11 (it is made of plastic and it has a soft silicone layer where it gets in contact with the phone) and a smaller circular piece that attaches to the car vent grills – it has two metallic hooks which allow you to either add the mount horizontally or vertically. 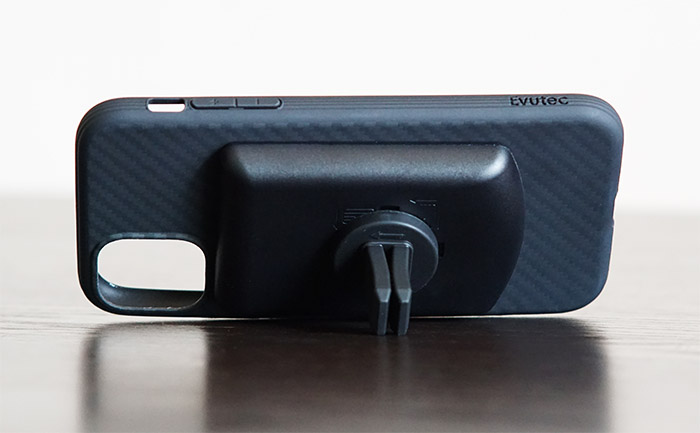 This is a very welcomed addition since you don’t have to purchase any additional accessory to mount the phone in your car and the fact that the iPhone 11 simply connects magnetically is a nice touch. The multiple layers of the Evutec AER Karbon case will help a lot with the dispersing of any mechanical shocks without affecting the body of the iPhone and yes, the metal inserts will not influence in any way the wireless charging.

Note: The model that I tested is compatible solely with the iPhone 11, but there are variants specifically designed for the Pro and Pro Max versions as well. 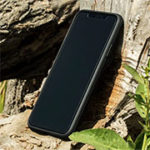