After ‘Bendgate’ (the iPhone 6 pocket bending fiasco), the assumption that Apple creates fragile devices has followed the manufacturer for years and it still does to a certain extent, but Apple doesn’t really seem to care that much since the iPhone has always been associated with jewelry (which can be fragile), so, unless you have enough money to change the screen once a month (and it’s expensive to do so), a protective case is going to save you lots of headaches.

Of course, no protective case can ensure a complete, 100% protection from shocks, but the Evutec wants to get as close as possible and protect your iPhone 11 by offering an entire series of cases, from which I am going to focus on the Karbon Value Slim model. This protective case for iPhone 11 is made out of aramid fiber and it ensures that the phone gets protected against some drops, while also not taking away from the elegant shape of the iPhone 11. 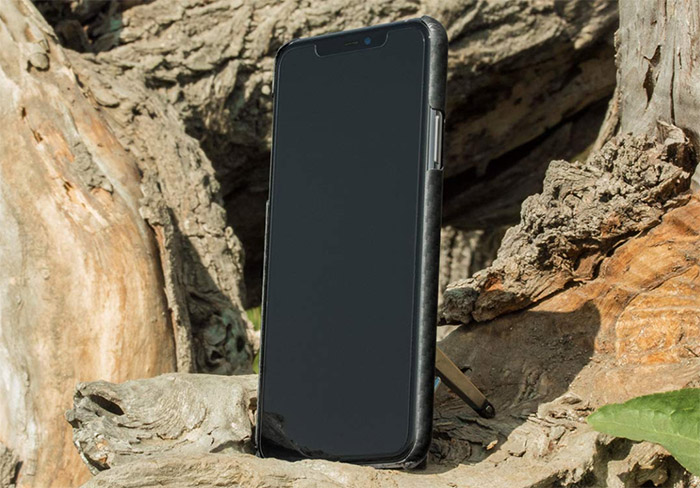 Apple says that the iPhone 11 has the “toughest glass ever in a smartphone”, suggesting that even if you drop it without a case, it will have a better chance of surviving unscathed than other smartphones from the competition. I did not try to break such an expensive device, so I let others do it and, as can be seen on the Tom’s Guide analysis, the smartphone is definitely tougher than the previous generations, but the glass did break when dropped on a concrete floor from about 3.5 feet – it’s true that it depends on the angle at which is dropped and the type of surface it lands (Apple did this test themselves and the phone survived without problems), but it just enforces the need to use a protective case.

A reliable protective case should be able to disperse the shock energy without affecting the glass body of the smartphone and to do so, it needs to be flexible (or rubbery) and thick enough to not transmit the shock towards the glass body of the iPhone 11.
The Evutec Karbon Value Slim is very thin (only about 0.02 inches), so the shockproofing is going to be a bit more limited than with the protective cases from the Karbon Black AER series, but it should still be a lot better than when using the device without protection. 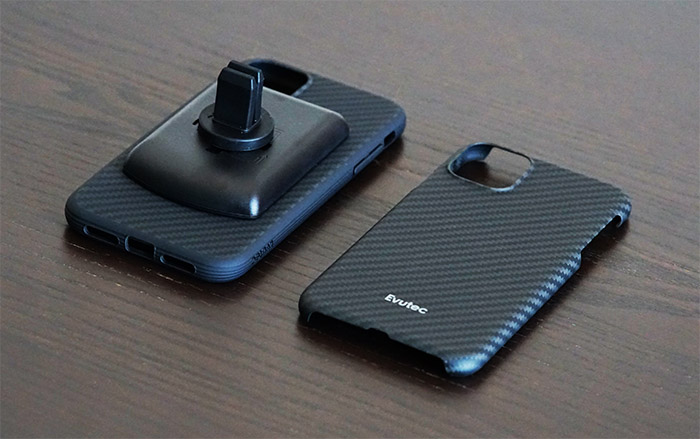 That being said, the Evutec case is a tough shell (it doesn’t seem like it may break despite the thinness) that goes around the iPhone 11, but only to a certain point since it takes very little space from the front screen. And this could be an issue considering that the display would have been better protected if the lateral sides were at least a bit more raised – I did liked that Evutec has added a raised lip around the camera section for added protection. Furthermore, the case does not have any built-in rubber buttons, it simply cut the sections to expose the original ones from the iPhone.

The Evutec Karbon Slim is made of aramid material and some of its characteristics are the excellent resistance to scratches or scraping, it’s non conductive and does have a great resistance to high temperatures (not that your iPhone will need to make use of this advantage) and no, despite being pretty much identical to the para-aramid Kevlar material, the case is not bulletproof. It’s also worth mentioning that the case is not slippery and I know that Evutec has made available a magnetic Vent Mount, but, since the Karbon Slim case does not have metal insert, it can’t be used along with the mount. 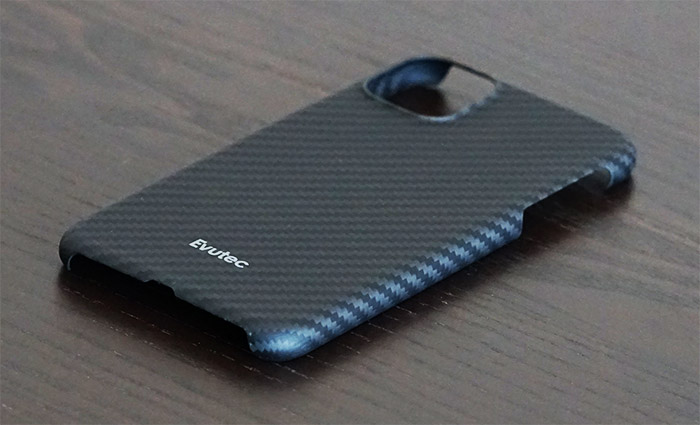 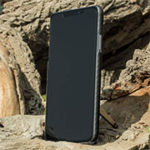