Last year, HTC gave us one of the best smartphones ever made, it was beautiful, stylish, had great performance, mature, clear software and people welcomed this phone with open arms.
This year, HTC made a somewhat peculiar decision that left some of us a bit confused. Basically, The HTC One M9 tries to replace the things that didn’t quite work on M9 while retaining and refining everything that made the M8 such a great phone, but the end product doesn’t seem to be much different than the previous model.

This may not be a bad thing, in another time… but since 2015 is such a great year for phones, full of innovations and such fiercely competitive market, we wonder if HTC M9 has what it needs to go against the likes of Galaxy S6, iPhone 6 or LG G4. 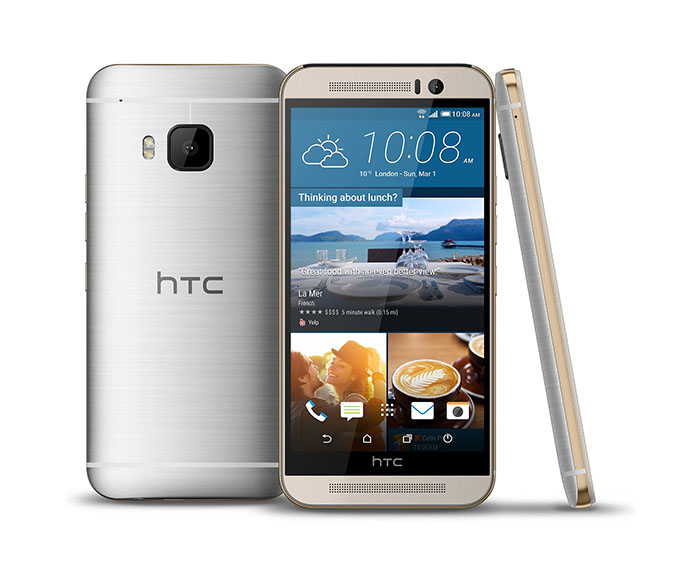 Design
As expected, HTC has great attention to detail. The HTC One M 9 has a refined, elegant design, with an angular body, a high quality matte finish on the metal case (doesn’t retain fingerprints) and now featuring a single metal piece that is placed with the precision of watchmakers into the rear casing.
The M9 is obviously smaller than the M8 (easier to use one-handed), but a bit bulkier (2.8×0.4×5.7 inches) and heavier (5.28 oz). Still, the phone is very well balanced, the soft matte finish makes it less slippery, feels softer in hand and it is easier to handle thanks to the sharp rear line.
Also, the phone features a scratch resistant coating.

Some changes made from the M8 is the now square shaped camera and that the power button no longer rests on the top of the phone. Instead it is now placed on the right side, below the volume controller and the microSD slot (yes, it has a microSD slot!). Also, the phone features a microUSB and 3.5 mm jack that rest on the bottom of the phone. 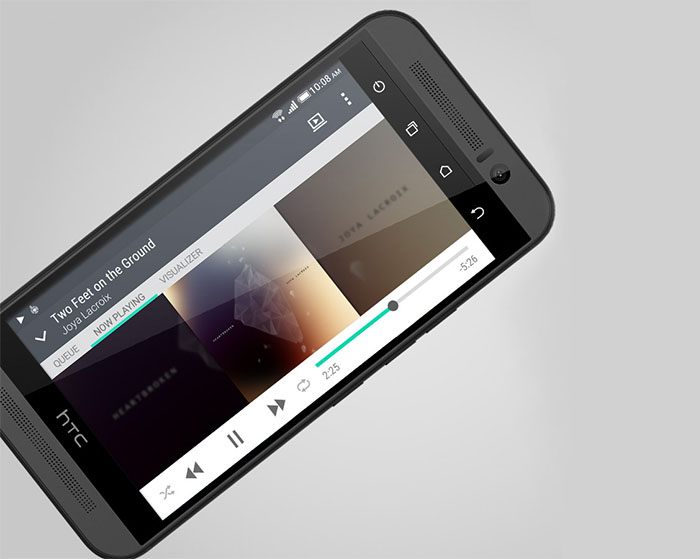 The problem is that all the buttons look and feel the same and the volume controller and power buttons are too close together so it’s easy to miss the right button.
The model comes into some interesting variants: silver on gold, gunmetal grey, gold on pink and gold on gold.
Audio is provided by the front facing BoomSound stereo speakers (with Dolby optimization) that we consider to be the best speakers on smartphones to date.
Note: You can use the M9 as a remote controller for your TV.

Samsung Galaxy S6 is thinner and has a similar design, as both phones feature glass and metal casing, but we felt that the HTC M9 design is better looking and a lot more attention to detail was involved. 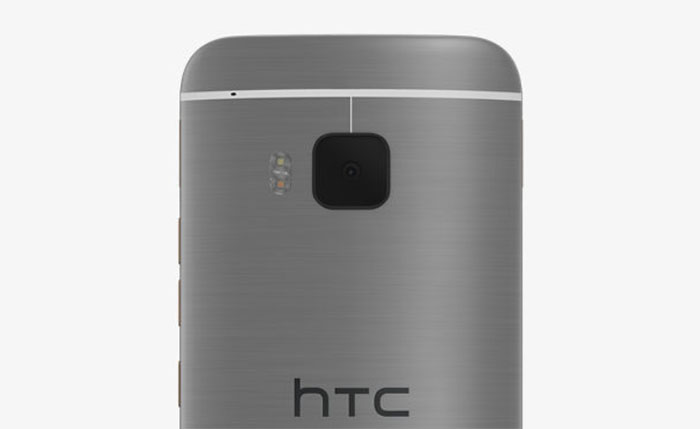 Display
The M9 features a 5-inch Super AMOLED LCD 3 display with a resolution of 1920x1080p, a 16:9 aspect ratio and a pixel density of 441ppi.
Is 1980x1080p enough? Or would have been better a 2k resolution screen? Well, a 2k resolution is always a nice addition (though a battery drainer), but the human eye can hardly distinguish between the two on a 5-inch screen and with a 441 pixel density, this phone is sharper than the iPhone 6.

Overall, the display featured rich, natural and accurate colours, with decent black levels and reasonable contrast. Under direct sunlight, the display remained visible (with a small amount of reflections).
When watching a movie, the dark scenes looked deep and remained detailed.
While the display looks reasonably good (not much different than the M8), it was not as bright or vivid as the competition in the same price range.

Performance
HTC One M9 sports a 64-bit octa-core Qualcomm Snapdragon 810 chipset (4 cores clocked at 2.0GHz and 4 at 1.5GHz), backed by 3GB RAM, 32GB native storage and up to 128GB external storage available through the microSD.
Thanks to this setup, the phone is potent enough to play more high-end games (Asphalt 8 or Assassin’s Creed: Pirates), run apps smoothly and even Adobe Photoshop without any lag.

Because of the Android Lollipop, the phone does lag on multitasking the first time it is launched, the rest of the time, we had absolutely no problem.
Does the HTC One M 9 suffer from overheating? Not quite. The phone does get warm and thanks to the metal body it may seem more than it really is. The maximum we were able to reach was about 100 degrees F and that from running Asphalt 8, which is better than a lot of other phones.

Software
HTC One M9 features the new version of HTC Sense (on top of Android 5.1 Lollipop), the Sense 7. Like the Sense 6, the (somewhat) new UI is still as great as its predecessor.
Still, there is a reasonable amount of non-removable apps, but unlike ASUS Zenfone’s UI, most of these apps are actually useful. Take for example the Cloudex (pulls all images into one folder), the Peel Smart Remote, BlinkFeed or Kid Mode.

Some improved features are the Android’s interruption system, the volume control is handled better (set a proper volume before opening a noisy app or game) and there is the new themes app. You can add custom themes, you can configure colours, styles, fonts and more.
Also, there is the Sense Home: apps are set through three categories – home, work, out – and populate accordingly.
The Sense 7 is fast, stable, responsive and arguably the best UI you can get, not considering the stock version of Android Lollipop. 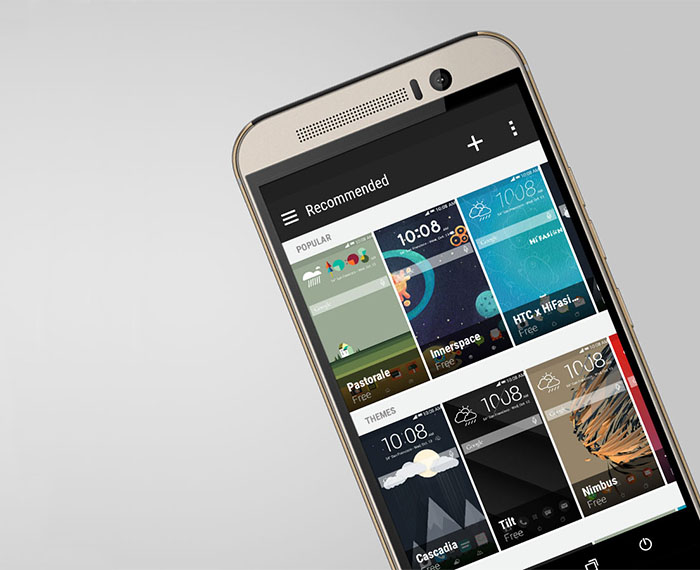 Camera
The M9 has a 20.7 megapixel sensor with f/2.0 lens. In daylight, the M9 captures some really great photos, macros and close-ups are sharp, colours are saturated and automatic white balance is great.
One minus is the lack of optical image stabilisation that translates into not-as-good-as-it-could-have-been low-light photos.

Another unpopular decision HTC has made is to remove graininess. At first you would think this is a good idea, but what it does is to remove some detail from photos. Take iPhone 6 for example: photos do have a fair amount of grain, but it maintains a great amount of detail.
Also comparing to iPhone 6, we can see that whites could have been whiter and blacks, deeper. 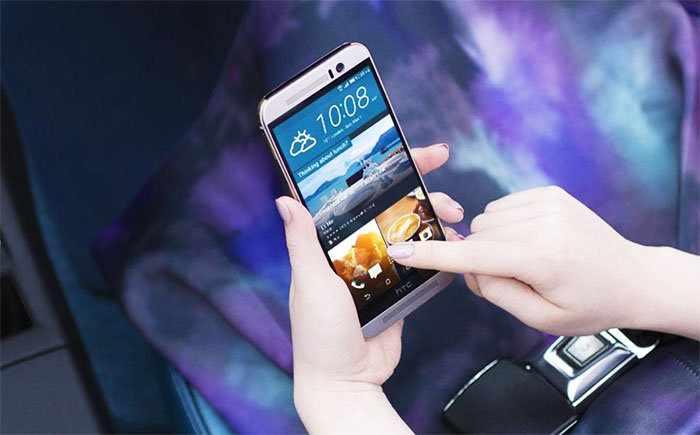 A great addition (through an update) is the updated camera app that adds support for RAW image files. More about the camera app is that it’s easy to use, reasonably fast and allows a large amount of customization.
If the rear camera could have been better, the 4-megapixel UltraPixel front camera (previously the rear camera of M8) is one of the best front cameras to date. It is great for low-light selfies and overall was able to capture some of the best photos taken with a front-facing camera.
Note: HTC One M9 can shoot 4k videos with 120fps slow-motion mode.

When conditions are right, the M9 can capture some great, memorable photos and although not on par with what iPhone 6 or Galaxy S6 can offer, the cameras are still good enough for the average consumer.

Battery Life
The non-removable 2840 mAh battery will get you through a day on medium to high usage. But on very heavy, extensive use, the battery only reached about 4 hours.
The M9 takes advantage the Quick Charge 2 Technology.

Conclusion
A great feature is the M9’s warranty. You get a one time replacement if your phones gets damaged and yes, it includes accidental damage as well.
In the past, HTC models were always ahead of the competition, but this year its flagship phone doesn’t seem to be as good as other phones offered from competition.
Don’t get us wrong, the HTC One M9 is a great phone, it features a gorgeous design (one of the best to date), a good performance and awesome sound, but camera still seems to be the Achilles’ heel for HTC.

We expect some great innovations in the future from HTC (as it has done before), but in the meantime, Samsung Galaxy S6 seems to remain the king.
Note: There are rumours that HTC plans to release better, improved versions on M9 in the near future, so we look forward for the next HTC phone. 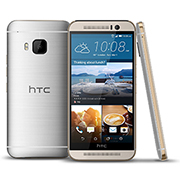