Nexus 6 is a phablet co-developed by Motorola and Google that reminded us of the second generation of Motorola Moto X.

But what is a phablet?
Well, a phablet seems to be a hybrid between a phone and a tablet, having a bigger screen than the usual smart phones (about 5 to 6 inches) but maintaining its portability and also keeping a dynamic experience that only tablets can deliver.

Being larger, you can expect a lot more freedom for manufacturers into implementing more powerful hardware, the camera is usually a lot better than the ones you can find on tablets and overall, because the screen is bigger, you can comfortably read documents or play games.

Do I need a phablet?
That depends on a lot of factors. First of all you can expect premium prices, but better performance, better cameras and high quality display. The only downside is its portability as the phablet is larger and heavier than a regular smartphone. 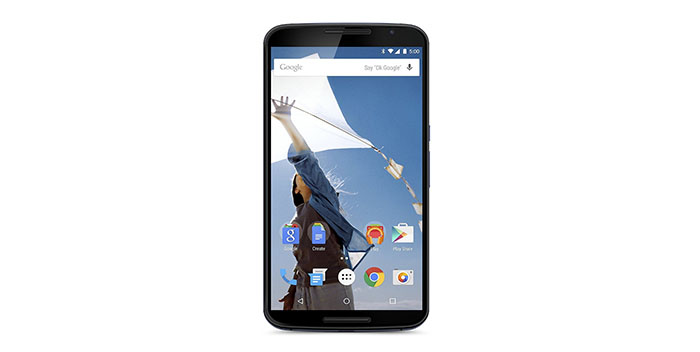 Appearance and Design
The Nexus 6 is quite big. Being 3.2×0.4×6.3 inches and weighting 6.6 ounces, it surpasses it’s competitors products like iPhone 6 Plus or the Galaxy Note 4.
Handling this phone is a bit problematic as, although it has a curved back so you can rest it in your palm with ease, it just doesn’t feel safe to not use both of your hands.

As said in the introduction, the Nexus 6 deign reminds us to a scaled version of Moto X, so you will recognize the same pattern when it comes to button and controls placement. On the right side you will find the power button and the volume rocker, on the top we find a nanoSIM slot along with a 3.5mm jack and on the bottom we see the microUSB port for recharging. Nexus 6 is equipped with two high quality speakers capable of generating a true stereo experience.

The back of the phone is made of plastic meeting with an aluminium frame and it features the camera, the name of the product along with the trademark for Motorola.

Display
The Nexus 6 features a 5.96in quad HD AMOLED display with a resolution of 2560×1440 and 493 ppi. Being a AMOLED screen we expected high quality pictures and we were not disappointed, the videos were clean, the colours were vibrant, the text was sharp and overall we thoroughly had a pleasant experience watching Full HD videos or high resolution pictures.

Apart from all these, the Nexus 6 has a good balance between primary colours, as the whites are whiter and all other colours are more intense. Also, another interesting feature is the auto-brightness factor that optimizes the brightness level based on the available lights around.
But, comparing to previous versions like the Nexus 5, we saw a bit of regression when it came to colour saturation.

Performance and Connectivity
The phone is packed with a 2.7GHz quad-core Qualcomm Snapdragon 805 processor, backed by 3GB of RAM, an Adreno 420 GPU clocked at 600 MHz and an internal storage of 32GB.
The Snapdragon 805 is one of the fastest chips available for Android right now and will be able to run resource-heavy applications or games without lags or delays and the GPU had the best performance on most benchmarks tested compared to other smart phones in the same class. 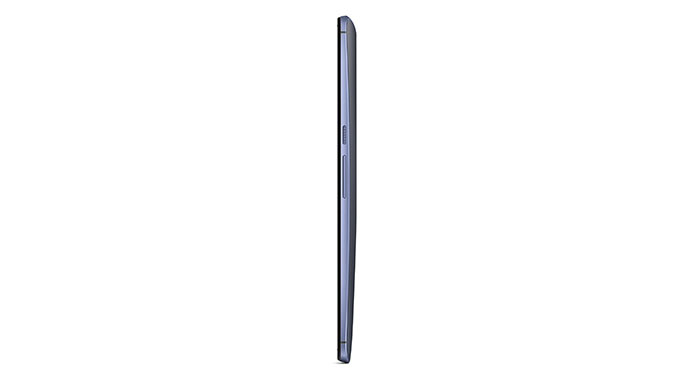 As for connectivity, the Nexus 6 has CAT 6 4G support with which reaches download speeds of up to 300Mbs and upload speeds of 50 Mbs and a 2×2 WiFi MIMO 802.11ac connectivity with speeds of up to 9MBs.
Nexus 6 also comes with a SlimPort for HDMI output available through the USB port.
The bottom line is that the Nexus 6 is capable of multitasking, great behaviour when gaming or loading resource-heavy applications and has a really good and stable internet connection.

Software
The operating system installed on the Nexus 6 is the Android 5.0 Lollipop.
The Android 5.0 Lollipop comes with a redesigned interface known as Material Design that attempts to make the digital interface feel more alive using a great deal of animations and simple shapes.
Basically, everything receives a “makeover” and every interaction with the screen generates an animation, giving a more vibrant and “alive” feel.

Just like in the previous versions of Android, the interface is intuitive and user friendly with lots of apps, but also some new features were added like Project Volta (improved battery life), Improved Notifications, Priority Mode or Pin Apps.
Also, the Android 5.0 is capable of running a 64-bit operating system, although this phone doesn’t yet take advantage of this feature.

Although the Nexus 6 still features a great camera, based on the price of the phone we were expecting a bit more.
The video quality is very good and we were able to capture some pretty intense scenery as the camera is capable of shooting in both 1080p and 4k.

Battery Life
The Nexus 6 has a 3220 mAh battery will get you through a day with medium to heavy use. That means the battery life is not the strongest point for this phone but let’s not forget the size of the display and the performance the phone has to deliver.
A great feature is the QuickCharge 2.0 from the Snapdragon processor that can translate a 15 minute charge into almost 6 hours of use.

The conclusion is that Nexus 6 is capable of delivering a great experience, using a powerful processor, a great graphics card and an overwhelming amount of software.
But the question for the potential customers is if the added size is an advantage or an impediment? 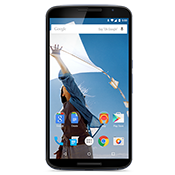