Last year, the Chinese Company OnePlus released its first smartphone, the OnePlus One which took a lot of its competitors by surprise. The phone not only featured a premium design, but also good performance and all of this at a low price tag.
So thanks to these flagship like-features, the One Plus One phone not only gathered a huge fan-base, but at the same time high expectations for its next instalment.

So it was only natural that this year we would be faced with a sequel, the OnePlus Two, that was also named by the OnePlus Company, the 2016 Flagship Killer. We think this statement is, maybe, too bold, for it will be hard to be a flagship killer even for 2015, which is a great year for smartphones, with names like Samsung Galaxy S6/S6 Edge, HTC One M9 or LG G4.
The OnePlus Two release date was set to 11 August and will be available in the same way as its predecessor, using the invite-only system and although invites are easier to get, it still will be harder to get than other smartphones on the market. 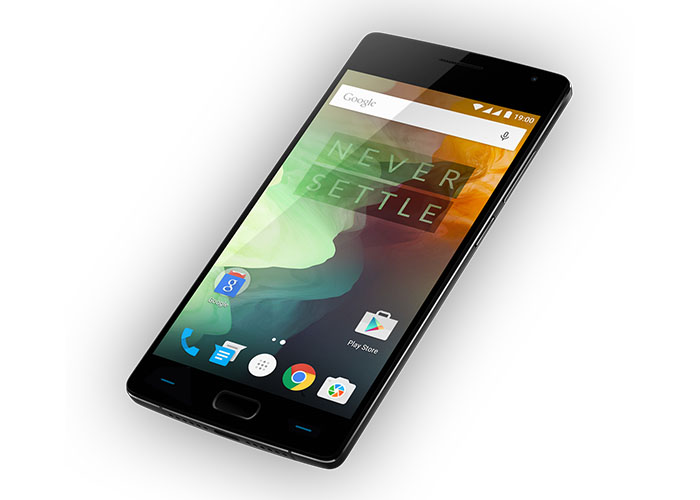 Design
The first thing that you’ll notice is the metal band around its circumference that gives the phone a premium look, but turn the phone around and the back is somewhat odd. The back panel looks rough, with a grey sandpaper texture (it’s made of plastic, so it’s not abrasive) that although provides a lot of grip takes away from the overall premium design.
This is available for the standard back panel, as OnePlus has provided optional panels (Kevlar, Rosewood, Bamboo or Black Apricot) that look a lot better, if you have no problem investing a little more. 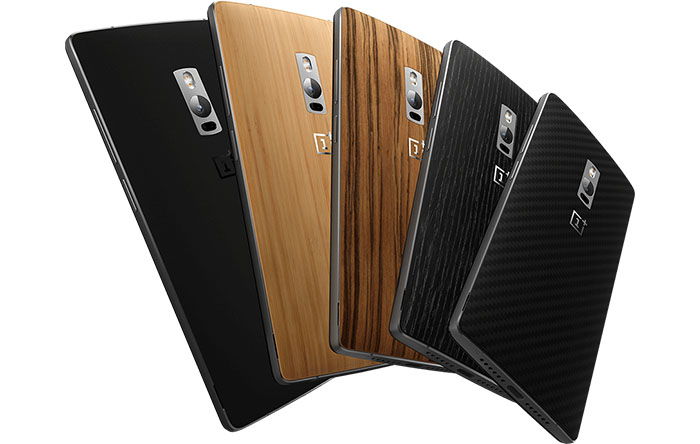 Comparing the OnePlus Two with other smartphones you will notice that it isn’t light, weighing 6.24 ounces and measuring 5.98×2.95×0.39 inches.
If you remove the rear cover, you can see the dual-SIM tray and unfortunately there is no microSD support.
On top of the phone rests the 3.5mm headphone jack and on the right side you can find the Power buttons and on top of it rests the Volume Controller.
On the left side there is the Alert Slider, which is something of a novelty. It allows to toggle your notifications into three conditions: allow all notifications through, priority and OFF.

On front there is a LED notification light and a Home button that also behaves like a fingerprint scanner (the button is not clickable).
On the bottom you can find two speaker grills and a USB-C socket. Although the USB-C socket is something not widespread right now in the smartphone industry and you may have problems into replacing the cable or carrying it around, next year it is anticipated that most, if not all flagship phones will have this feature included.
Overall, the OnePlus 2 looks a lot like its predecessor, the standard back panel feels a bit cheap, it’s not waterproof, but the phone has a lot of grip, features a premium-like design and the buttons are intuitive, easy to press and locate.

Display
OnePlus Two features a 5.5in IPS LTPS LCD display with 1920x1080p resolution, 401ppi pixel density and is protected by Corning Gorilla Glass 4.
The display performs rather well, blacks are deep, colours are pleasant, has 178 degrees viewing angles and 600 nits (it is brighter than OnePlus One). Although the screen is bright, if under direct sunlight it didn’t perform as expected, the colours seemed a bit washed out.

Now, is the display on par with Samsung Galaxy S6 or LG G4 display?
From a technical point of view clearly no, the resolution is lower, the pixel density is lower, viewing angles could be improved and so on.
But what about from the normal user point of view? Still not quite, colours are tempered and cool, lacking the vibrancy and the almost oversaturated contrast of the S6 or G4.
So, the display is more like what you can find on the iPhone 6, than the S6 or G4.
But it’s still a great display, it has a lot of value for its price, even though it’s only FullHD. But let’s be honest, most of us can’t identify pixels on such a small screen or even tell apart between the 2K and FULL HD resolutions. And the funny thing is that most apps don’t take advantage of the QHD resolution. 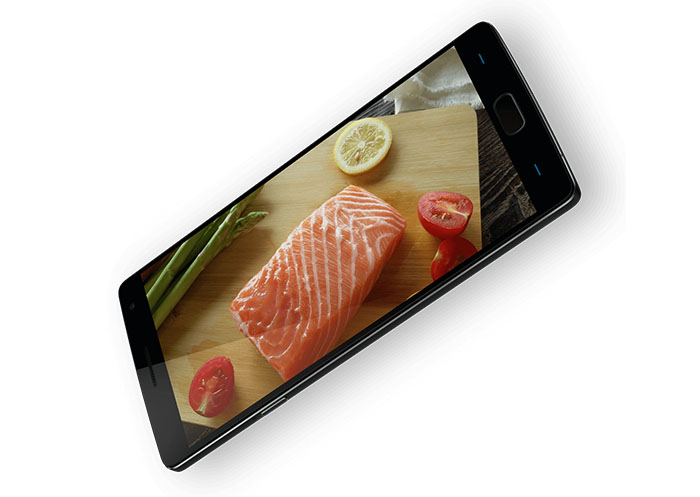 Performance
OnePlus 2 sports an Octa-core 64-bit Qualcomm Snapdragon 810 chipset (four 1.8GHz Cortex A57 cores and four Cortex A53 cores) backed by an Adreno 430 GPU, 4GB LPDDR4 RAM and 64GB native storage.
Thanks to these specs, loading and switching apps is done fast, games ran smoothly (there is no game that won’t run smooth on this device), multitasking is a breeze and overall, performance-wise, the OnePlus Two seems to be on par with the high-end flagship models on the market.

Software
OnePlus Two features the Oxygen OS, which is a custom version Android 5.1 that instead of replacing or taking away from the stock OS, it extends it, adding some exciting apps.
Some of this additions are the ability to draw a circle to access the camera or draw a V to turn on the flashlight, you can turn ON/OFF app permission for every app you install and you can use the Audio Tuner to play around with different audio settings.

You can also customize the design of the OS, switching between light and dark themes. This won’t give you more battery life but will help keep the novelty feel of the phone.
Another interesting app is the Shelf that gives you quick access to your most used apps and contacts. The Shelf is still in beta stage but we expect a lot more developing in the near future.
Note: The Bootloader is unlocked, giving you the opportunity to flash new software.
The Oxygen OS is really simple to use, without bloatware and the extra features, although not really necessary, are interesting and useful (Take note Asus!) 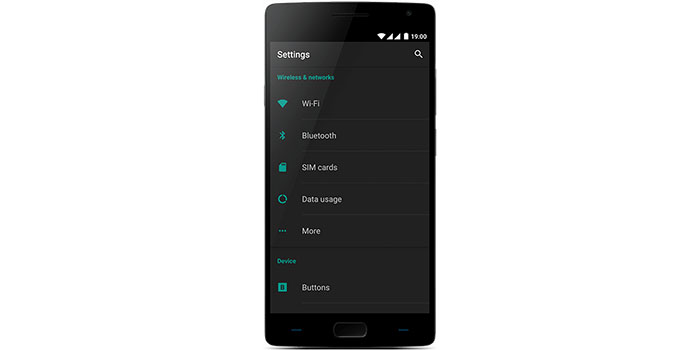 Camera
On the rear, the OnePlus Two features a 13-megapixel Back Camera with f/2.0 aperture and on front, there is a 5-megapixel camera. Sure, big megapixel numbers don’t always mean that the camera is good, but this time, the 13-megapixel sensor is actually good.
The rear camera features Laser Focus, OIS, Dual LED Flash and optical image stabilization.

Now, comparing it with what flagships can offer, the shot-to-shot speed is a lot less than the S6 camera, the focusing is less responsive and although most high-end smartphones have the HDR mode as an auto feature (firing only when it’s necessary), the OnePlus 2 has the HDR as a separate mode.
The HDR mode tends to oversaturate the photos a lot, to the point where the pictures look unnatural and out of this world (not in a good sense).
But using the standard settings, the camera is really great, the exposure is good, there’s lots of detail, the colour is natural, no over or under-exposure and no matter if the scene is bright, with the sun behind clouds or if it’s a dark room, the photos looked really good.

Note: The camera also films in 4K.
We hope that with future updates, the camera app will get a lot better. 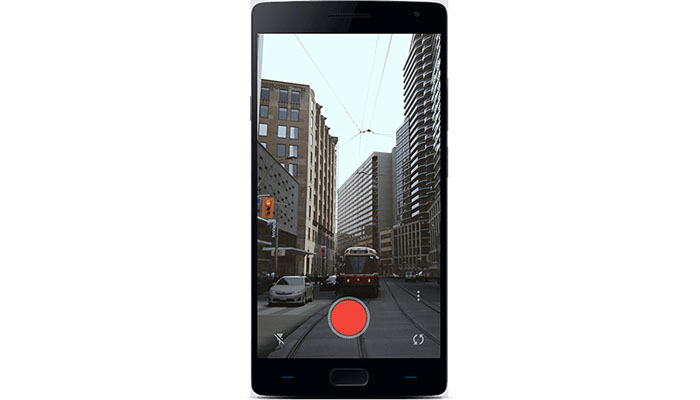 Battery Life
The OnePlus 2 has a 3300mAh non-removable battery that can last up to 12 hours of extensive use and a full day of medium to extensive use.
The battery life is pretty close to what the S6 has to offer, but bear in mind that the display resolution is lower so the power consumption is not as heavy.

Conclusion
Don’t be mislead by the title, the phone is remarkable and it could be considered a flagship killer based on the qualities and specs that come at a bargain price tag. But the flagship killer possibility falls short because even if people would consider buying this phone instead a more expensive, similar one, they would have to be patient and lucky, thanks to the invite-only system (yes, we’re being ironic).

From our point of view, to be a flagship killer you should actually deliver flagship quality, but OnePlus Two cannot reach the likes of S6 or G4 (though it is only one step behind!). It has great software, performance, display and design but we don’t think it’s enough to be considered the best alternative over flagship phones for this year or the next.
Now, forgetting about the bold statements the Chinese Company has made, the OnePlus Two is the best smartphone in its class, especially considering the price tag and it has a lot of potential with future updates, so we fully recommend it.

Check for the latest price here: 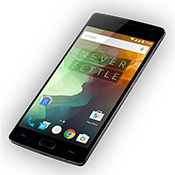