The TaoTronics SoundLiberty Pro P10 are a pair of budget-friendly TWS earbuds that sit at a bit over $50 (at the moment of writing) and they do offer some cool technologies which were usually found on far more expensive devices. The main technology is ANC and I am impressed by how this complicated feature has made its way to entry level models, with devices such as Nothing Ear 1 pushing the price tag even lower for the flagship models as well.

After two weeks of using the TaoTronics SoundLiberty Pro P10 earbuds, I can say that they’re quite polished, the ANC working decently fine (on par with what I consider the best entry-level ANC earbuds, the Coumi Freedom Dots) and that’s due to the wise decision to use more than one microphone (there are three in total). And I noticed that the manufacturer has also included automatic ear detection which has worked flawlessly. 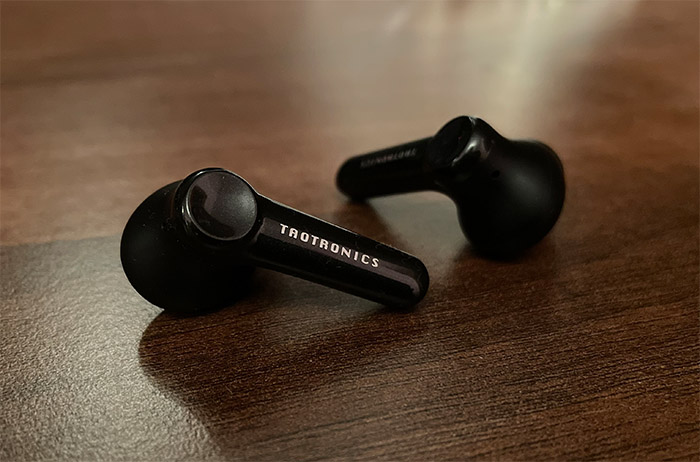 The advertised battery life is usually best taken with a pinch of salt and yes, TaoTronics does say that you will get up to 9.5hrs of non-stop music on a single charge, but we will put that to the test. Other than that, the sound quality was interesting and a bit different than what I saw on other TWS earbuds, and I could use them for many hours without feeling any discomfort in my ear, so, without further ado, let’s check the SoundLiberty Pro P10 out to see whether you should consider them as your next purchase.

After I took the TaoTronics SoundLiberty Pro P10 earbuds from the charging case, I noticed that they looked very similar to Coumi Freedom Dots which, in turn took inspiration from the Apple AirPods Pro. The good news is that even if the shape may look a bit strange, this is a proven design, so yes, the Pro P10 fit really well in my ears and I felt no discomfort after wearing them for 4-5 hours at a time. And that’s not something that happens too often with budget-friendly earbuds, especially the pea-shaped ones. That being said, the TaoTronics SoundLiberty Pro P10 earbuds have a small plastic body mostly covered by a black matte finish, while on the outside, the finish is glossy. 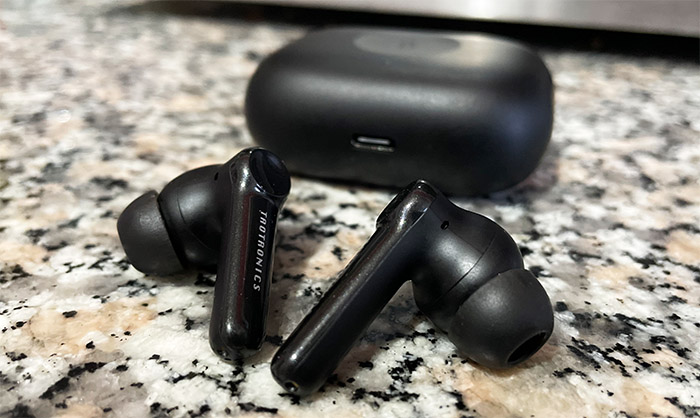 Each earbud measures 1.37 x 0.98 x 0.78 inches (3.5 x 2.5 x 2.0 cm), so they’re very compact, despite following the design blueprint of the traditional earbuds. It’s worth mentioning that the Pro P10 are also very light, so you can barely tell they’re inside your ear. This makes them comfortable to wear and, since TaoTronics decided to not use a physical button, but to rely on a touch-sensitive area, it ensures that operating it, won’t irritate the ear canal.
Indeed, the manufacturer made sure that the touch-sensitive area is easy to identify with your finger, despite being smaller than on other devices and it has a slight cavity to discourage you from tapping too hard on the earbud. 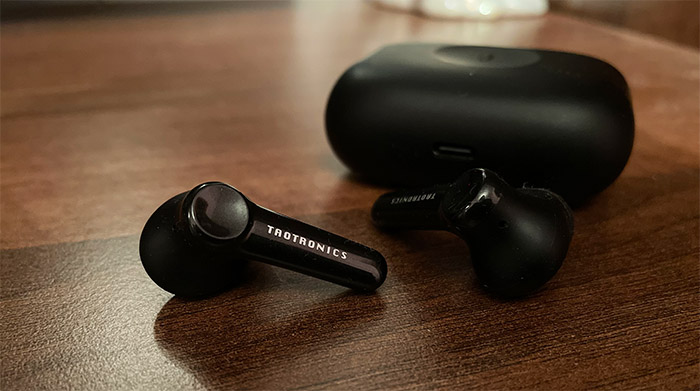 If there’s an incoming call while you’re wearing the Pro P10, you can answer it by tapping once on any earbud or you can reject it by tapping and holding for two seconds on any of the two earbuds.
In my tests, I was fairly satisfied with the performance of the ANC and that’s because TaoTronics decided to use three microphones instead of one, as many other manufacturer of inexpensive TWS earbuds have decided to do. So, there are two microphones for ‘hearing’ and suppressing the ambient noise, and a single microphone which I assume sits in between the two copper charging contacts for picking up your voice – it has proven to be very useful during calls.

The passive sealing is also excellent – you do get additional three sets of eartips to help you find the perfect match. And TaoTronics also say that the Pro P10 are IPX8-certified which means that you should be able to submerge the earbuds lower than 3.28 feet for about 30 minutes without receiving any damage. Since the Bluetooth signal will not pass through water, this rating is more of a proof that you don’t have to worry about getting your SoundLiberty Pro P10 wet. So, you can use them while working out and it seems that even a shower won’t harm them. Still, since they don’t have hook-type silicone tips, I suggest against wearing them while exercising outdoors since they can fall off your ears and you will lose them this way. What’s interesting is that I saw no LED on either earbud, but I can’t really say I miss it. 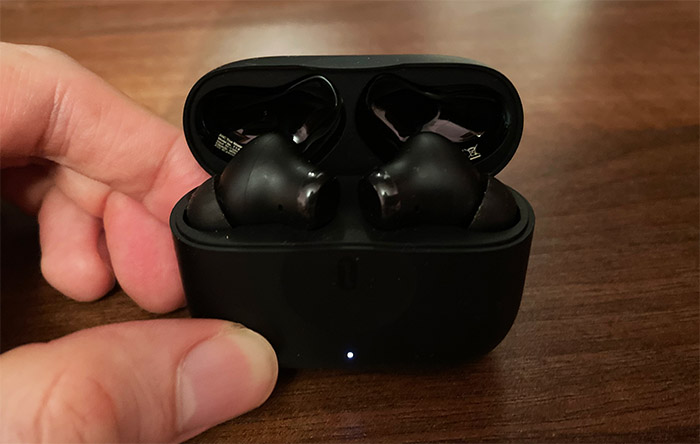 The charging case is very small and compact, measuring 2.36 x 1.77 x 0.98 inches (6.0 x 4.5 x 2.5 cm), and it’s also covered by a black matte finish. The earbuds can easily slip in and out of the case, and I did like that the lid is magnetic (the process of closing and opening of the lid is very smooth and satisfying). I also appreciate that TaoTronics used a USB type-C port for charging the case, but what I didn’t like was the single LED which shows the remaining battery life. The best way to do it is either by adding a small display and show the percentage there or simply put four LEDs, each for 25% of battery. A single LED is vague and confusing, so it wouldn’t have been much of a loss if it was missing completely.

The TaoTronics SoundLiberty Pro P10 are equipped with 9mm drivers that have PU and PEEK composite diaphragms and they’re about the average size for a pair of TWS earbuds (the largest that I saw was on the Coumi Freedom Dots which had 12.5mm dynamic drivers). It’s known that the size of a driver does not ensure a better sound quality, since it’s the fine tuning the factor that’s going to make a difference, but, a larger driver could still offer a better volume and, in some case, a fuller sound. The SoundLiberty Pro P10 earbuds make use of the Bluetooth 5.2 which comes with some improvements over the previous generations, such as the increase bandwidth (which is not really going to help much in case of wireless earbuds with no support for the best codecs) and the better support for multipoint, which is not used by the Pro P10. 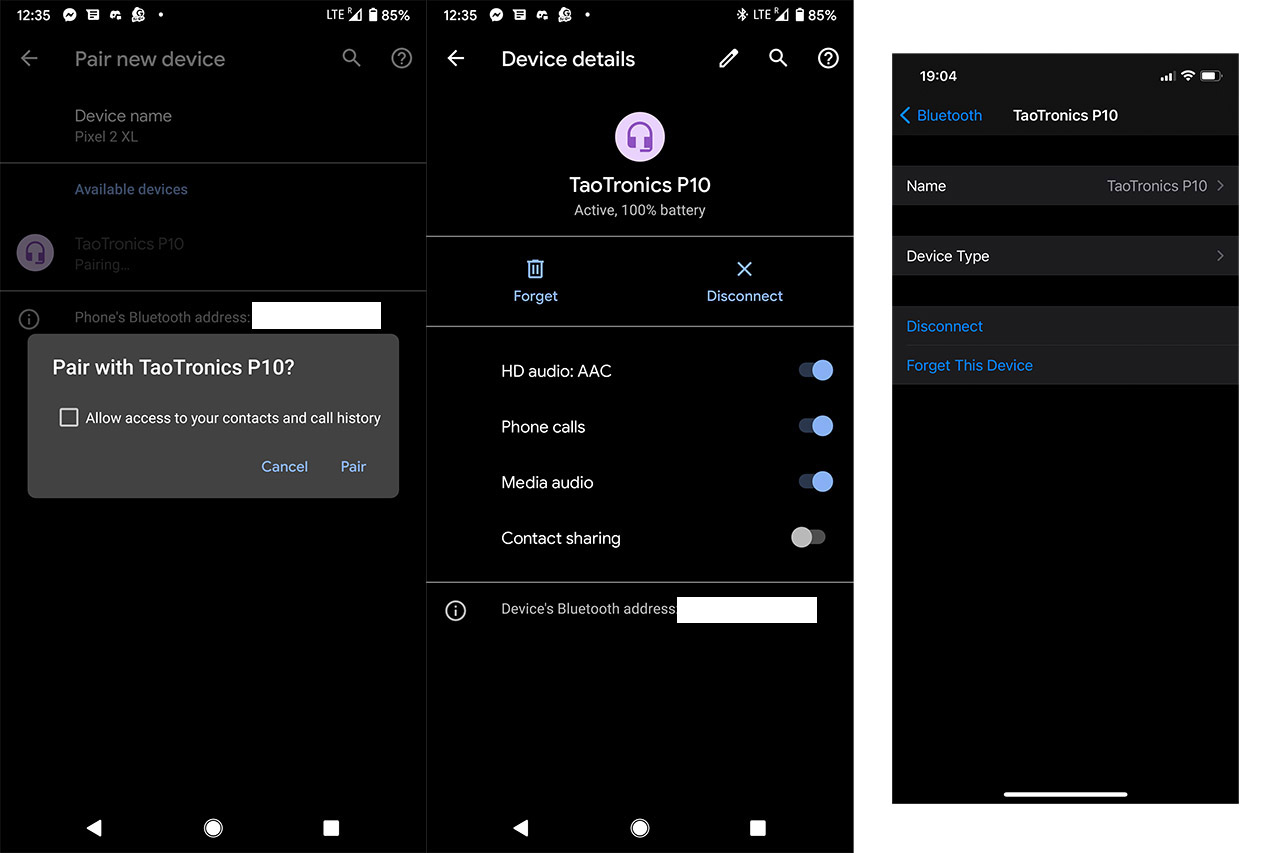 The coverage is pretty much the same as with the previous three to four generations (down to v4.2), so the audio signal will become unstable after about 30 feet. At the same time, I do have to mention that I saw a better battery life with TWS earbuds that support Bluetooth v5.2. In order to pair the TaoTronics SoundLiberty Pro P10 to my Android phone, I had to turn off the Bluetooth on the mobile device, take the earbuds out of the charging case and then search for them in the Bluetooth list. A Pixel 2 XL showed support for AAC, so there’s no support for aptX. On an iPhone, things are essentially the same, only the pairing requires a few more steps to see the TaoTronics earbuds (you need to go to Bluetooth Settings and wait for Other devices to detect it). 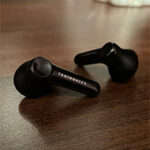