The Vidlok W91 is a fairly compact business-suitable webcam which was designed to cater to those users that need a plug-and-play device which can capture decent videos (with good autofocus), that have great microphones and even a built-in speaker would be a welcomed bonus.

And that’s exactly what the Vidlok W91 promises to offer since it seems to allow the capture of 1080p live footage, it says that it has a wide angle and support for autofocus, there’s a built-in speaker and it has two microphones. This way, thanks to the wide-angle, you should be able to include more people into the conference call and, because it has two microphones, it apparently makes use of the noise canceling technology to keep the background sounds to the minimum. That being said, is this business-focused exclusivity warranted? It will definitely work for other purposes outside the business conferences, especially now, when social distancing is very important and to travel is very difficulty, so people have made use of webcams these past couple of years a lot more than before – at least those that didn’t want to make use of their smartphones.

Since the smartphone can sometimes be less reliable in a more serious online meeting (although very rarely), a dedicated webcam has proven to be a good time-proven solution. Especially if it has everything that’s needed for a two-way communication included (minus the display). Unfortunately, the webcams didn’t really evolve that well over the years, so most still seem stuck to the technology level of a decade ago, but let’s see if the Vidlok W91 is better than some of its peers.

The webcam is not really the most exciting part of a PC setup. It can be if you don’t mind paying a bit more, but most entry-level and mid-range devices have a lens in the middle of an elongated plastic case and it sits there, at the top of your monitor, checking your every move. The Vidlok W91 is built to be business-friendly, so there are no bold design choices and that’s fine because the device is elegant enough to not be out of place in an office.

The webcam has a cylindrical plastic body covered by a dark gray matte finish, with the autofocus lens on the left side, leaving the right side for the adjustment arm and the speaker. Indeed, the cylindrical main body of the webcam is actually divided into two separate parts, the right side remaining fixed in position, while the left side can rotate at an angle of 45 degrees (up and down). The speaker is located on the side of the Vidlok W91 which may not seem like such as good idea if we take into account the way the sound travels, but the manufacturer made it quite loud and it doesn’t sound bad at all. It’s very similar to the way some entry-level laptops sound. Perhaps a stereo system would have been better, but then again, it does work just fine for conference calls and you don’t need to connect any other additional device to the computer.

On the front, besides the 2-megapixel CMOS image sensor, there’s a Power LED which stays solid red when the camera doesn’t record anything and will become solid green as soon as there’s an active video feed. This is great for letting you know in case some program or app enables the camera, but then again, it’s not that difficult to alter the software, so it’s best to keep the Vidlok W91 disconnected when not in use (or put a sticker on top of it as Mark Zuckerberg does). There are also a couple of two LEDs, one for the first microphone and the other for the second microphone. The weird thing is that none of the LEDs light up at all in any situation. 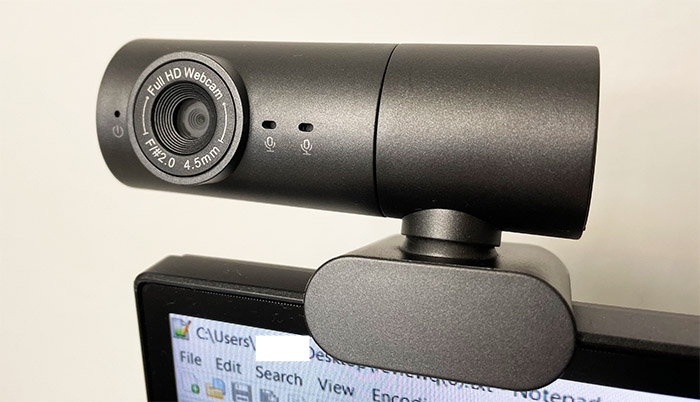 I tried using Skype, Signal and some other video call apps and, while the microphones worked well, the LEDs would remain turned off. I am not sure whether it’s something I did wrong or if it’s a hardware / software thing, but don’t rely on the LEDs to tell you that the mikes are working (another reason to disconnect the USB cable from you PC after you’re done using the webcam). The cylindrical body of the Vidlok W91 is attached to a small stand that can be adjusted to allow the device to sit on a flat surface or it can be opened and create anchor points to be able to stay at the top of a monitor (it also moves 360 degrees).

The manufacturer has added soft rubber pads where the stand gets in contact with the monitor (or laptop), so the webcam won’t scratch the surfaces, nor will it be able to slide off and fall. At the bottom of the stand, there’s a hole which you can use to attach the webcam to a tripod, but Vidlok did not add one in the package, so you will have to use your own. In terms of size, the W91 measures 3.5 x 2.2 x 1.9 inches (9.0 x 5.6 x 4.8 cm), so it’s neither the most compact, nor the largest webcam I have seen in this price range. Furthermore, I noticed that the Vidlok W91 has a very long cable – it’s 6 feet long (1.85 m) and it ends with a USB type-A connector.

The installation process of the Vidlok W91 webcam requires that you connect the USB cable to a computer. And that’s it, this is a true plug and play device, so there’s no additional software that needs to be installed. I connected the webcam to a Windows OS computer and the Power LED immediately turned solid green. 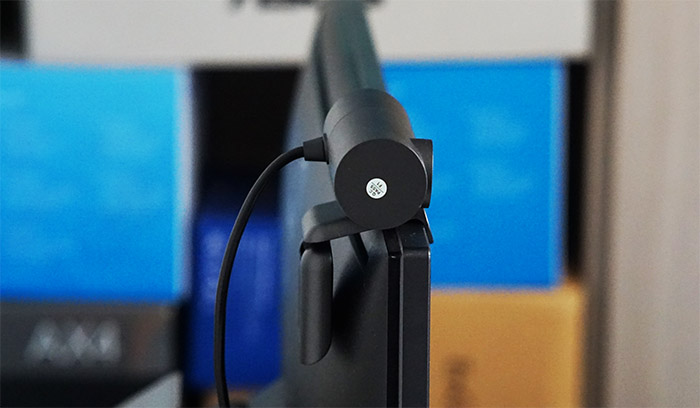 Afterwards, I opened the default Camera app to check the detected settings and I was able to see that the video quality is set to 1080p 30fps and the 16:9 aspect ratio. The photo quality detected that we are indeed dealing with a 2.1-megapixel lens with the resolution set at a maximum of 1920 x 1080 pixels. I set the Flicker rate to 60Hz, but you can change every option to fit your liking. At the same time, the Vidlok W91 does not eat up that much from your bandwidth, so there really shouldn’t be a point in lowering the video quality. As I mentioned in the previous section, there really isn’t a way to be absolutely sure that the camera is on or off, so I would have liked to see a plastic cover that can be moved in front of the lens. 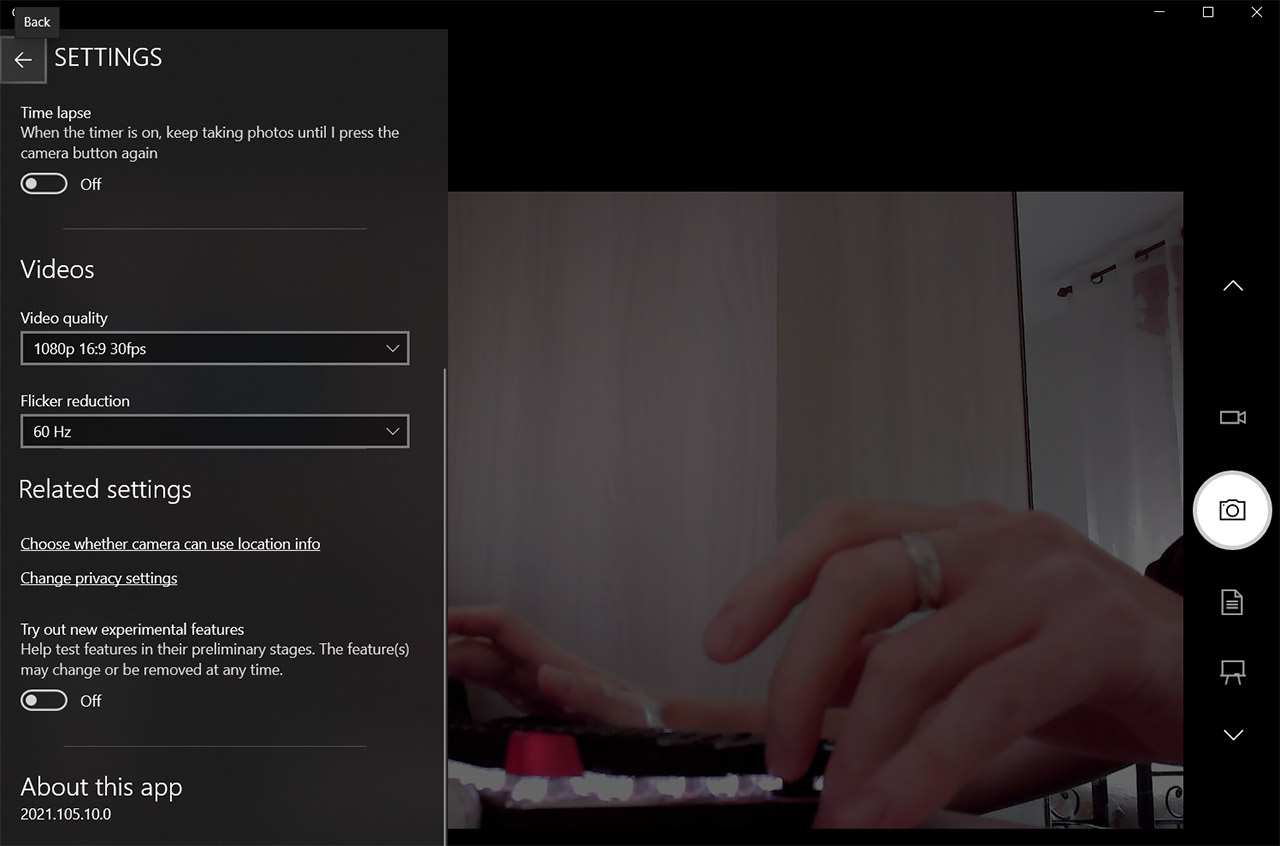 The video quality is really not that great and it needs an insane amount of light to render a fairly sharp image, like being outside in a sunny day, which is really not an option considering the targeted audience of this webcam. I did have a 1440p display, so I did try to keep the camera image smaller than the entire screen, but even with a healthy amount of light, you can clearly see that there is a noticeable amount of noise and the features of the snowman and myself aren’t very clearly defined (ignoring the censoring). 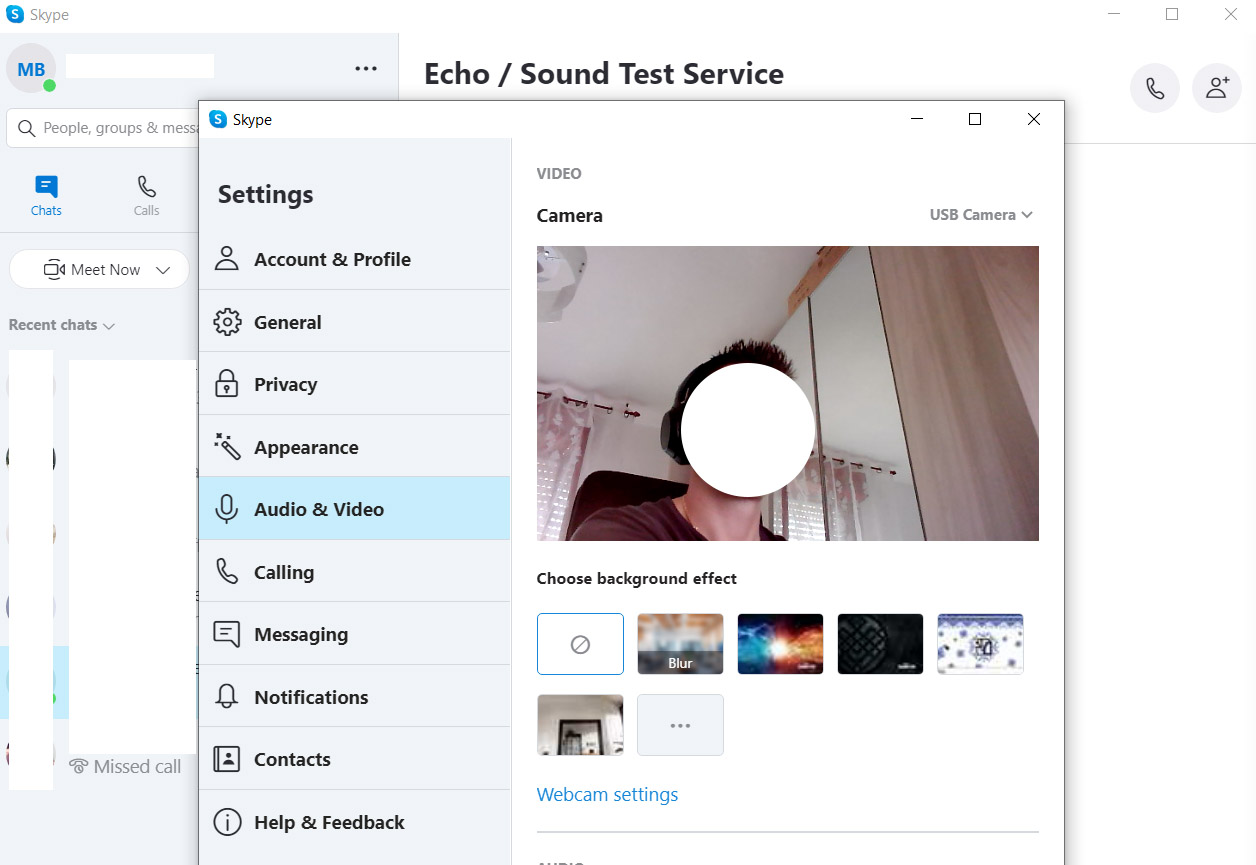 The interesting thing is that if I close the blinds and leave the room semi-dark, there really wasn’t that much of an impact on the image quality which further enforces that the camera simply wants a lot of natural light (aka, it needs a bigger sensor). The autofocus doesn’t really make its presence known which may be a part of the reason why everything is kind of blurry. So yes, the image quality is slightly below average, but it does have one redeeming feature and that’s the microphones which sounded a lot better than other entry-level webcams on the market.

I also have to mention that the viewing angle is only a bit wider than on some other webcams, so it may allow for another person to be in the frame, but don’t expect anything too crazy – it doesn’t really have a proper wide-angle lens.

I know that the past two years, more and more people were forced to work from home, so the manufacturers saw the opportunity to put the webcams back into the spotlight. But Vidlok, like many other manufacturers of inexpensive webcams have fallen in the same trap and have kept using dated technologies. Don’t get me wrong, I do like the ANC, the microphones work great, but the video quality is not that good. And people will notice because they are accustomed with powerful smartphone cameras which sometimes rival some cheap DSLRs or mirrorless cameras. At the same time, I do admit that the sound quality is at least as important as the video quality and then there’s the speaker which removes the need of using additional hardware, so, if you’re not bothered by the image quality, then the Vidlok W91 is an alright solution. 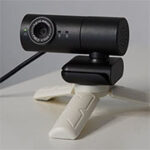