What is a smartwatch?
We have heard for a little while about this tiny gadgets and the increasing interest a lot of people have shown, but what is a smartwatch and what does it do?
Well, a smartwatch looks like a normal wristwatch but, besides showing the exact time, it comes with “smart” capabilities. You will have to connect it to a smartphone or tablet in order to access the smart functions.
Some have called them an add-on to smarter gadgets.

What can a smartwatch do?
Smartwatches come with various configurations and applications but the most common features are the possibility to read emails, text messages, take pictures, act as GPS and a lot more. (Note: Right now, the Pebble company has implemented about 5500 pebble apps for their smartwatch.)

In order to access the applications of other smart devices, the smartwatches usually connect via Bluetooth.
Note: Some smartwatches may not connect to all smartphones and others may lack compatibility to various operating systems (not all are compatible with iOS and Android). 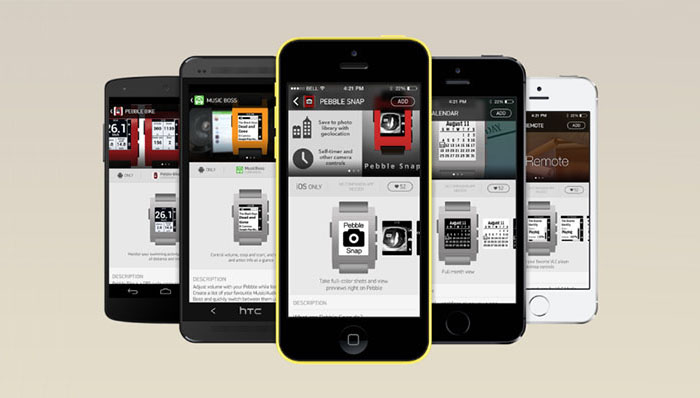 Why do I need a smartwatch?
If you don’t like to check your phone every 5 minutes and fancy the idea that your watch may alert you when you receive emails, keep up with important news, check your social feed or other important services you may have subscribed to, then the smartwatch is the perfect device for you.
Basically you will be far less distracted than you would be when checking a smartphone, you will not be interrupted from your work and when an important notification arrives you will know about it. Besides all this, smartwatches are used extensively for their fitness applications.

Applications like RunKeeper will monitor your heart rate, count steps, measure your stress level and how many calories have you burnt.
Hopefully we managed to capture your interest so let’s have a look at one of the best and non expensive smartwatches available, the Pebble Smartwatch.

Note: The Pebble SmartWatch took birth thanks to a very successful Kickstarter campaign that managed to raise over 10 million dollars in about five weeks.

Design and Display
At the first glance, the Pebble Watch looks like a normal watch. It has a simple, yet elegant look, without being bulky or heavy. The casing is made of plastic and has a comfortable and sturdy strap.
It weighs 38g and its dimensions are 50x32x11mm. On the right side you will find the up-down and select buttons and on the left side a single menu button along with a set of contacts for the magnetic power connector.
The Pebble Smartwatch is not fragile and is capable to withstand temperatures between 14 to 140F and will function even if it is submerged up to 160 feet in water (this is great for explorers!).

The display features a 1.26in 144×168 Sharp Memory LCD e-paper, it is black and white and is covered by a plastic lens that can reflect light. Although the viewing angle is not a full 180 degrees, you will be able to see notifications or any other running screen app without the backlight during the day quite easily.
Comparing to its competitors, the screen is a bit of a low point but it does its job properly.

Performance and Battery Life
The Pebble Smartwatch features an ARM Cortex-M3 processor and 512 KB on-chip storage that will be able to retain some apps and customizable watch faces. Besides the main specs, the watch has a magnetometer, an ambient light and a three-axis accelerometer.
The apps should take advantage of all this features and create a great user experience.
Thanks to its tiny low-resolution display and the 140 mAH battery, the Pebble watch is capable to keep up to 5 days of extensive use and over a week of occasional usage.

Note: Pebble watch does not have a battery indicator.
To be able to be waterproof, the Pebble watch can be charged by connecting a bespoke cable to the small magnets on the side of the watch.

iOS and Android
What’s really interesting about this watch is that it supports both the iOS and Android platform.
After downloading the Pebble app, first we tested the watch along with an iPhone. It was a bit of a hassle to make it run, as iOS doesn’t really seem like it tried to make a good management for Pebble but after we configured it properly, the watch worked perfectly along the iPhone.

We were able to download the best pebble watch faces and access contact support but it does seems like everything happened at the iOS level (iOS acted as a placeholder).
The Android experience is quite different. The settings on this platform seemed to be more in place and the apps made more sense. Comparing to iOS the Android seemed more open and with a lot more applications to choose from.
In the end we were able to synchronize with both platforms and we were able to receive emails alerts, income calls or text messages and thanks to the Pebble store we could successfully customize the display, download cool Pebble Watch apps apps and even some games (like Flappy Bird) no matter if it was made along iOS or Android. 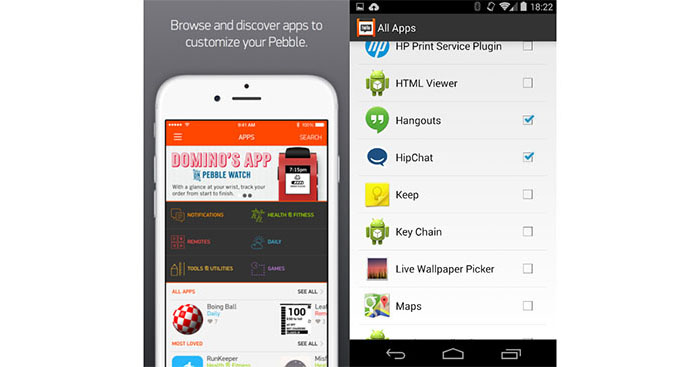 Note: Pebble Smartwatch is compatible with iOS 6 or higher and Android 4.0 or higher.

As a conclusion we can say that Pebble did not make the same mistake that many manufacturers make when trying to build a smartwatch, they did not try to create a small wrist strapped smartphone. Instead they made one of the best smartwatch configuration, by creating a light, simple and capable device that put smartwatches in the list of one of the most wanted devices right now in the world. 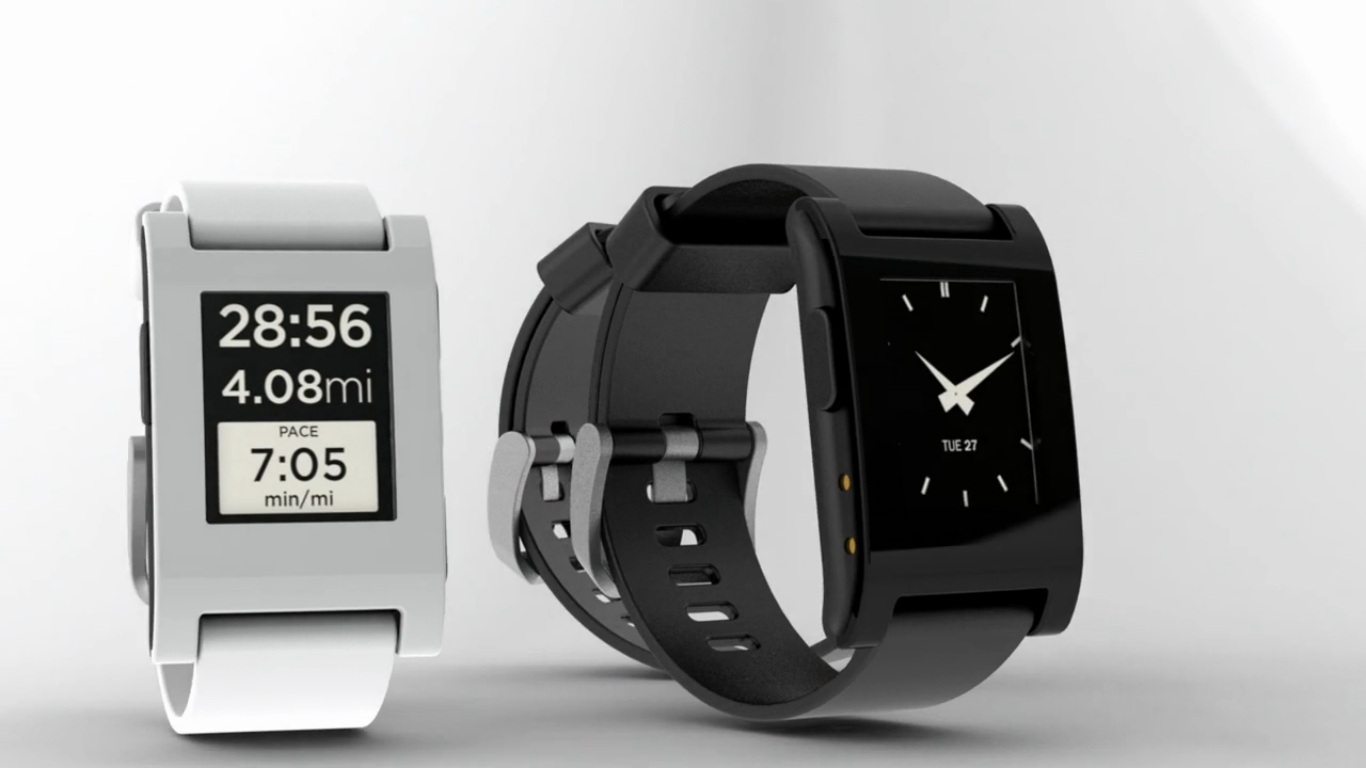