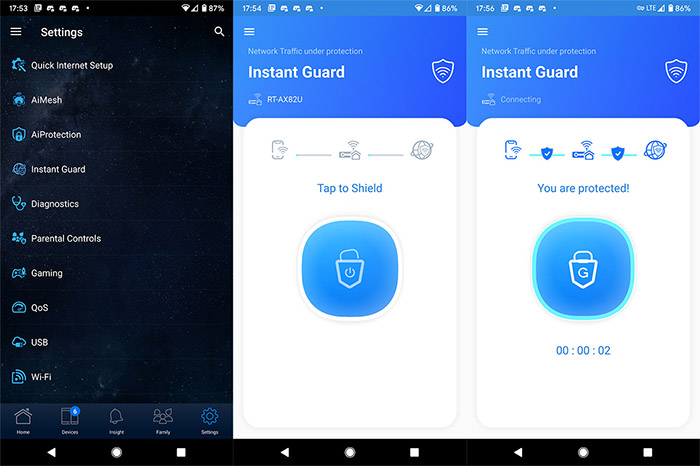 Asus has recently released the RT-AX68U WiFi 6 router and with it, a new feature was added called the Instant Guard which comes in the form of a separate app on the mobile device and as integrated part of the web-based user interface, but only for the status info. The idea behind the Instant Guard … Read more