I bet you have been eyeing that hefty discount to that cool powerful laptop for a while and, since most of us are now grounded and have to work from home, what better time than now to punish our wallets, but should you actually consider buying a refurbished laptop? Like I said before, most of us are now constrained to work from home, so, due to the guaranteed financial uncertainties for the following period of time, I am pretty confident that the less we spend, the better. I know that a new device has a certain allure, but the newest laptops aren’t immediately available as refurbished, so don’t go looking at the newest MacBook Pro and instead give this discounted MacBook a chance. 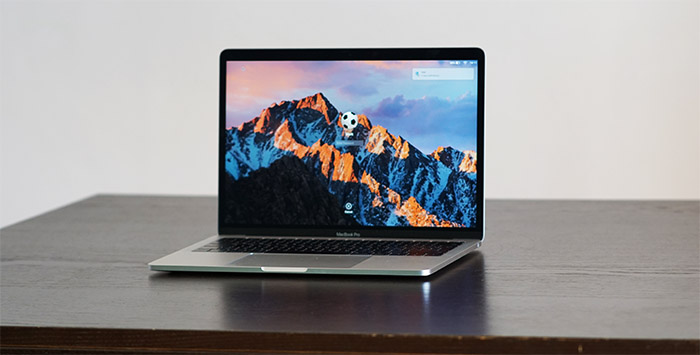 It’s not everything sunshine and rainbows, since there are some risks that you need to take into account before pulling the trigger on a deal, such as the pretty obvious possibility to get a broken device and with computers, things can get even trickier with some components that can fail after some time and not immediately – the reason why you need to make sure that the product comes with a lengthy warranty in order to cover any possible mishaps. But there are also some gains which are quite significant and it’s not only about the reduced cost (which I admit, is going to be a decisive factor), there’s also the possibility to get a new device that was returned for aesthetic reasons or a leased business computer but, considering that the environment hasn’t been that kind with us lately, we should also take into consideration the reduced electronic waste.

What exactly is a refurbished device?

I have been talking about refurbished laptops, but since this term has been freely used by the manufacturers to mean more than one thing, it can be confusing especially when the seller doesn’t specify the condition of the device. Refurbished means reconditioned, so a refurbished laptop refers to a portable computer that has been checked for defects, repaired and then inspected to ensure that it functions properly. This way, you get a device that should be issue free for at least the duration of the warranty (ideally a lot more) and that should be indistinguishable from the brand new product, at least on the outside.

Now, like I said before, this terms can also be used to reflect other various states, such as devices that have been returned due to either aesthetic reasons or because the user didn’t understand the way it functions (happens more often than not and it’s a treat for the second owner), it can also refer to devices previously used for display or testing purposes or it can simply be the case of damaged packages while the product remained intact.

Used vs refurbished laptop (or renewed)

A refurbished laptop is likely to have been used, but that doesn’t mean that these two terms are interchangeable, not by a long shot. A used laptop will have some wear, especially if it was owned for a prolonged period of time, it may have some dead pixels, probably some old internal components (that could fail at some point), while a refurbished device should have been thoroughly tested for any possible fail. That’s still a bit difficult with laptops, since, similarly to the used product, a weak component that can fail a few months after the purchase can go unnoticed even by the engineers from the OEM itself. And that takes us to one of the most important difference between a used and a refurbished laptop: the warranty. 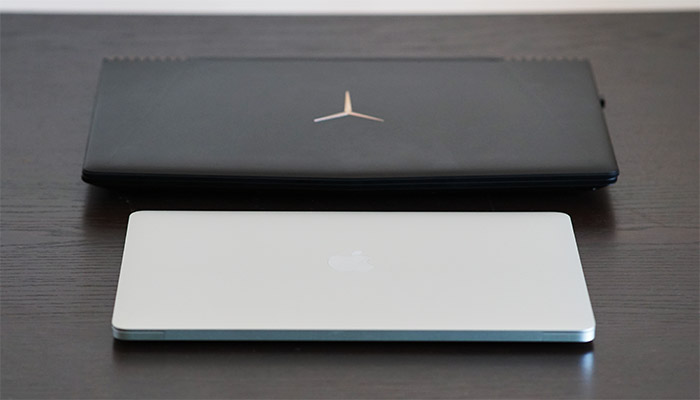 A used laptop can either be completely out of warranty or still have a few months remaining (if the device is fairly new, since you usually won’t get more than two years), but a refurbished computer more often than not will come with a one year warranty and that should be enough time to let any potential fails to surface and be fixed at no cost to the customer. Lastly, depending on the preferred vendor, you can also get solid support for the duration of the warranty, something that won’t happen when dealing with private people that sell their used goods.

What are the risks when buying a refurbished laptop?

When you buy a refurbished smartphone, you can pretty much immediately see if something is wrong with the device, but with laptops and computers, in general, things are a lot trickier. Probably the number one enemy of a laptop is the heat (right next to dust) which if not held under a certain limit, can throttle the performance of some components and damage others. Let’s say that a customer returns a laptop due to a bad CPU fan (or any other cooler) and the professional checks the CPU (which will most likely be fine), but the rest of the components (parts of the motherboard, such as a capacitor) may already have been damaged – the HDDs are also very sensitive to heat (and constant exposure can lead to a reduced lifespan). The point is that the quality control has to be thorough and even then, some things just fall under the radar, but again, a lengthy warranty should be enough to protect you from such cases.

The aforementioned risks come when buying from reputable manufacturers (ideally, it should be the ones that built the device in the first place), but, if you go with third-party repair shops (or websites), you could end up with parts that are not original and sometimes of lower quality. In an ideal world, this would be mentioned, but, as expected, it rarely happens, although the price tag will most likely reveal a commonly-occurring situation: when original parts are used, the discount is a lot smaller. Besides the product itself, there are some risks related to the seller, such as the return policy and the support. For example, Dell offers a 30-day return window, while other retailers can go up to 90 days for its renewed products, so it’s important to check the website on its return policy before purchasing a device. The support can also be a risk, since you may end up with a defective product and with no one answering your emails or calls – that’s why a reputable seller is mandatory for this type of purchases.

What are the benefits of a refurbished laptop?

Even outside the current crisis, the refurbished laptops have been a valid option for people constrained by budget and more often than not, you can get a proper deal on a device that will continue to function just like the new one, so the most important benefit is clearly cost-related. Ideally, you would go for factory-refurbished, but the custom refurbished laptops are not to be ignored, since they usually come at a far better price and, if the warranty is about a year, it can be a no-brainer when you’re on a tight budget. 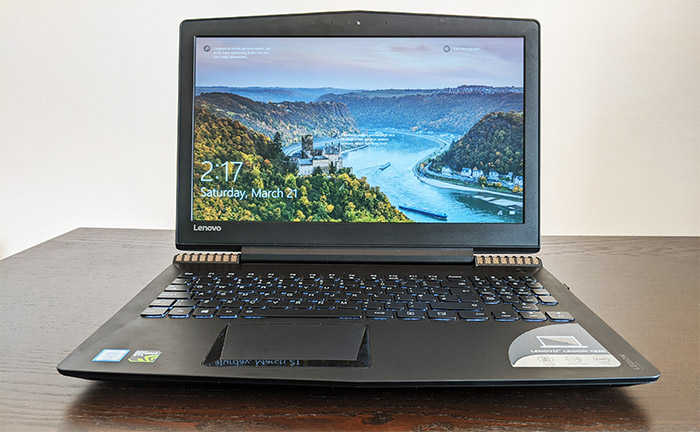 Speaking of which, one other advantage of a refurbished device (only over the used ones) is actually the warranty that can give you the piece of mind when you decide to go with third-party sellers. The fact that the refurbished products usually undergo stricter control quality tests than devices from the production line can ensure that you are getting a functional laptop and sometimes with the advantage of having an OS already installed.

I noticed that the upgradeability factor is starting to become a thing of the past with some ultrabooks and MacBooks and the environment is now on second place (at best) in favor of profit (honestly, why solder the RAM…). That’s a serious issue considering that the laptop manufacturers do actively fight against any third-party repairs, pushing the idea that a new device is better than upgrading or repairing an old one (and yes, I’m mostly talking about Apple). Since we have actually started seeing the climate change effects in our lifetime (and the oceans are filled with our garbage), I think it’s wise to think about the e-waste a lot more seriously than before, so a refurbished laptop can indeed be another step towards a cleaner environment.

You got your refurbished laptop, what should you immediately check for?

You saw a great deal and you went for it. Now the laptop is in your hands, so what should you immediately check to make sure everything functions properly? 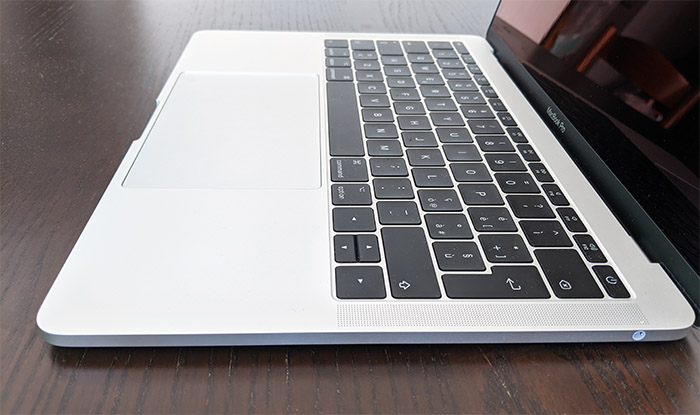 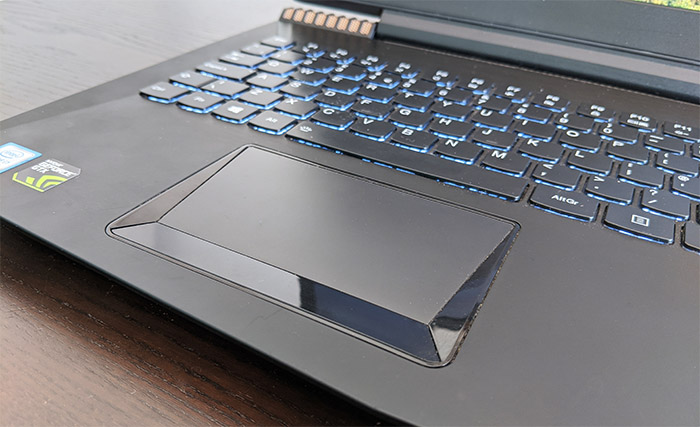 1 thought on “Is it worth buying a refurbished laptop for working at home?”