Unless there are multiple PC all streaming 8K videos at the same time while you’re playing games, then yes, a 200mbps Internet speed is enough for gaming. But, there are a few nuances that need to be explored because it’s very much possible for a 200Mbps Internet plan to not be enough or more like suitable for online gaming (obviously, offline gaming is irrelevant in this case). Why does Mbps matter, you may ask.

The world has now become very inter-connected and it is possible that a person in US (at a different time zone) may play a live match with a person in Asia. Players of such global teams have to be in contact with each other to strategize their game plans effectively.

But all of this can happen if you have a good internet connection and many ISPs only advertise their Internet’s “download speed”, which is also just a maximum potential, you’re not going to necessarily see such numbers. And for live gaming, you don’t solely depend on downloads, no, the upload will be a very important factor that many users tend to ignore.

There’s also the ping, the network latency and even your router that can be the bottleneck. So let’s explore some of these factors that will have a heavy impact on your online gaming experience even if the data plan is above 200Mbps.

Have you ever seen a small arrow on the notification bar of your smartphone, blinking and moving upwards as you upload a file to a WhatsApp chat or on an email? This arrow indicates that a file is being uploaded. When you are playing, everything happens quickly. Even the slightest delays matter a lot.

A low upload rate also causes image and sound disturbances, hurting your gaming experience. In games like racing, you cannot miss a moment. In fact, in games where you play “solo,” unnecessary delays hamper your performance.

For a flawless experience, the upload speed should be about 15Mbps, although a lot of people have no issues with less. And most Internet plans do offer that much in the US, but don’t forget that you’re not alone in your house and even if you are, some of your client devices may still use the bandwidth to upload data to the mother server. IoT devices are the worst offenders since they constantly phone back home. 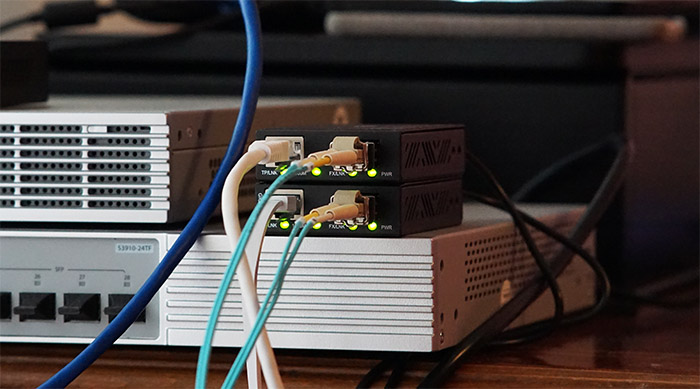 2. Let’s explore what the major ISPs offer in terms of upload on a 200Mbps Internet data plan

Comcast is perhaps the most problematic because its upload speeds only go up to 35Mbps on the Gigabit plan, so a 300Mbps download will bundle 10Mbps of upload speed! And that’s not good for online gamers. Also, it’s very important to understand that you may not see that level of performance since it depends on the amount of people that are on the node and this takes us to the latency aspect of an Internet connection.

During your online gaming session, you may have experienced what is called “lag” and these issues are quite common and are mostly influenced by the following factors:

Your ISP is greedy

The ISP can allocate a certain number of people at the same time to use a specific node (which is essentially a gateway router towards multiple clients) and, if this number gets too high, thus pushing the node to its limits all the users will experience an increased latency and lots of packet loss. In this case, a 200Mbps Internet plan or higher will not make a difference, you won’t be able to play your online games.

What can you do to fix it? Nothing, the ISP needs to add more nodes in the area, but they very rarely do, so perhaps a change of providers (if possible) may be better. Also, be aware that there are some higher-load times when everyone is at home and browses the web – try to avoid those hours and you should be fine.

If you played any of the popular MMORPG games, you know that you play with people from all over the world. But such exciting opportunities do come with some problems. It means that your game’s server can be physically distant, which is why the developers tend to group people by servers. Still, you may not have a server nearby and experience the inevitable lagging which is never good for team play.

4. Is your router good enough?

What kind of equipment you use for your internet connection also plays a big role in determining your game experience. If you have an outdated router, your experience wouldn’t be good. But should you actually consider a gaming router? I tested a few gaming routers, such as the Asus TUF-AX5400 or the more powerful RT-AX86U and they do make sense up to a certain point.

I say that because a solid QoS system is needed, but can be adjusted on most routers (so you don’t have to spend more), but the dedicated Gaming port can make matters far more simple if you don’t want to deal with the configuration process. Asus also offers the GPN feature which attempts to fix the problem with long-distance servers, but not all developers allow it, so be careful with it (don’t risk a ban). 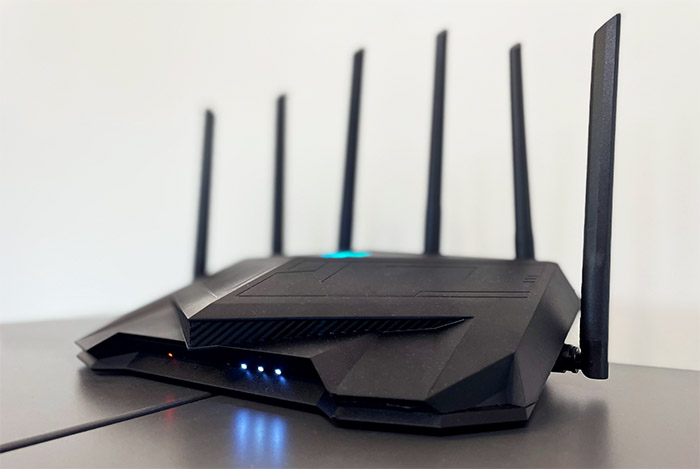 5. How many people play at the same time on the local network?

This ties in nicely with the previous section because it’s the router that needs to properly route the data between client devices. But what happens if there are more than two people that are playing online using their own computers? You need more bandwidth. And a 200Mbps Internet speed can start showing signs of fatigue if the upload speed is too low. And don’t get me started on the WiFi connection.

A wired connection is the best way to get a proper connection for your online gaming sessions and even the WiFi 6 routers will act out if it needs to stream data continuously over longer periods of time towards a high number of client devices.

6. Does the resolution matter?

In some games, it does. And it’s especially true in FPS games where users would lower the graphics settings up to the point where they can see enemies through grass. But does it actually eat more bandwidth whether the resolution is set to high or low? It shouldn’t really matter when your Internet plan is 200Mbps download and about 20Mbps upload – then again, if it does happen (which I doubt), lowering the graphics quality may even give you a tactical advantage.

7. Tips for a stable Internet throughout when gaming

Here are some tips that you can use to make your gaming experience even better: