To handle the backhaul traffic, the other tri-band WiFi systems have either dedicated an entire 5GHz radio exclusively for it (such as the case of the Netgear Orbi), allowed the system to dynamically choose a dedicated radio band from the three available (the case of the Linksys Velop) or leave all three radios open for both the client connection and for the backhaul traffic (the approach of the Eero second generation, the Pro package).

The Asus Lyra considered that the system won’t really rise up to the expectations if it allowed the 2.4GHz radio to handle the backhaul, so Asus left the two available 5GHz radios for this sensible job and, unlike any other WiFi systems, it also allows the user to choose between three types of configurations: you can either let all the clients connect to the dedicated backhaul band or completely block the access to the band; there’s also a third option, which will allow a client to connect to the backhaul band in case it tries to join it four times within 30 seconds. I really like the amount of freedom and control that Asus has given to its users, but, unfortunately, the backhaul handling is actually the biggest weakness of the Lyra as can be seen in the tests done below.

The Asus Lyra also comes with some additional features, mainly to enhance the wireless performance. The first would be the MU-MIMO technology (Multi-User Multiple-Input and Multiple-Output) which has the role of serving multiple clients at the same time instead of letting the devices compete for the bandwidth (the traditional way was to serve one user at a time, also called the round-robin technique). While this technology is great for inter-node connection, there aren’t that many devices with compatible WiFi adapters that will use this feature at its maximum, so the regular user won’t really have much use for it (and the manufacturers have always prophesied that the MU-MIMO tech will become wide-spread as soon as possible – more than two years later and there aren’t many steps made in this direction).

Furthermore, there’s also a set of useful features (such as the automatic band steering) to allow the user to seamlessly roam through multiple nodes without noticing any disconnects (it will act as a single network and you won’t have to manually connect to the unit with the stronger signal).
In order to test the wireless performance of the Asus Lyra system, I first created a simple network using one Lyra node directly connected to the modem and I selected a 3×3 compatible client device which was later added to the network in order to see what was the wireless performance at various spots inside the home. The test continued in the same manner after I added the second and the third node to the network.

Since there still are lots of devices that take advantage of the older wireless standard 802.11n and come equipped with solely the 2.4GHz radio band, I took one such device and I have connected it to the network: 5 feet away from the Lyra router, I measured an average of 167 Mbps (one of the best performances) and at 15 feet, I measured around 154 Mbps; at 30 feet, the speed decreased to 98 Mbps.

Software
Similarly to some other WiFi mesh systems (although, not all of them), the Asus Lyra allows the user to set up, configure and monitor the mesh system through a web browser and a dedicated app. For the initial set up, I chose the app (is compatible with both the iOS and Android OS) which will guide you through the installation process: first, you’ll be reminded of the necessary accessories and devices, then you’ll be asked to connect the first Lyra unit to the modem, power it on (you will need a modem, since Lyra does not have one built inside) and wait until the LED becomes solid white; next, the Lyra router will be detected by the app and you will be able to pair with it.

Afterwards, you will be asked to set up the login profile (user name and password), as well as to select the location and then, you’ll have to wait a bit for the device to detect the modem; next, you will be asked to insert the SSID and network key and that’s it, the initial configuration has finished successfully. If you want to add any new Lyra units to the network, you will have to make sure that the second Lyra is in the range of the primary unit, click Connect on the app interface and wait until the new device gets detected.

The dashboard of the app’s interface will give the user access to the Network Map, Traffic Manager, Guest Access, Family Members, Smart Home, Settings and Help. The Network Map gives a graphic representation of the network (with the status of the Internet, the Hops and the number of connected devices), the connected clients, each with the signal strength, the manner of connection and the upload / download rate, and there’s also info about the IP/MAC address and the Place. The Traffic Manager allows you to create priorities for your applications by categories (such as Gaming, Media streaming, Web surfing and more) and this is one of the few places where the app is different than the Web user interface, since there you can use the Adaptive QoS, therefore manually set the priority of each connected device (from the lowest to highest).

The Guest Access allows the user to create a Guest Network (with its own SSID and password) and you can create a timer for its availability, as well as share the Guest WiFi.
The Family Members section allows the user to create separate profiles, each with its own set of devices assigned to them and every profile can visit specific type of contents and the availability can be scheduled by days and hours (the Web interface offers the AiProtection from Trend Micro which allows the user to block malicious websites, spam, phishing and other type of intrusions – it also prevents infected devices from contaminating the entire system).

The Settings section allows the user to change the Administrator settings, the Network settings (WAN, DNS, Port Forwarding, IP Binding, enable Remote Connection), the System settings (perform Firmware update, enable or disable the LED or Reset the unit) and view info about the device in the About sub-section.
The web-based interface offers a similar experience to that of the other Asus routers (such as the RT-AC88U or RT-AC3200) and the Asus Lyra app doesn’t seem to rely on a continuous cloud connection (on the positive side, this is great since it values the privacy of the user, but on the negative side, Asus will have a harder time figuring out how to improve their devices while not having access to some diagnostic-type data). 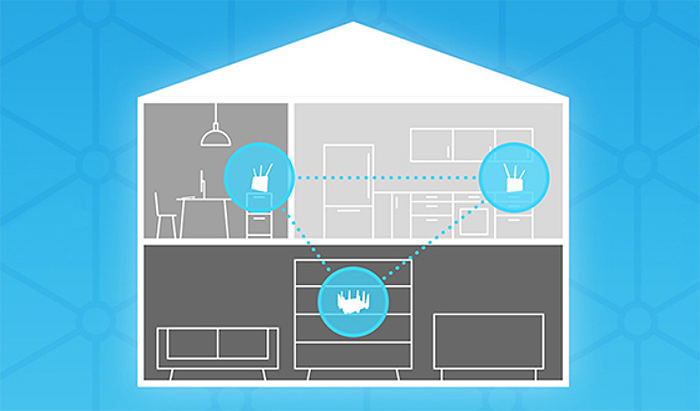 Conclusion
The Asus Lyra Home does a good job in many areas, by offering three solidly built units with a good heat management, by implementing the Ethernet backhaul (which has proven to be a major improvement for a lot of other WiFi mesh systems), it has a great web-based interface (as always), but the set up process is a bit slow using the app. So, what went wrong? Well, for starters, the wireless performance using multiple nodes is mediocre (sometimes even falling under what a dual-band can offer) and the price tag is not at all competitive right now.

Over the course of several updates, there are some visible improvements, but Asus still has a long way until the Lyra will become an attractive option. Furthermore, I noticed that at the beginning of this year, the AiMesh went out of the beta stage and it does offer pretty much everything that the Lyra can offer, while allowing the users to use cheaper (or older) routers to create a reliable mesh network. Of course, this can pose a serious threat towards the other already established mesh systems, but it also attacks their own Lyra series (which apparently has gotten bigger with the Lyra Trio and the Lyra Voice), so I’m not entirely sure what is Asus aiming to do this year. 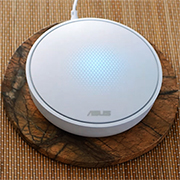