I have recently tested a pair of mini media converters from FS and these devices have proven great for expanding a network and inter-connect multiple networking devices over large distances with the use of fiber optic cables. The way it does so is by converting the current from the copper (RJ45 Ethernet) cabling to light waves for the fiber optic cables. 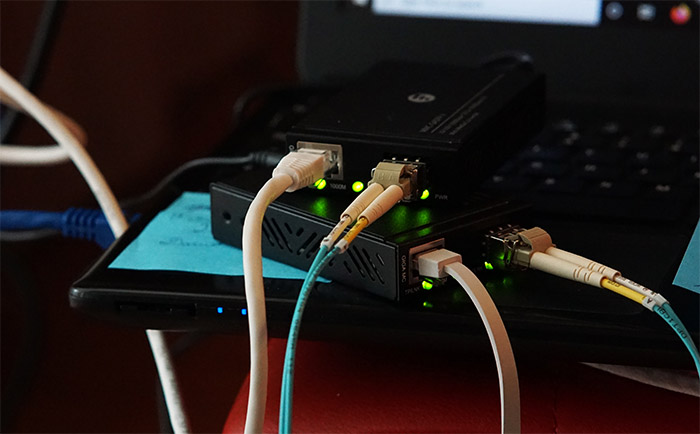 And, since a similar concept applies to the fiber Internet, people have immediately asked whether it’s possible to bypass the equipment that comes from the ISP and use their own (usually better) devices to connect to the Internet. Since the basic FS mini media converters may not be enough for actually accomplishing a successful connection, FS has made available other media converters that may be able to help us better in our endeavor, but as you will see later, things are way more complicated than expected even with the right equipment.

Can I replace the ISP modem with a media converter?

This question, although asked often on the web, doesn’t really make much sense. The reason why I am saying this is because the “fiber” Internet does not require the use of a modem and, instead, it uses what is called an ONT (Optical Network Terminal). This device is the endpoint in a PON (passive optical network – the most commonly used one) and it has the role of converting the optical signals from the fiber to electrical signals used by the copper cabling (RJ45 Ethernet).

If you are not familiar with the fiber networks, I assume you may have heard terms such as FTTH (fiber to the home) or FTTC (fiber to the curb) and the deployment of such networks (PON) requires an OLT, possibly some splitters, the ODN and ONTs (or ONUs). The OLT (optical line terminal) is the starting point of a fiber network (so, it’s ISP equipment) and its role is to convert the standard signals to the framing and frequency needed by the PON and then coordinate the ONT multiplexing (signal combining) on the optical line terminal. The ISP will most likely give you an ONT device to convert the fiber optic cabling signal to RJ45 Ethernet cable-suitable signals, so you can then connect your wireless router and expand the network (as well as connect your client devices).

That being said, you could match all the requirements of the ISP and put your own media converter (ONT), but, the problem is that the ISP will most likely want you to use their own equipment, which may even include the router itself. And that’s going to be even more of a necessity if the ISP also provides a TV or a phone service. For example, I received a GPON SFP transceiver and a media converter from my ISP, and a technician hooked them all up to a ‘proprietary’ router which also had support for phone services (completely unneeded, but it was forced down by the provider). And, if I were to switch the transceiver and media converter with my own devices, I would not have access to the Internet, unless the ISP would allow it – and they don’t.

Can I match the ISP requirements with my own equipment?

Technically yes, but, when put in practice it’s not really worth it. That’s because while the regular media converter and transceivers are Layer 1 devices, the GPON SFP transceivers are Layer 2 (and sometimes, even Layer 3), so there is a specific configuration that needs to be put in place for everything to communicate. For example, the ISP will most likely use the MAC address of the ONT, the logical layer authentication (LOID) and other info that you don’t really have access to and the ISP will not share it with you. 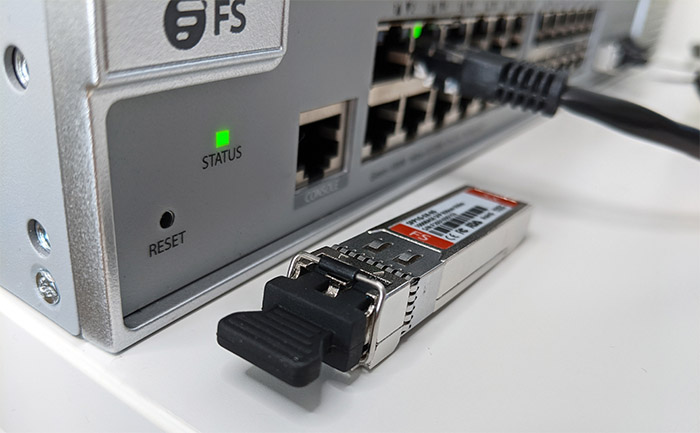 So, to answer the question on whether you can use your own media converter to bypass the ISP provided equipment (not the modem), then the answer is yes, it is possible to do so. But, considering that you won’t have the necessary info on the specific type of devices that you need to use or the configuration that would need to be shared by the ISP, then no, you still need to use the ONT and transceiver provided by the ISP. The good news is that the router that’s given by the ISP can be most likely be replaced with your own equipment and in the worst case scenario, you could bridge it to your far better router.