Besides that, the dual-band Linksys Velop has kept the MU-MIMO technology, so, multiple clients can be served at the same time (and not be forced to compete for the bandwidth), as well as the BeamForming tech, which focuses the signal towards the wirelessly connected clients instead of broadcasting it everywhere in the hopes that it will reach your devices.

In order to test the wireless performance of the new Linksys Velop, I took two computers, one is a high-end laptop which will be connected to the router via wire (with a Gigabit connection) and the other will be a computer equipped with one of the best WiFi adapters on the market (the Asus PCE-AC88). This way, I can connect the client to the one unit network, as well as the two-unit and the three-unit network and measure the speed at various spots inside the house. To choose the best distance between the nodes, Linksys provides a great tool called Spot Finder which analyses the signal strength, the latency and the throughput to determine the optimal placement for each Velop node.

So, first, I took one Velop node, created a new network and added the wireless client (to the 5GHz network): 5 feet away from the router, I measured an average of 486 Mbps and at 15 feet, the speed went slightly down to 448 Mbps; it was interesting to see that at 30 feet, the speed performance remained reasonably consistent and I was able to measure an average of 356 Mbps. On the next step, I took the second Velop node (using the SpotFinder, I put about 35 feet between the nodes), added it to the network and, using the same wireless client, I was able to measure an average of 169 Mbps. At 15 feet, the speed decreased to 133 Mbps and, at 30 feet, I measured 62.4 Mbps. Afterwards, I took the last Velop node and connected it to the network (I positioned it at about 35 feet away from the main unit, but, with a couple of walls in-between them – I didn’t dare to go for two hops). 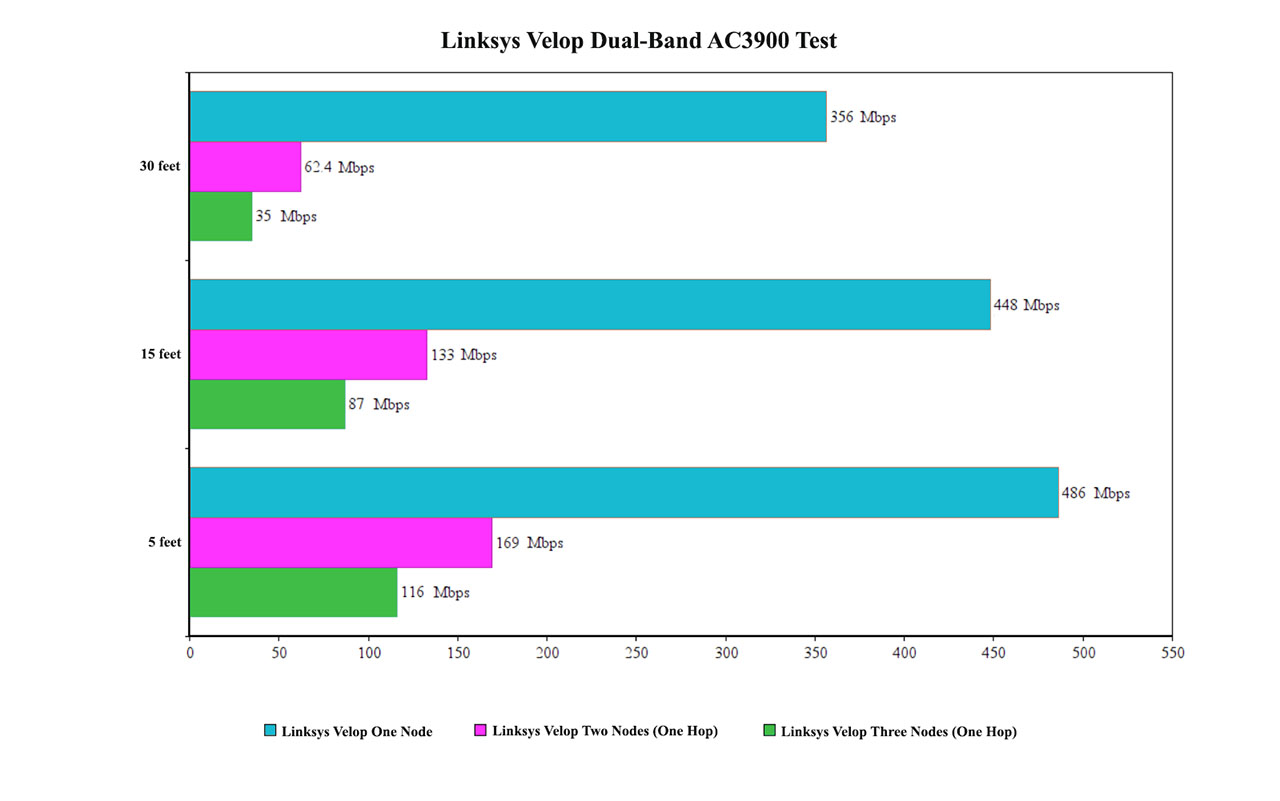 Using the same wireless client, I was able to measure an average of 116 Mbps close-by (no more than 5 feet), while at 15 feet, I measured 87 Mbps and at 30 feet, I saw a quite dramatic decrease to an average of 35 Mbps. It’s clear that the problem is the handling of the backhaul traffic, which may be fixed with future firmware updates (and as I said before, the Ethernet backhaul can ensure a better wireless performance, but it kind of defeats the purpose of a WiFi mesh system).
On the last step, I decided to use the 2.4GHz radio band and, 5 feet away from the main router, I measured an average of 169 Mbps, while at 15 feet the speed went down to 133 Mbps at, at 30 feet, I measured around 62 Mbps.
Note: If you already have some tri-band Velop units, they will work together with the dual-band Velop nodes.

Setup and Interface
The user can set up the Linksys Velop WiFi system using the proprietary app which needs to be installed on a mobile device (it’s compatible with both iOS and Android OS). After you launch the app, tap ‘Launch setup’, turn on the Bluetooth on your mobile device (needed for the initial connection to the Velop node), choose to set up the Velop system and follow the instructions to properly connect your equipment. After you’ve connected the first node to the modem, wait until the LED becomes solid purple and then allow the app to detect the node (it usually takes a few seconds). 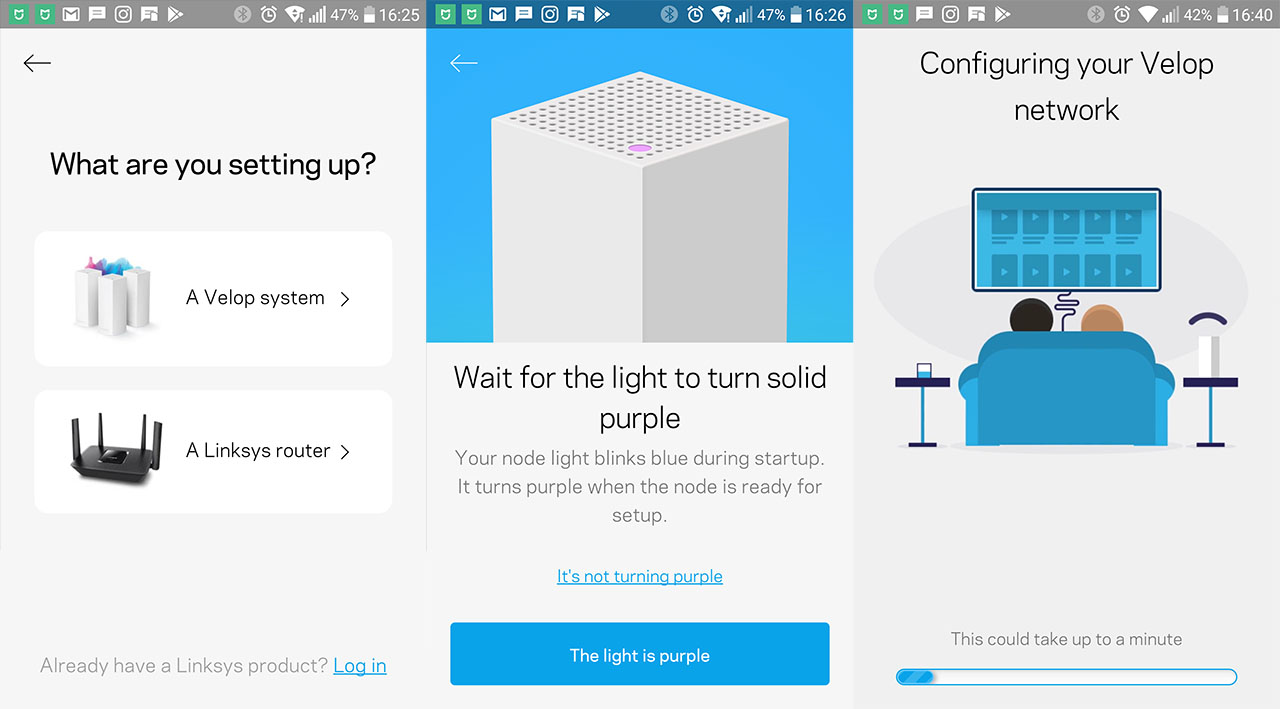 On the next step, connect to the router’s default SSID, enter the ISP settings (in my case, I had to do it manually), wait until the Velop device checks for the Internet, create a new account and then wait until the app configures your Velop network (this usually takes a few minutes). After you chose the location of the main Velop unit, you can add additional mesh nodes which requires some easy and intuitive steps (I advise to keep any additional nodes close to the main router when you’re adding them to the network – in my case, I put the secondary node at about 30 feet and the app could not see it until I brought it closer).
Note: Make sure to allow every node to update itself to the latest firmware version available.

The app Dashboard shows the status of the Velop system, the number of connected clients and it has shortcuts to the Parental Controls and Device Prioritization, while also allowing you to enable the Guest Access. Press the three horizontal lines to gain access to the menu, where you can go to the Dashboard, the Devices (a list of every connected device, as well as the node to which they’re connected, the signal strength and the used radio band – tap any client to summon additional settings, such as the ability to prioritize the devices, create Internet schedules or block specific sites for that specific device; you can also reserve DHCP), the WiFi Settings (change the SSID and password or change the advanced settings: the security type, the WiFi mode or use the Channel Finder to select the best and least crowded channel in your environment) and Guest Access. 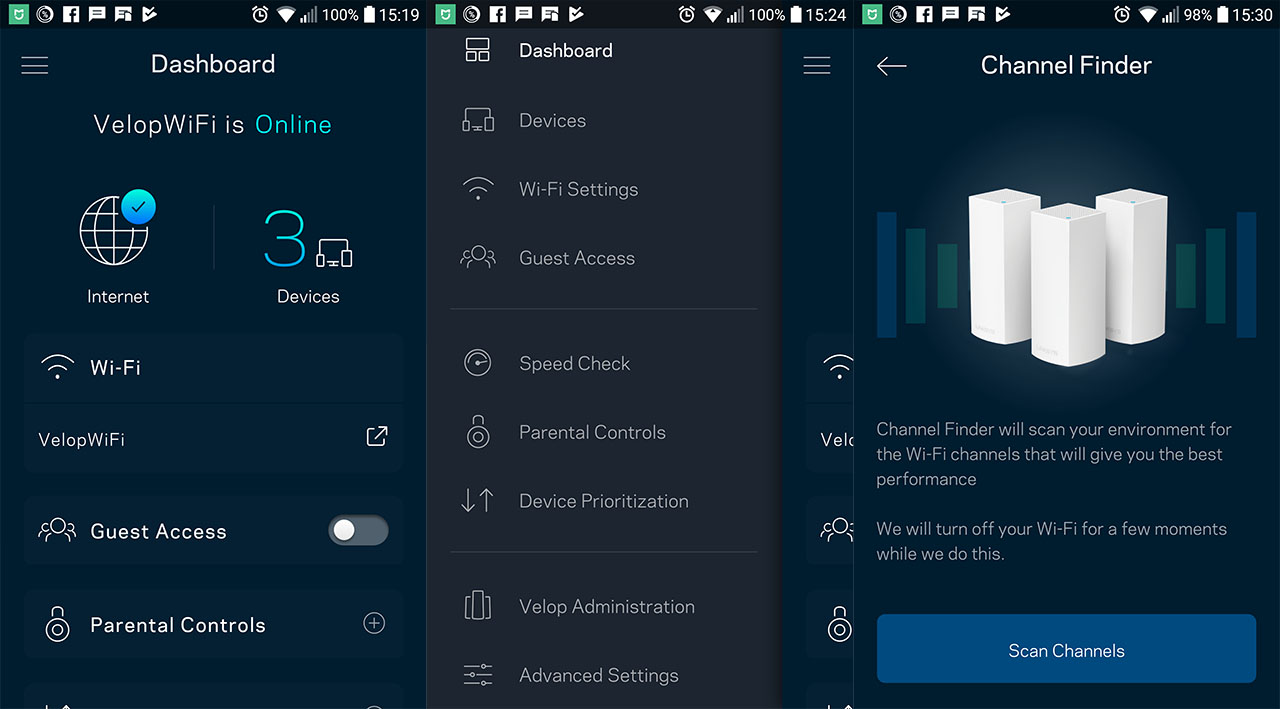 Furthermore, there’s the Speed Check, the Parental Controls, the Device Prioritization (select up to three devices which will have a higher priority to access the Internet connection), the Velop Administration (here, you can view the details of every node from your network, enable the Automatic Firmware Update, enable sending Diagnostic Information or Restart the Velop).
The list goes no to include the Advanced Settings (which features the Internet Settings, the Port Settings (Single Port Forwarding, Port Range Forwarding and Port Range Triggering), WiFi MAC Filters and Local Network Settings), the Feedback section, Help, Logout and the Set Up a New Product option.

Surprisingly, the Linksys Velop dual-band is maybe the only router offering more features on the mobile app than on the web-based interface, which lacks the Channel Finder tool, the Speed Check option and the offline notifications. That being said, the browser interface is easy to navigate and very intuitive (it actually reminds me of the Synology routers’ interface), so, if you don’t want to use the mobile app, this is a nice alternative, but don’t expect more in-depth settings to be available here. 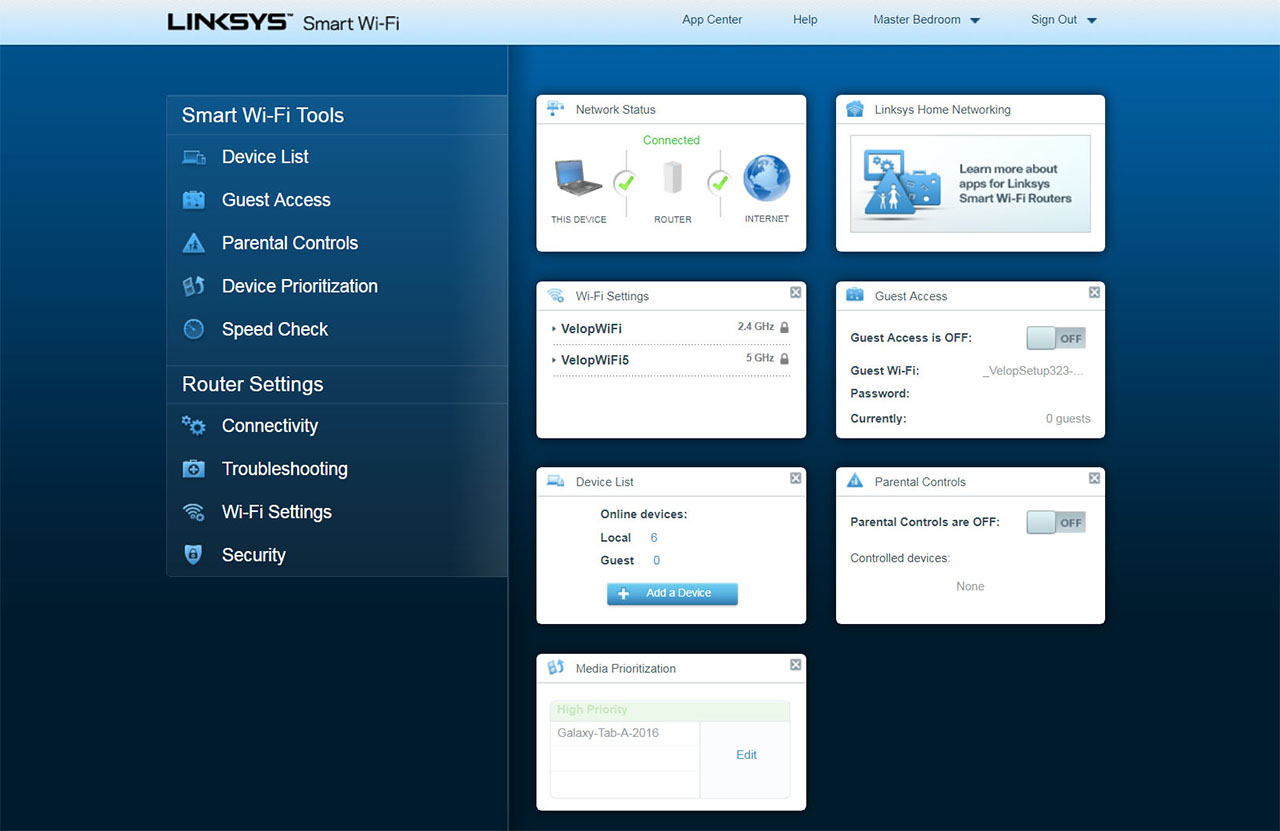 Conclusion
The tri-band Linksys Velop is one of the best WiFi mesh systems available on the market, easily rivalling the likes of the Orbi or Eero second generation and the dual-band variant was created in an attempt to dominate the dual-band sector as well. Sure, I do find the smaller case more appealing (the better heat management comes as a nice bonus) and the mobile interface offers everything the usual user may expect (the setup process is faster than how it was on the tri-band Velop, when I tested it – I also appreciate the browser-based interface), but, while the single-node performance is fantastic, the Velop still needs to work a bit on handling the wireless backhaul traffic since the performance does seem to suffer after the first hop. In the meantime, the dual-band is still more than capable to cover a small-to-medium home and considering the price tag, it is an attractive option. 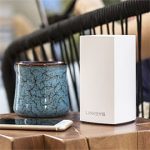