The Pixel Finch is a fairly budget-friendly lavalier microphone that was designed mostly for the users that want to up their video (audio) production value, but aren’t quite ready to go with the really expensive options.

And it’s true that the rise of social media popularity has brought more attention towards both the video and audio equipment, so the competition has gotten a bit more fierce especially in the entry-level space. Sure enough, brands such as Rode have been dominating the market for a while, but the Pixel microphones do have their appeal due to the (usually) good build quality, the decent performance and the fair price. The Pixel Finch model that I got is only compatible with iPhones and some older iPad models due to the permanently attached Lightning cable, so it’s not that great in terms of compatibility, entirely because of Apple’s closed ecosystem. 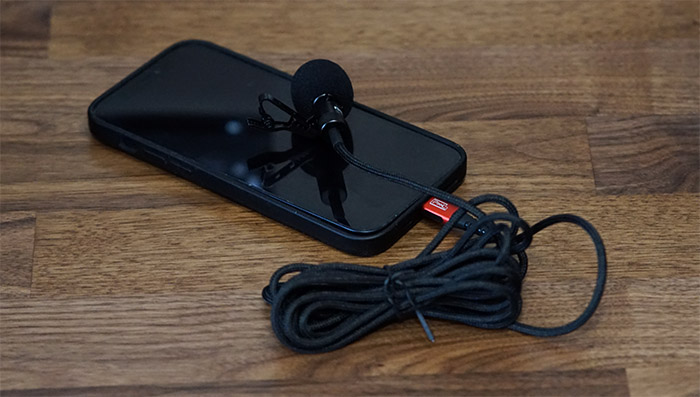 But, there are two other versions available, one with a USB-C port and the other with a 3.5mm connector. That being said, if you intend to create videos indoors, an overhead microphone is usually a better idea for a balanced sound, but outdoors and in a noisy environment, a lavalier mike is a wiser choice. That’s because it’s closer to your mouth, so the sound should be better, it also should be able to better cancel ambient sound and, ideally, it shouldn’t be affected by wind. Let’s see if the Pixel Finch is able to accomplish all this or if it’s better to look for other potentially better options.

As I said in the intro, Pixel did make some good decisions when it comes to the design. And, after opening the box, I saw that there was a small pouch with the Pixel logo on it, which is a nice way to carry the microphone around when you’re not using it. After taking the mike out of the pouch, I noticed that it’s made of metal, including the lavalier clip and we’re dealing with a braided cable. So yes, nothing feels cheap and you do immediately get the feeling that you are holding a good quality device. 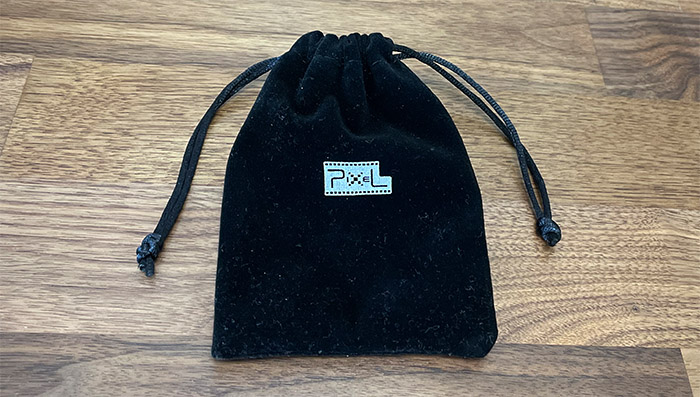 The Lightning connector has a plastic housing and it’s covered by a glossy red finish. The manufacturer says that the Pixel Finch is MFi-certified and that’s a claim that’s fairly easy to check (although it can also be vague such as the case of the Quntis 30W charger), but, after checking the website, I quickly saw that the lavalier microphone was indeed Apple approved. So yes, the Pixel Finch will not harm your iPhone – as I said in the intro, the microphone is available with other connectors as well and I am looking forward to when Apple will finally decide to switch to USB-C as well (which is probably never).

Some additional things that I need to mention are the fact that the cable is long, 9.8-feet long actually, so you can leave the iPhone on the table and speak freely at a desk – also, you can leave the phone in your pocket or in your backpack when outdoors. Furthermore, the lavalier clip has proven to be sturdy and will not easily detach from your shirt. I also liked that Pixel has added a windscreen on the microphone which should, in the best case scenario, prevent that annoying wind noise when you’re recording a video outdoors. 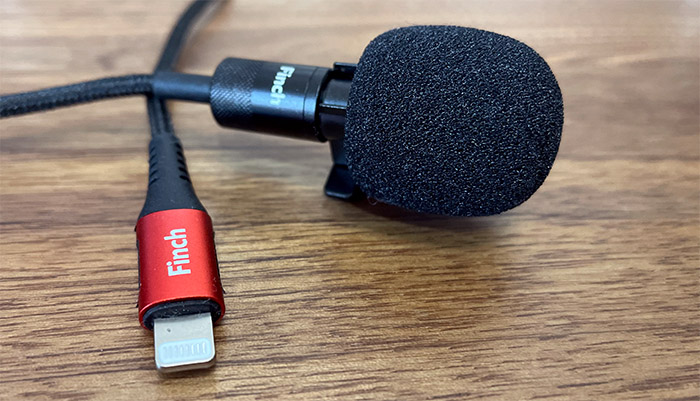 It, unfortunately did not work that great with lots of wind and that’s because it’s a fairly inexpensive foam windscreen, but the good news is that you can replace the existing wind muff with something better (if you wish to go the truly professional route).
Note: The entire device weighs only 0.32 ounces.

This is a plug-and-play device, so the installation process requires that you simply insert the Lightning connector into your iPhone or iPad (which supports this standard). Just make sure that the microphone icon shows up and you should be good to go – afterwards, go ahead and attach the lavalier mike to your clothes. There is no proprietary app required, the iPhone will simply use it as microphone, but, it will also think that it’s a pair of headphones, so you won’t hear any sound output from your phone while it’s connected. 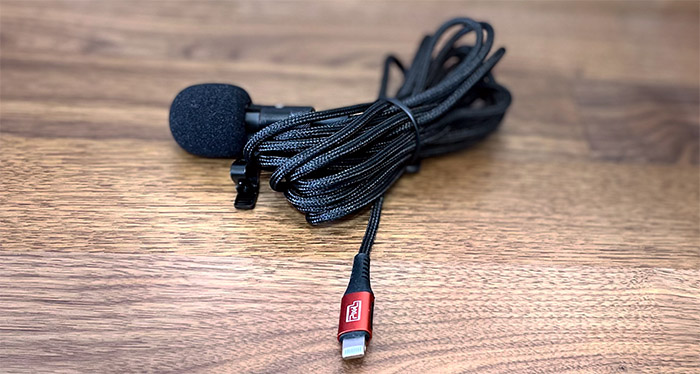 Since most of you will simply want to upgrade the sound quality of their videos or recordings captured by using just an iPhone, I will make a comparison between the Pixel Finch lavalier microphone and the built-in mike inside an iPhone 12 (which is surprisingly good by itself). I recorded myself for several dozen of minutes (with Voice Memos) while I was indoors and no significant ambient noise was present. The iPhone 12 does a good job at differentiating my voice from some mild external sounds (cars passing near my house and the sound of an air purifier fan).

It’s fairly loud, concise and it will do well with the home-made type of videos. I also need to mention that the room is prone to echoes and it completely lacks any acoustic treatment, which is obvious from the recordings. Moving to the Pixel Finch, I noticed that the volume was a bit lower and after importing it in After Effects, it seems that it peaks at about -12dB (while the integrated iPhone microphone would reach up to -6dB). It was incredibly easy to boost the sound up a bit, so be aware that, depending on the app that you’re using, the sound may require a little bit of adjusting. 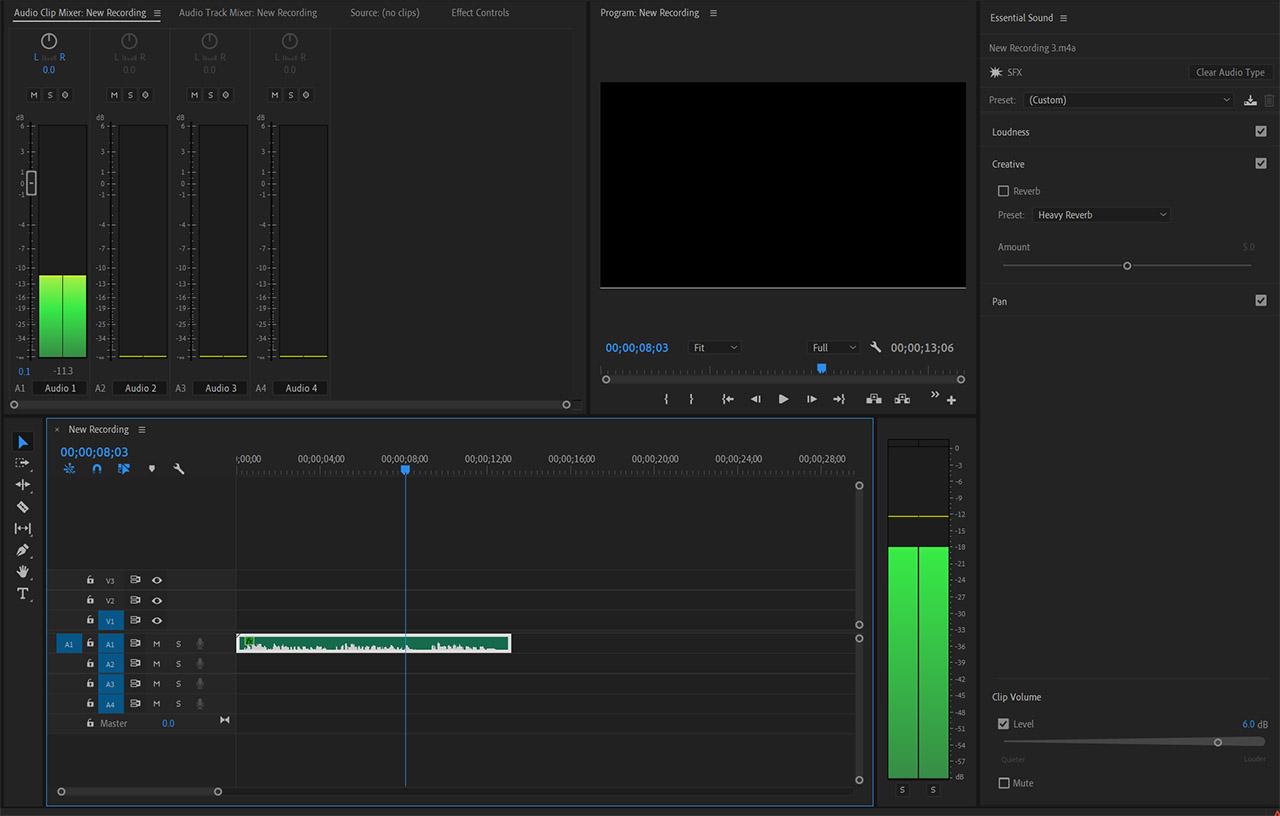 And that’s normal with vloggers and other media content creators, but may slightly inconvenience people that take live interviews – don’t get me wrong it’s still fairly loud by default, but it can be better.
The sound quality is fair considering that the focus is on the voice and less on anything else that happens in the background. So, the whole bass / mids / treble analysis doesn’t really apply here (in my opinion), but the clarity is going to be an important factor, because distortions can be a real problem with microphones.

The wind is also the number one enemy when you’re recording something outdoors, so we’ll check that as well. In terms of clarity, the Pixel Finch does a good job, especially considering the price tag. It doesn’t really have that fullness of some far more expensive overhead microphones, but if it keeps the price tag below $50, the Pixel Finch sound really good, in my opinion, better than the default mike used by the iPhone 12. Even though I mentioned it sound similarly in the recording, after listening to more audio, it’s clear that the lavalier microphone is superior due to it being less echo-y and thanks to the warmer tone that it helps produce (not really a fan of the sharper sound of the iPhone 12). 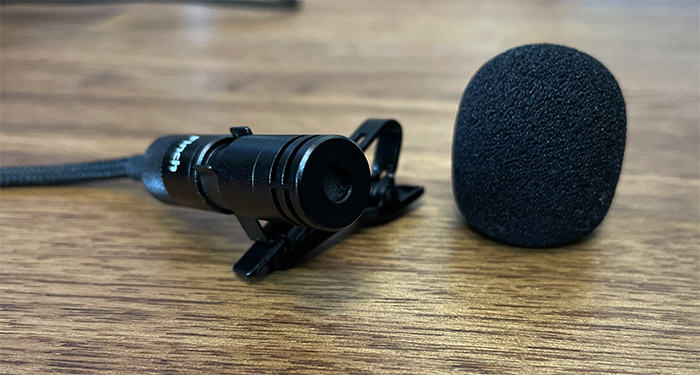 Perhaps I should mention some technical specs, such as the frequency range that goes from 50Hz to 20KHz, the 2200 Ohm rated impedance or that the device uses an electret condenser microphone. As I said before, wind can be tricky outdoors, so, since I live very close to the sea, I decided to check its performance while walking on the shore. And yes, there was plenty of wind.
The provided windscreen clearly struggled and my voice was muffled and less clear when the wind was more intense. So it’s not that great when it’s windy outside, but there is a solution. Since we’re dealing with an omni-directional microphone, it needs a really good windscreen, so just replace the default one with a fur windshield (deadcat) or just a slightly better open cell foam, if the budget is really tight.

The Pixel Finch is a really well designed lavalier microphone (way above what’s expected from its price tag) and it does perform fine in most conditions, especially indoors or where there isn’t a lot of wind. A better windscreen should help alleviate this problem, so if you’re in the market for a sturdy microphone that will complement your videos taken with an iPhone, it’s difficult to find a better option right now. 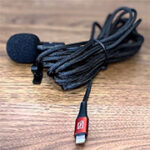