The Pixel Liber is an RGB pocket video light that can have a significant impact on the quality of your photos and it can also increase your video production value without requiring the investment of a large sum of money.

And this means that the targeted audience consists mainly of the starting vloggers, as well as product photographers, but it can be useful for so much more. This is because it’s portable and it has an internal battery, so professionals can easily make use of the various color modes to create stunning compositions. I have seen these effects on YouTube videos, on cool marketing photos, as well as artistic compositions, so the limit is the user’s imagination. The Pixel Liber promises an accurate representation of the color temperature between warm (2500K) and cold tones (up to 8500K), 604 lumen when the LEDs are set a maximum warm white brightness and there are 66 lamp beads to allow the use of up to 16 millions combinations. 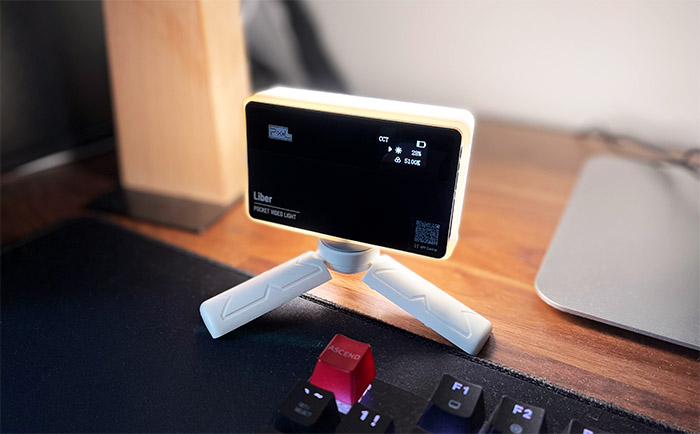 Furthermore, the Pixel Liber comes with a 3,000mAh battery which should last for almost three hours and there is also a built-in display which allows you to adjust the behavior of the LEDs from the unit itself. Additionally, the Pixel Liber can also be paired to an app, so you can easily change the lights from your phone – it’s nice to see that Pixel went the app route since it was missing from some of the previous versions, such as the G1S. That being said, let’s have a closer look at the RGB pocket light and see if it’s a better option than some of its competitors.

Pixel has taken the term pocket video light very seriously and it has designed the Liber RGB in such a manner that it could actually fit into a jeans pocket. Indeed, we’re dealing with a rectangular device mostly made of metal and it measures 3.94 x 2.36 x 0.59 inches (1.0 x 6.0 x 1.5 cm) which makes it quite compact among its peers. The build quality is excellent, especially due to the metallic frame, but the plastic rear also feels far from cheap. The device is covered by a black matte finish, with the exception of the glossy black where sits the small screen. 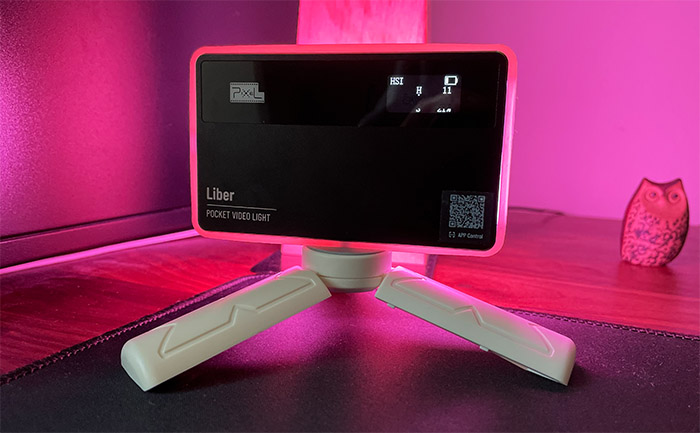 And, of course, the front side is covered by a white semi-transparent plastic, so you can see the way the LEDs are positioned. After opening the box, I could immediately see that Pixel has added a silicone diffuser and don’t take this accessory lightly because it works really well at converting the harsh light that comes directly from the LEDs into a softer tone, something that’s very useful for both portraits and product photos. I did like very much the arm tool that was attached to the Pixel G1S since it could adjust the position of the light quite easily.

The manufacturer went against this choice with the Pixel Liber and we get a metallic ball bearing arm which is definitely useful for adjusting the angle of the light. But you do need to get a separate tripod to which you can mount the Pixel Liber. And you do have two dedicated holes, one on the right side, the other at the bottom of the device. The controls are on the left side and, in the middle, there’s a red metallic Power switch that sits next to a USB-C connector and an Adjustment Dial Wheel. If you turn on the Pixel Liber, the small black and white display on the back of the RGB pocket light will turn on, along with the front-facing LEDs. The display is OLED and it looks very sharp. 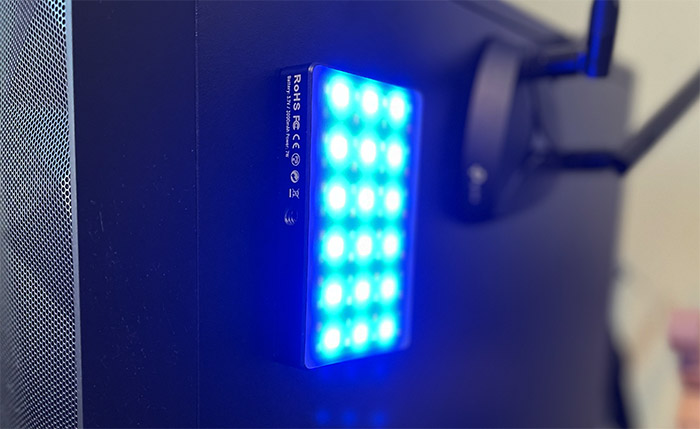 Before checking out the display interface, I do need to mention that the case is magnetic, so you can attach the device to any metallic surface. And yes, it has proven useful many times, especially when I did not have a tripod at hand, but I also noticed that the magnet is not very strong and, depending on the attached surface, I sometimes needed to remove the silicone cover, otherwise the RGB pocket light would slide down. Inside the package, Pixel has added four metallic plates with adhesive that you can use to magnetically attach the RGB pocket light to any type of surfaces.
Note: While functioning, the Pixel Liber does get noticeably warm after being enabled for a longer period of time.

After turning on the Pixel Liber, the first info that’s going to be displayed on the small screen is the remaining battery, if there’s a connection to a smartphone via Bluetooth and, a bit lower, you can adjust the brightness and the color temperature. To do so, you need to move the Dial Wheel up or down and, after you’re satisfied with the result click one on the dial to move to the next option. 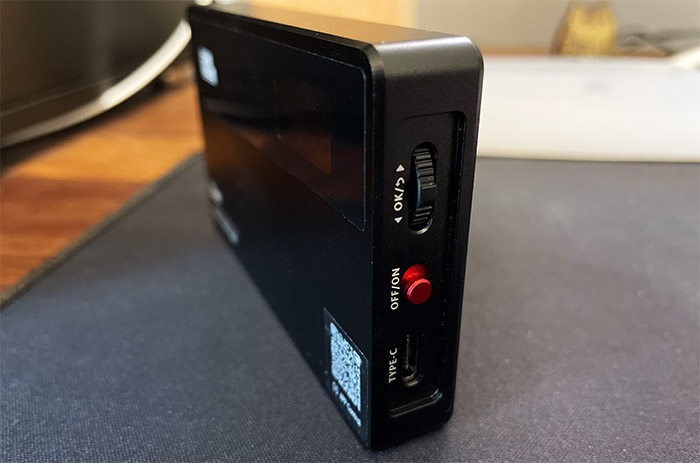 To change the screen, deep press the wheel – the next set of options will allow you to change the HSI (Full-Color Gamut Mode). This means you can adjust the hue, the brightness and the saturation. The next set of options allows you to adjust the RGB levels and, lastly, you will be able to move through various preset scenarios. These include the reproduction of a Candlelight, the Police Light, an ambulance, SOS and more.

Besides the physical controls, the Pixel Liber can also be used along with a mobile app which, apparently, is available on both iOS and Android devices. The app is called Pixel Link and a quick search on the Store revealed a bunch of games – so I simply scanned the QR code. After installing the app, I had to give it access to Bluetooth and I could add a new Device (from the Shortcut). After turning on the Pixel Liber using the red switch, the app immediately detected the device. 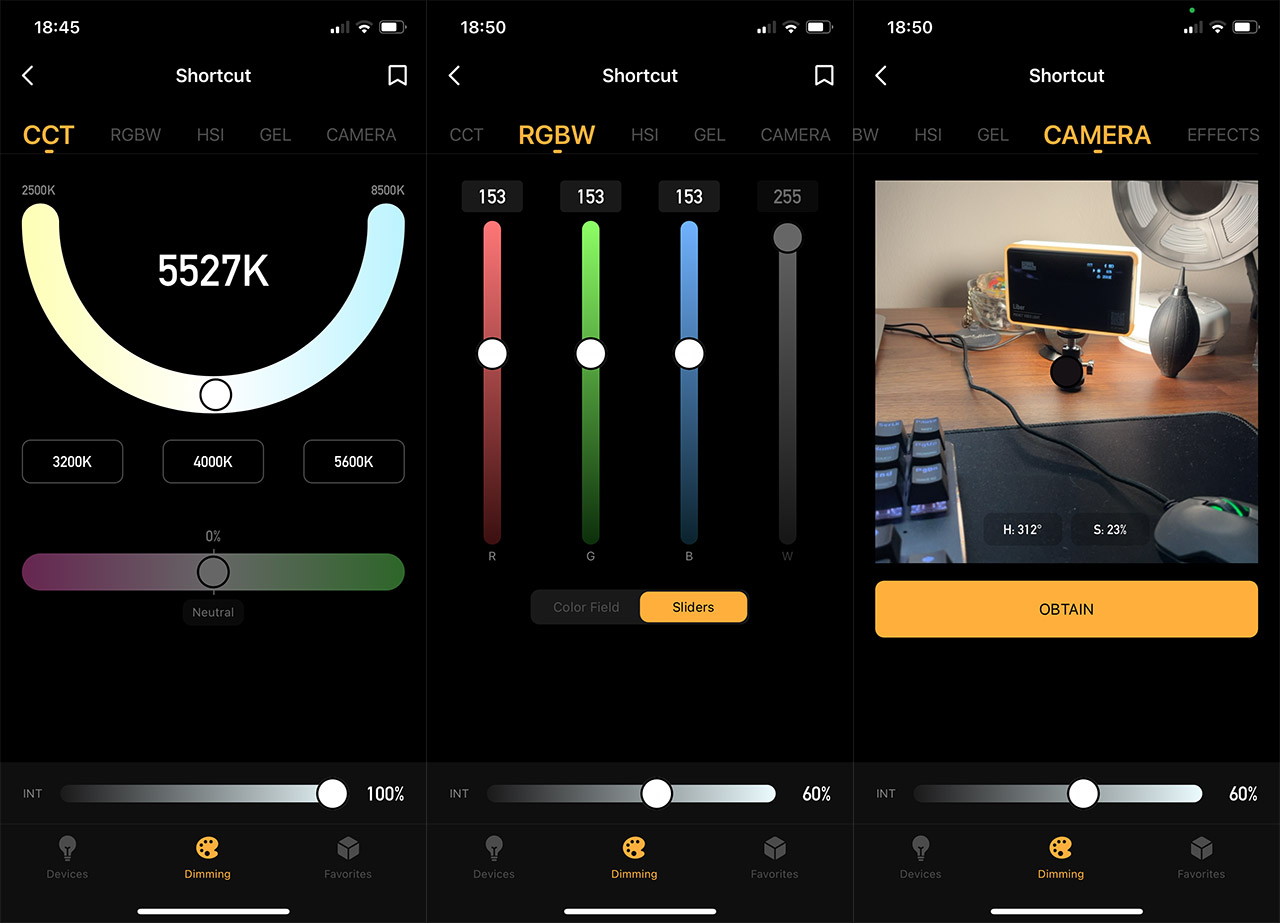 And then I could go to the Dimming settings which is where you’ll get pretty much the same set of options as you would using the display and the physical controls. So, I could Adjust the CCT (brightness and color temperature), the HSI (a circle of color, allowing for a far easier selection than you would using the controls on the device), the RGBW (can be a hue map or sliders) and the Camera. This last option is a novelty feature and it allows you to point the camera at an object, select the color of a portion and immediately, the light will switch to that color. And it works great as long as the app functions. Unfortunately it does not most of the time.

I can get about 10-15 seconds before the app crashes on an iPhone 12 and apparently a half baked app is weirdly common with pocket RGB lights. I hope that Pixel will focus a bit more towards the app and fix its current issues because there is a clear potential for it to be a worthy addition.

If you’re in the photography or videography industry, then you know that a pocket RGB light can be indispensable for certain applications, but not all perform the same. In the case of the Pixel Liber, the manufacturer has made available some values on how well the device performs when the brightness is set to 100%.

The lab results show an average of 1780 lux with a warm white light at about 1 foot away from the LEDs, so I decided to push the color temperature to 2500K and checked with my own meter and, at a bit above 0.8 ft, I saw about 1700 lux. Going farther to 3.3 feet and my result was 170 lux, as opposed to 204 lux shown by the lab results. The cool white was also a bit below the results advertised by Pixel, although not by much, but the Red light performance was very similar to the lab results, as well as the green, while the blue was the surprise, since I saw a better performance than the advertised values. As for applications, it’s clear that the Pixel Liber will work great at adding a bit of color to a bland background and it should work wonders for shooting product photos. 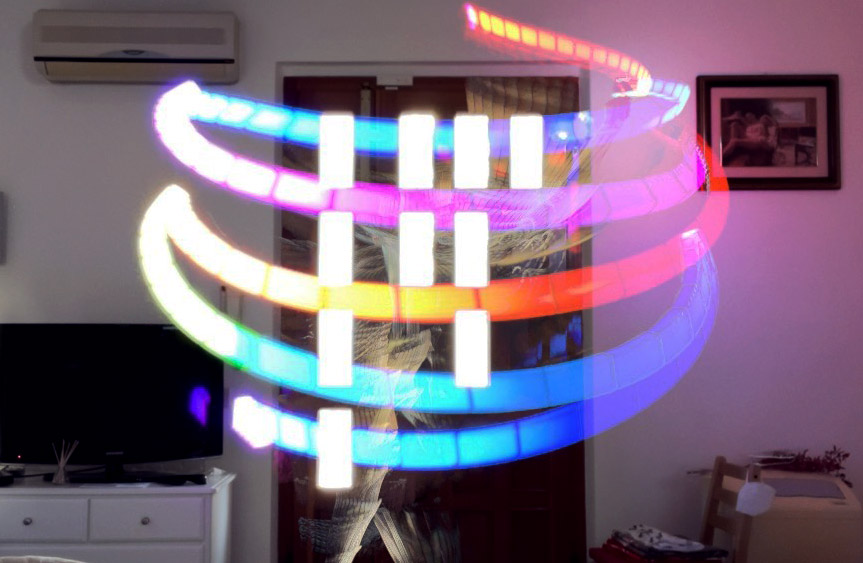 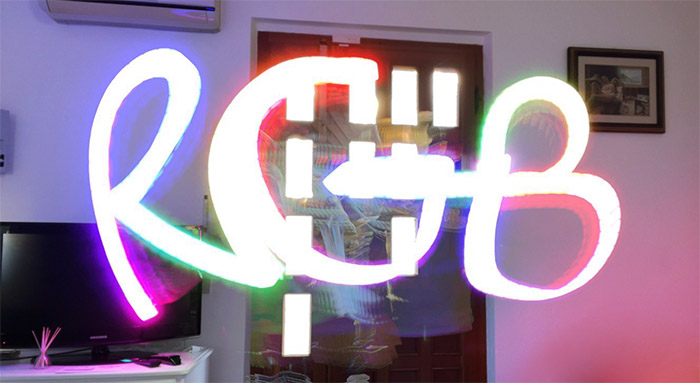 I also did have some fun with a Light Painting app as you can see, where it’s easy to create trails of lights using the Pixel Liber. The various light scenes will also come in handy when you’re shooting a YouTube video (or even higher production value projects).

Lastly, you may wonder how’s the battery life. The 3000mAh battery is a bit below the 3,200mAh one from the G1S, but you should get a very close performance because the Pixel Liber remained operational for up to 2 hours and a half. And yes, the brightness was set to maximum. This means that you can use the pocket RGB LED light for a longer period of time without worrying that the battery will quickly run out and without dealing with cables. Charging it up from 0 to 100% will take about 2 hours, which is a bit long.

You don’t really NEED an RGB video light, but you’ll be very glad that you have one. That’s because you not only have an additional way to add light to your subject, but it can also do many cool things (such as the light scenes) and, in the case of the Pixel Liber, I really liked that you don’t need to run cables around. The fact that the case is magnetic is another very welcomed feature and the manufacturer did take the pocket size very seriously, because you can literally slide this device into the pocket. There is an issue though which is annoyingly common with this type of product and it’s the app which, in its current state is pretty much unusable. Obviously the device can be used without it just fine and I hope that it’s going to be fixed in the future. 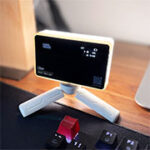