The Super Sparrow 32oz is a reusable tritan water bottle that’s transparent, so you can see how much water is left and you also get a measuring scale printed on one side (in both ml and ounces), so you can keep track of the water intake for that day (which can be useful for checking out your progress).

While it may not seem as interesting as the other stainless steel insulated water bottles (such as the Super Sparrow wide-mouth and the standard-mouth bottles), it’s actually entering a market that’s very difficult to conquer. Indeed, it’s not easy to squeeze in between the players that have been in this game for decades and have proven their worth (such as Nalgene), but they have provided a blueprint for how to build a successful tritan water bottle. 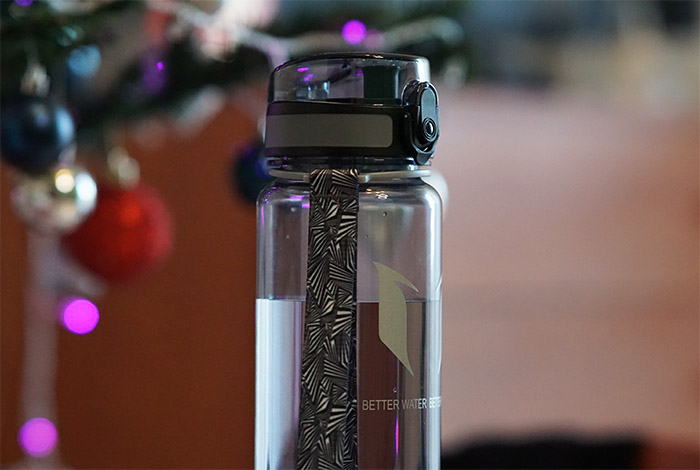 It’s very important for the bottle to not contaminate your water with any toxins and it’s equally important to not retain any odors from various beverages. Get these right and you already have an audience, but it’s also good for the bottle to survive the occasional falls to the ground and if there’s a drop of style (as well as a decent price tag), then the water bottle has everything that it needs to become competitive. The Super Sparrow tritan sports water bottle seems to check all the boxes and I did find its design and the lid interesting, but can it actually distance itself from the competition? Let’s find out.

I have already mentioned it several times, but yes, the capacity of the bottle that I got from Super Sparrow is 32oz (or 1l) and, while it comes in several color tints, in my case, it was slightly tinted black (you can also choose red, blue or from 11 other available colors). The container is made of tritan (or BPA-free plastic) which, of course, is not going to have the same premium feel as the stainless steel, but Supper Sparrow has made sure that the bottle is far from boring. There’s a stylish strap to help you carry the bottle around and the cap of the lid is spring operated, so it will expose the small mouth piece inside it at the push of a button. The lid is mostly transparent but it does have a thick rubber band going around it to help you get a better grip in case the bottle gets wet. Unfortunately, besides the lid, the entire bottle can become slippery if you have sweaty hands, but the good news is that the tritan body seems to be well made, so in case the bottle falls, it should simply bounce around. 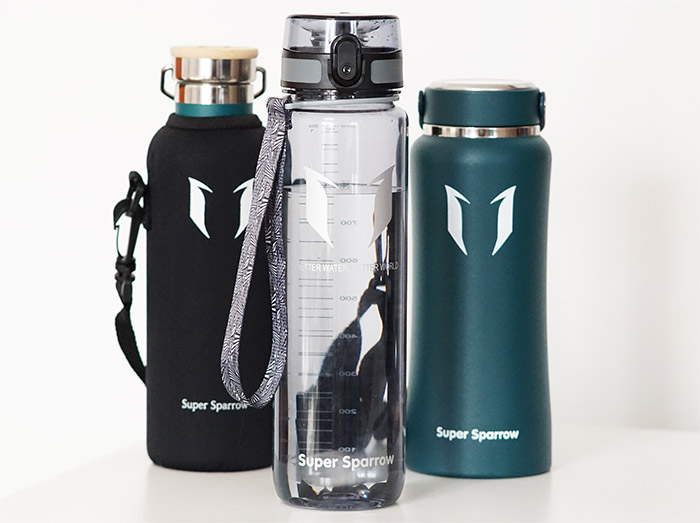 I did try it out for a couple of times from the waist height when the bottle was empty and it survived without problems (the surface of contact was hard ceramic tiles). After I filled the bottle with water, it still bounced around, although a bit less due to the weight, but it didn’t crack. Be aware that the lid was pushed open due to pressure, which allowed the water to splash everywhere, so, if you fall on your bag with the bottle inside, your stuff will take a shower. That being said, is the bottle truly spill-proof? The lid has an interesting silicone piece that has the role to prevent the water to leak through and it seems to be working fine (the violent shaking test revealed that the isolation is good) – there is an additional silicone seal in case the one in the lid gets worn off, so the bottle could start leaking somewhere in the future. The Super Sparrow bottle is not the most compact due to its larger capacity, but, at its 11.25 x 3.07 x 2.16 inches (28.6 x 7.8 x 5.5 cm), it can easily fit in a car holder and it should take a reasonable amount of space from your backpack (and as I said before, you can rely on the strap to attach it to the outside of a travel bag or to a bike holder).

A plastic bottle is hardly going to keep your water warm or cold since it lacks the double-wall insulation of the stainless steel variants (wide-mouth or standard-sized mouth), but you can still add some ice considering that the lid can be removed to reveal that the water bottle is actually wide-mouth. 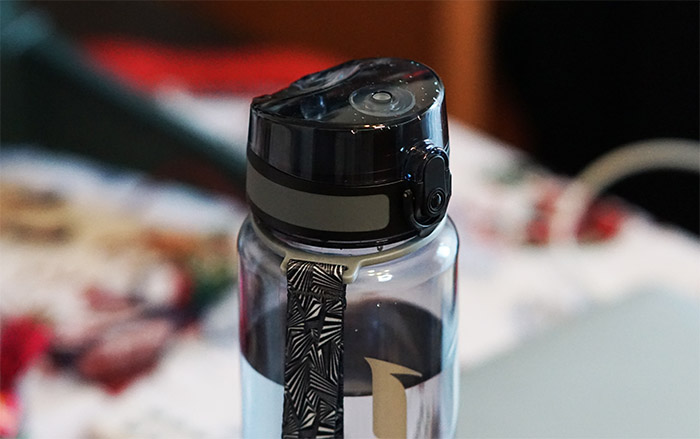 But be aware that if you add ice, the bottle will sweat, since there is no thermal isolation put in place. Removing the lid will also show a plastic infuser that you can use to add various flavors to your water and the immediate question that comes to mind is whether the bottle changes the taste of the water and if it can be properly cleaned in order to remove any residue left by the use of the infuser. After taking the Super Sparrow bottle from the package, I immediately thoroughly cleaned it (with some baking soda) and afterwards, I poured some water that I then left alone for a day.

The next morning, I checked the taste of the water and, while it didn’t seem fresh (as expected), the water did not have any weird taste. That being said, the bottle can be cleaned in a similar manner to most other similar reusable containers from the market, so it’s not dishwasher-safe. Just use soapy water and avoid cleansers with bleach and chlorine (you should also avoid inserting the bottle into the microwave or a freezer). 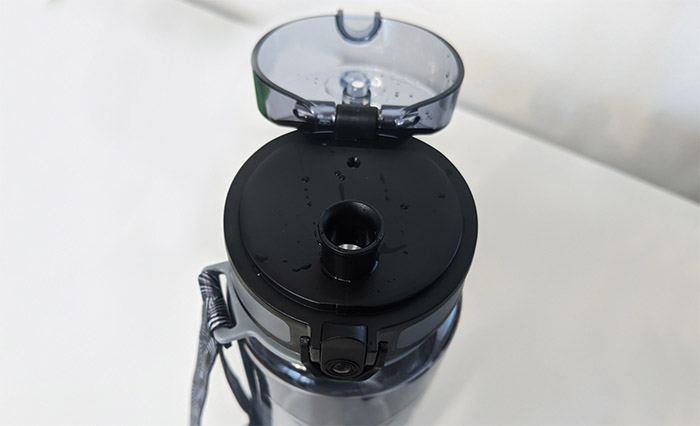 Note: The bottle is pretty much a fingerprint magnet – they’re not really visible, but at a closer inspection, they’re definitely there.

The main idea behind pretty much all reusable water bottles is to reduce the plastic waste and the Super Sparrow tritan water bottle does offer some compelling reasons to become more eco-friendly. The bottle doesn’t retain odors, it’s BPA-free (and doesn’t contaminate the beverage with toxins), it’s easy to clean, the lid can be operated with one hand and the body of the bottle can survive a few tumbles to the ground. So, if keeping your water cold or hot is not a priority (you can always check out the wide-mouth or the standard mouth bottles which are better for this task) and you just want an easy to carry bottle when you’re outdoors, then you can’t go wrong with the Super Sparrow 32oz tritan sports water bottle. 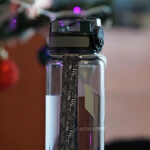