The Tenvis TW888 is a plug & play 1080p webcam and I know that most people rely on the built-in cameras from their laptops or smartphone for video conferencing, so the focus group is mostly going to be Desktop PC owners or people that only have a TV (console gamers?).

Well, if your laptop has a bad camera (and most do), you could see the Tenvis TW888 as a worthy upgrade, but is it actually better than the usual webcam? The manufacturer claims that even if this is a budget-friendly camera (one of the most inexpensive ones for that matter), you should still get a clear image quality (the viewing angle is quite wide – 120 degrees) and it should also work for live streaming and recording due to the 1080p resolution at 30fps. 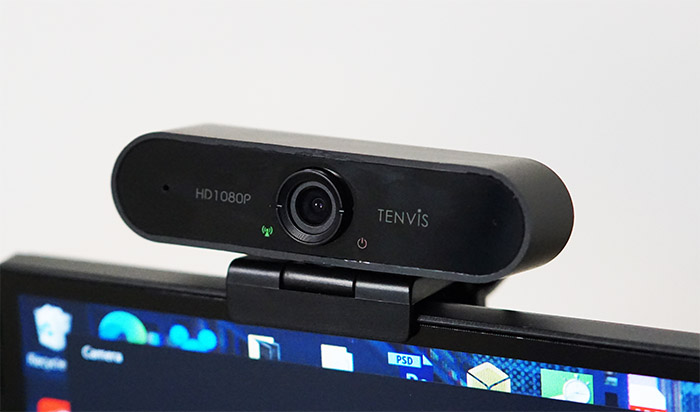 You also get multiple mounting options, including a small adjustable tripod, so you can put the webcam pretty much anywhere. If your aim is vlogging or live streaming, I would still go a bit higher, but for everything else, the Tenvis TW888 seems to be up to the task. I already had a look at a couple of other Tenvis cameras, the T8863D and the TH661 (neither were a webcam) and they both offered good value for the money, so let’s see if the manufacturer has managed to build yet another reasonably balanced device.

Note: You can also check out the Tenvis TW888 on TikTech.com to receive a code that can be used together with coupons from Amazon.

If you ever had a look at an external webcam you may have noticed that most of them follow a similar design blueprint: you get a narrow, but fairly long plastic case with the lens in the middle and a stand that should be suitable for most surfaces (such as the top of a monitor or a laptop display). And the Tenvis TW888 is built in the same fashion, sporting a 4.33 inches long, 1.1 inches wide and 1.1 inches tall plastic case (without taking into account the base) which is also very lightweight – weighs only 8.64 ounces. I also noticed a fairly long cable (5.64 feet or 172 cm) that’s attached to the rear side of the webcam and since it’s quite thick, it can easily move the camera around if it’s not properly seated. 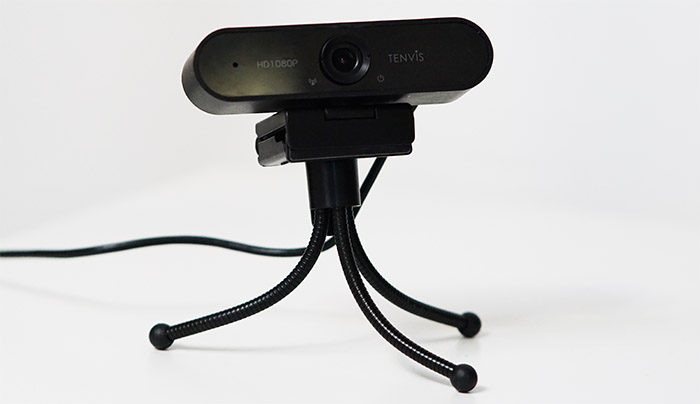 And for this reason, the webcam relies on a particular type of stand that can be adjusted in multiple ways. You can put it at a 45 degree angle so it can form a basic stand or you can clip it at the top of a monitor/TV and, if you would like more freedom in adjusting the angle, the manufacturer has included a separate tripod. Its three metallic feet can be adjusted at any angle and it reminds me of those flexible tripods that were especially built for iPhones.
Since the mounting screw respects the standard measures, you can attach the TW888 to any tripod you may have available. It’s also worth mentioning that the unibody plastic case of the webcam is covered by a black matte finish, but the front is glossy black which is going to be a magnet for fingerprints.

And that’s not the only place where the Tenvis camera has added these surfaces, since you can find the glossy finish on various parts of the permanently attached stand – I would have liked to see some silicone bands where the webcam gets in contact with the electronics devices. Returning to the main body of the camera, there’s the 2-megapixel HD color CMOS Sensor which features a resolution of 1920 x 1080 pixels, a focal length of 3.6 mm and an F/2.0 aperture which is alright for a budget-friendly webcam (apparently, there’s also manual focus, although I found no way to use it). There are two LEDs on the front section, one to the left of the lens and one to the right. The one on the left is the Activity LED which lights up when the camera is active (the icon is a bit weird, since this really isn’t a WiFi camera), while the right LED will light up when the webcam is simply powered on. A bit more to the left (from the central lens), there’s a hole for the microphone. 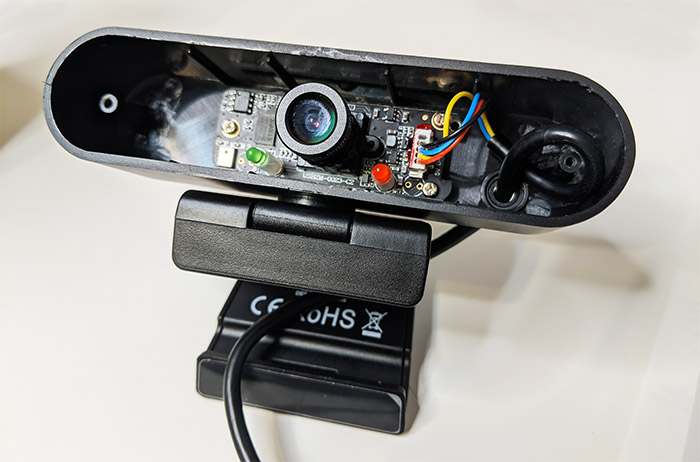 This type of design and layout is not unique to the Tenvis TW888 since it can also be found on an Aluratek webcam, so they seem to come from the same OEM and, for this reason, I decided to open up the case of the camera and see what’s inside it. To do so, I had to peel off the front-facing glossy plastic piece which exposed a couple of screws. After I removed them, I could take out the last piece of plastic and the PCB became visible – it’s attached by three screws at the back of the case and, after taking it out, I could identify a Sonix SN9C269AJG USB camera video chip agent + IC solution and a ZHQ2035 25D20ATIG IC. But I was a bit bothered by the fact that the hole for the microphone is completely arbitrary (could have been anywhere else) – and there are actually two holes, one which is covered by that glossy piece of plastic.

Since the Tenvis TW888 is plug and play, the installation process is very straight-forward, which means that all you have to do is connect the USB-A cable from the webcam to a computer and check the Power LED (it should light red). In this state, the webcam does not capture the video and when it does, you will see that the first LED will light up green. And no, there is no software needed to check the video – if you want to check the footage quality, just open up the default camera app on your computer or simply start using it with your favorite conference call app (Skype, Zoom or other). Since I connected the webcam to a Windows 10 machine, I opened the default camera app and checked the image quality.

After checking the settings, the app has revealed that the webcam was running at 2.1MP, 16:9 aspect ratio, the resolution was at 1920x1080p (30fps) and the Flicker reduction was 60Hz. You can change the video quality, such as the brightness and you can also lower the image quality – although what would be the point of that, considering that the video bitrate at max quality is barely 2,900Kbps.
As for the video quality itself, it’s fine for a budget-friendly webcam, but don’t expect it to offer the performance seen on cameras outside its price range. If its decently sunny outside and a good amount of light manages to get into your room (I don’t suppose people are use their webcams outdoors, but you never know), then there will be a decent amount of detail a few inches in front of the camera, but if you put objects too close, it’s going to get blurry. And that’s fine since the camera will be at a healthy distance from your face.

There is still some noticeable noise and the contrast seems to be way up, affecting the clarity of some objects – for example, almost half of the router is pitch black. With a stuffed chicken doll, it seems that the image was a bit more detailed. Tenvis says that the wide angle camera has no optical distortions and, while it’s true that the angle is quite wide (which should allow more people inside the frame), there is some obvious distortions at the edges of the camera – it’s almost creating a fish-eye effect.

In low light, there is far more noise, but the objects remained visible, although the finer details are gone and the colors aren’t that well defined anymore. Now, as for the microphone, it’s definitely a webcam mike, so, for some conference calls, it should work considering that Tenvis has advertised some technologies to deal with the background noise. But, if you want to use the webcam for vlogging or live streaming, it’s not suitable – you could get away by using a good microphone, but your videos will still end up not looking professional enough. But, for Zoom or Skype conference calls, it should be fine.

Considering that the Tenvis TW888 is one of the most affordable 1080p webcams on the market, I can’t focus too much on some of its shortcomings, especially since it does its intended job decently well. And that’s to be reliable enough for video conference calls in case you have a desktop PC and can’t rely on a smartphone or on a laptop (even some of the more expensive laptops have dreadful cameras anyway), so don’t expect it to be a proper tool for live streaming content. If that’s fine with you, the Tenvis TW888 does also provide a very long USB cable, multiple stand adjustments, including a cool little tripod and since the price is right, it’s worth taking into consideration if your expectations are not too high. 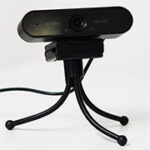