The Kovol Sprint 65W is a part of the Charging Mate Mini series and one of the main characteristic of these devices is just how ridiculously small they seem to be. And that’s without cutting any corners in terms of power delivery, so yes, the Kovol Sprint is perhaps the smallest 65W fast charger in its category and that was possible due to the use of the GaN technology.

This tech was developed quite recently (it’s a part of the third generation of semi-conductors), and its role is to limit the energy loss (through heat), therefore charging your devices far more efficiently that the last gen fast chargers. And it works because after having tested a lot of GaN chargers over the years, the devices have only gotten smaller, while the power output got higher. That being said, the Kovol Sprint 65W should be more than enough to charge up a 13-inch MacBook Pro (even with heavy apps running in the background) and the additional USB-A port can be useful to also charge a phone at the same time. 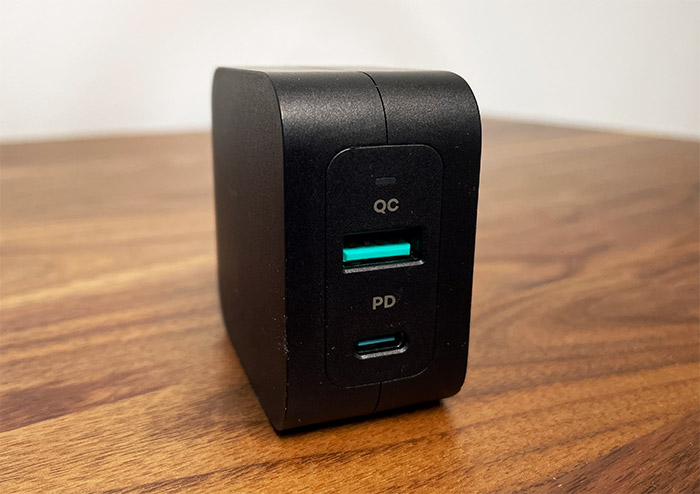 It’s no coincidence that I mention Apple products, since these small GaN charger were supposed to replace the slow native chargers, but Apple has finally entered the GaN market (after agonizing delays), so is there a point to try out the third-party devices market? Especially since these chargers can be unsafe for the expensive MacBooks? I really expected the 140W Apple GaN charger to be more expensive, but it falls in line with the market price, so there is indeed less incentive to rely on the third-party devices.

Then again, you only have one option from Apple and, unless you need 140W, then the price is still quite high, so the chargers with a smaller power output are safe. For now at least. And that takes us to the Kovol Sprint 65W which does need to prove its value, so we’ll put it to the test in a minute. But before that, let’s check out the build quality of the device. The Kovol Sprint 65W is made of plastic covered by a black matte finish, only with a small glossy band near the logo. And it measures 2.16 x 2.16 x 1.33 inches, so it is indeed the smallest 65W charger that I have tested so far, seemingly a bit more compact than the Quntis 30W charger as well. 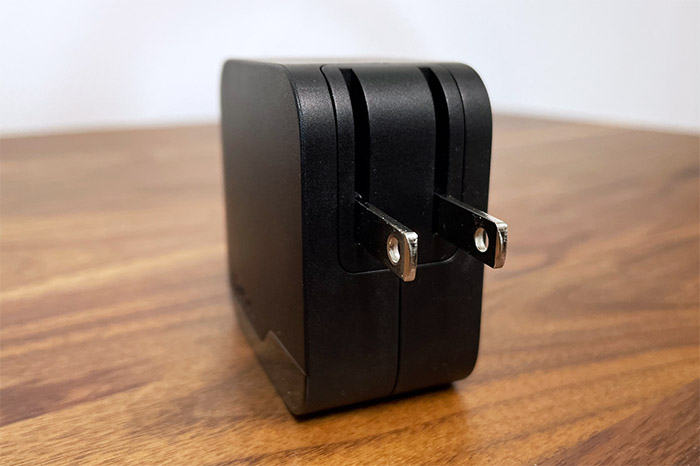 So, you can easily fit into a pocket, even the one on your jeans, due to the retractable plug. Be aware that this is available only on the US-based charger, the other plug standards are fixed, so they will occupy more space. On the other side of the plug, the manufacturer has added two ports and an LED. The LED will remain solid green while the charger is connected to a power source which is excellent, but I assume the idle mode is not that great in terms of power consumption. But it turns out that I was overly pessimistic because after I checked the stats from a smart plug, the idle power consumption is pretty much negligible (not all GaN chargers do that well in this regard, such as Hyphen-X 100W).

Kovol advertises that the USB-C port (PD – Power Delivery) has the following power output: 5V/3A, 9V/3A, 12V/3A, 15V/3A, 20V/3.25A, being able to reach the full 65W if no other device is connected to the secondary port. The USB-A port (Quick Charging) supports 5V/3A, 9V/2A, 12V/1.5A being able to reach only up to 18W. To test the accuracy of the aforementioned values, I used the original Apple charger along with a 13-inch MacBook Pro as a reference point for the USB-C port.

And the power output was close to 40W, the voltage was a solid 20.28V and the amperage ranged from 1.82A to 1.96V. Afterwards, I connected the same cable to the Kovol Sprint 65W and the multimeter showed an average of 42W, a solid voltage of 19.94V, which is excellent and the amperage varied between 2.11A to 2.31A.

Then, I returned to the Apple charger + original cable and checked how it behaved with an iPhone 12. The multimeter showed a power input of about 10W, a solid voltage of 8.93 and the amperage moved between 1.2A to 1.7A.

After switching to the Kovol Sprint 65W, the voltage was stable at 9.09V, the power input was 16W and the amperage ranged between 1.58A to 1.84A, so the iPhone 12 should charge quicker.

On the next step, I decided to see the performance of the USB-A port and to do so, I connected the iPhone 12 again. I used a different multimeter and these are the measurements: stable 5.14V, an average of 9.4W power input and the amperage moved between 1.71A to 1.93A.

Lastly, I decided to connect the MacBook Pro to the USB-C port and the iPhone 12 to the USB-A port to check and see if there’s any impact on the performance of the former. And, to my surprise, it was actually the contrary. The voltage rose only a slightly bit to 19.97V (getting even closer to the ideal 20V), the power output (towards the device) was, on average 54W and the amperage moved between 2.68A to 2.72A.

So, after checking these values, it’s clear that the Kovol Sprint 65W will not harm our sensitive devices and, in some cases, it can definitely outperform the original chargers. Just be careful with the selection of cables because they can make a difference in terms of performance. 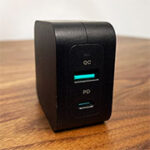