The Lumary (iLintek) is a 16.4-feet long smart light strip which besides featuring all the advantages of a regular light strip (such as the large color variety, low profile, high LED density and the use of low-voltage DC power), it can also connect to a dedicated mobile application and to the Alexa or Google Home IoT assistants for a better and more flexible control.

Unlike other IoT devices (such as the thermostats, cameras or vacuum cleaners), a smart light strip isn’t going to make specific task easier or faster to accomplish, its applications being purely of the aesthetic nature, so it can make a difference in storefront displays, in hotels or bars and, inside our homes, a light strip can improve the look of a gaming desk (you can’t say gaming without RGB) or some shelves, it can be installed behind a mirror, under cabinets or simply to mark a passage to the bathroom during the night. 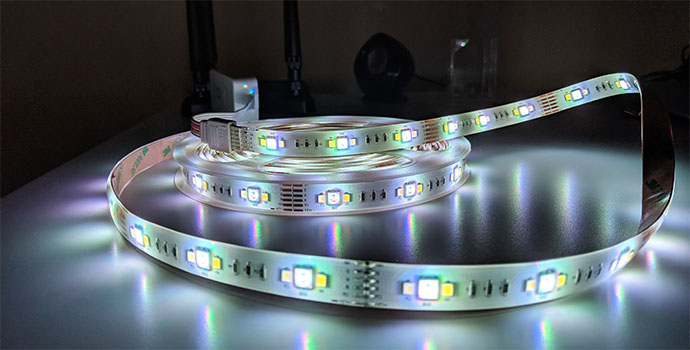 The smart lighting sector is clearly thriving, a lot more than probably other more deserving IoT areas and that’s mostly because of its visual nature – we really like pretty lights – and the Lumary (iLintek) Smart Light Strip is in the right place to satisfy this need. Inside the box, the manufacturer has added a transparent plastic wheel which keeps the light strip in place (the strip is 16.4 inches long and 0.5 inches wide), a small WiFi controller (which gets attached to the strip via 6 connectors) and a power adapter (110-240 V input). The circuit side of the light strip is covered by a transparent silicone coating and, considering that the device is IP44 rated, it means that the strip is protected against solid and liquid intrusions, specifically, it’s going to withstand some mechanical shocks and it will do fine if water is splashed on it (technically, the Lumary smart light strip can be installed outside, but it will shorten its lifespan).

On the other side, the light strip features a band that can be removed to expose the adhesive which allows you to attach the device to most surfaces. It is important that you choose carefully the place before sticking the light strip because while it can be easily removed and reattached, it will lose some of its grip – to alleviate this problem, iLintek has also added lots of small plastic brackets and screws to help keep the strip in place, especially if you intend to attach the strip on a wall (but this is a more permanent solution).

In case the light strip is too long, you can see that along the strip, every four inches, there are some notches to tell you where you can cut it with scissors (in the middle of two sets of six copper connectors); if it’s too short, you can attach additional strips, but the manufacturer insists that you should not go above 20 feet since the power adapter may overload.

If you decide to shorten the smart light strip, be aware that the remaining part cannot be reattached (unless you decide to solder it), but it remains usable using the additional connector that iLintek has added in the package (unless you have another compatible extension connector, you can only use one smart light strip at a time). The installation process is very simple: first, you need to prepare the area where you will stick the light strip (you need to clean it thoroughly), measure the surface length and, if necessary, cut the light strip to fit the area. 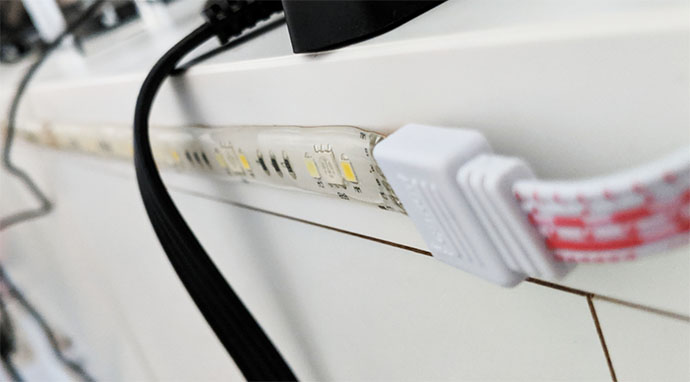 Next, peel the tape, attach the strip to the desired surface (firmly push it to make sure it stays in place) and insert the extension connector into the six exposed pins (on the plastic encasing, there are letters to let you know which is the right side). Lastly connect the power cable to the WiFi controller and you’re good to go – the light strip should light up after you press the button and allow you to roam through different colors and scenes.
Note:The Lumary smart light strip has 450 LEDs and its connectors are for RGB, cold white and warm white.

Since this is a smart light strip, it can connect to your router (to the 2.4GHz network only) and it does come with a mobile application – it is called iLintek Home (available on both Android OS and iOS). After you install the app on your device, it will ask you to either Login if you already have an account or Register a new account: choosing the latter will display a Privacy Policy (which you will have to agree with in order to continue) and, on the next step, the app will ask for your phone number – it has to be a valid number since you will have to enter a Verification Code that you received on your smartphone. Afterwards, you will be able to Set a Password, Add a Home (the app allows you to monitor and control multiple homes), select a name for it and the geographic location (not mandatory). 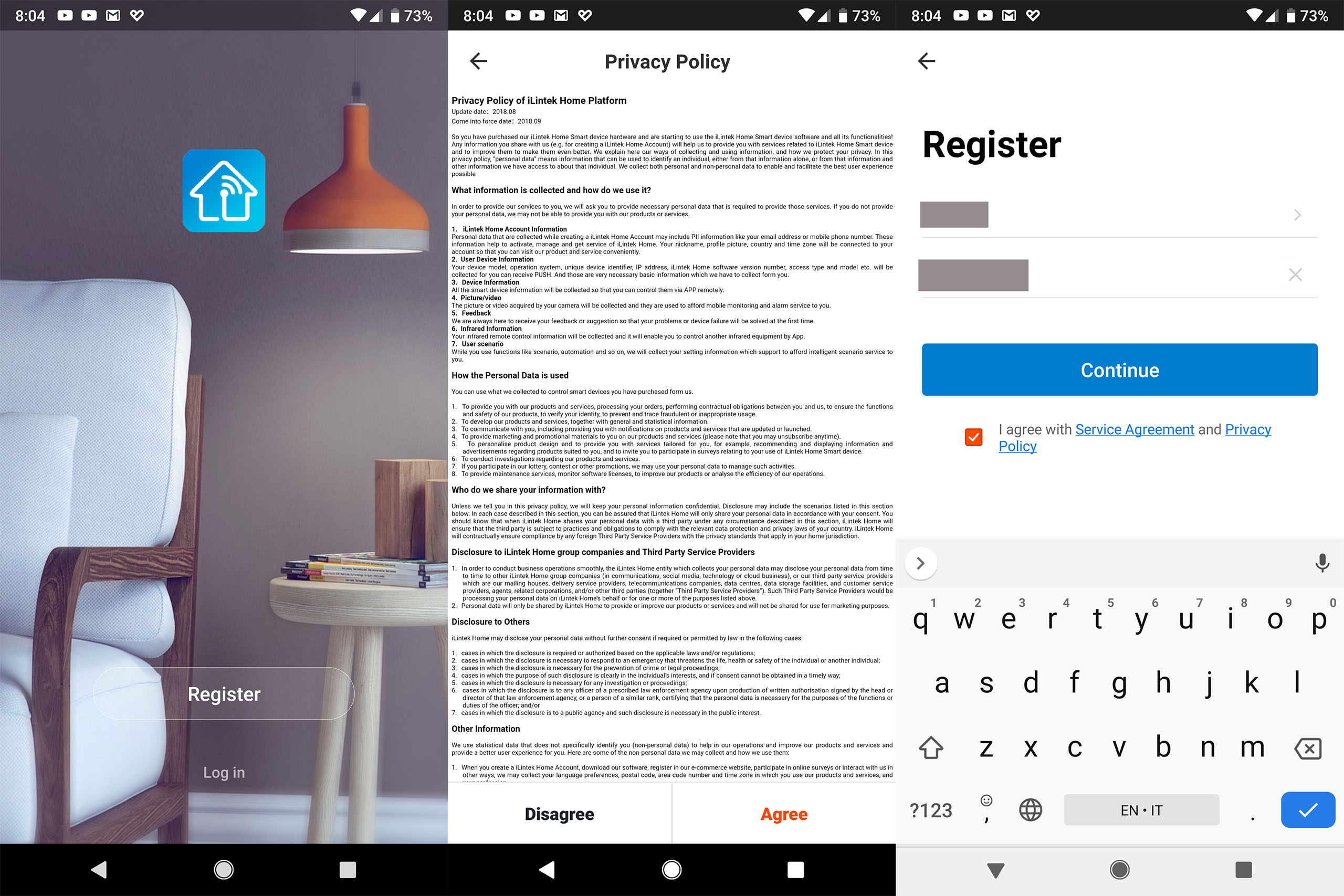 After that, you will gain access to the main window, where you can see some outdoor weather stats on the top bar and, underneath, you’ll be able to see All the connected Devices or those grouped by Rooms (pressing on the small cogwheel on the right will allow you to regroup devices in different rooms or Add a new Room (you can also remove any of them by tapping Edit). To add a new device, you need to tap on the Plus sign from the top right side (on the main window) which will immediately take you to the Device Type list (you can either select a device category from the list or add a device by Scanning for active Bluetooth connection).

To add the Lumary smart light strip, I chose Lighting from the list, and afterwards, the app asked me to confirm if the light on the device is blinking rapidly; to put the light strip in pairing mode, I pressed and held the physical button on the WiFi controller until the light started flashing – when that happened, I tapped on the ‘Confirm light blinks rapidly’ button and I waited until the ‘Adding device succeeded’ message appeared on the screen. Next, the WiFi Module required a firmware upgrade and I could immediately control the smart light strip through the app. The first page will display a circular Color palette (the strip features 16 million colors, including white) and for each color, you can set the light intensity (from Dark to Bright – it can go to a maximum of 1000 lumen) and you can also choose a specific level between Plain and Gorgeous (from cool to warm).

The Color is the second option, the first being the Switch (tap on it to either turn the device On or Off), the third option being the Scene. Here, there are eight preset Scenes, the first four being static (Night, Read, Party and Leisure), the last four Scenes featuring changing colors (including increasing the intensity of the light, two colors rotation, flashing color and multiple dynamic colors – the strip doesn’t have music sync function). 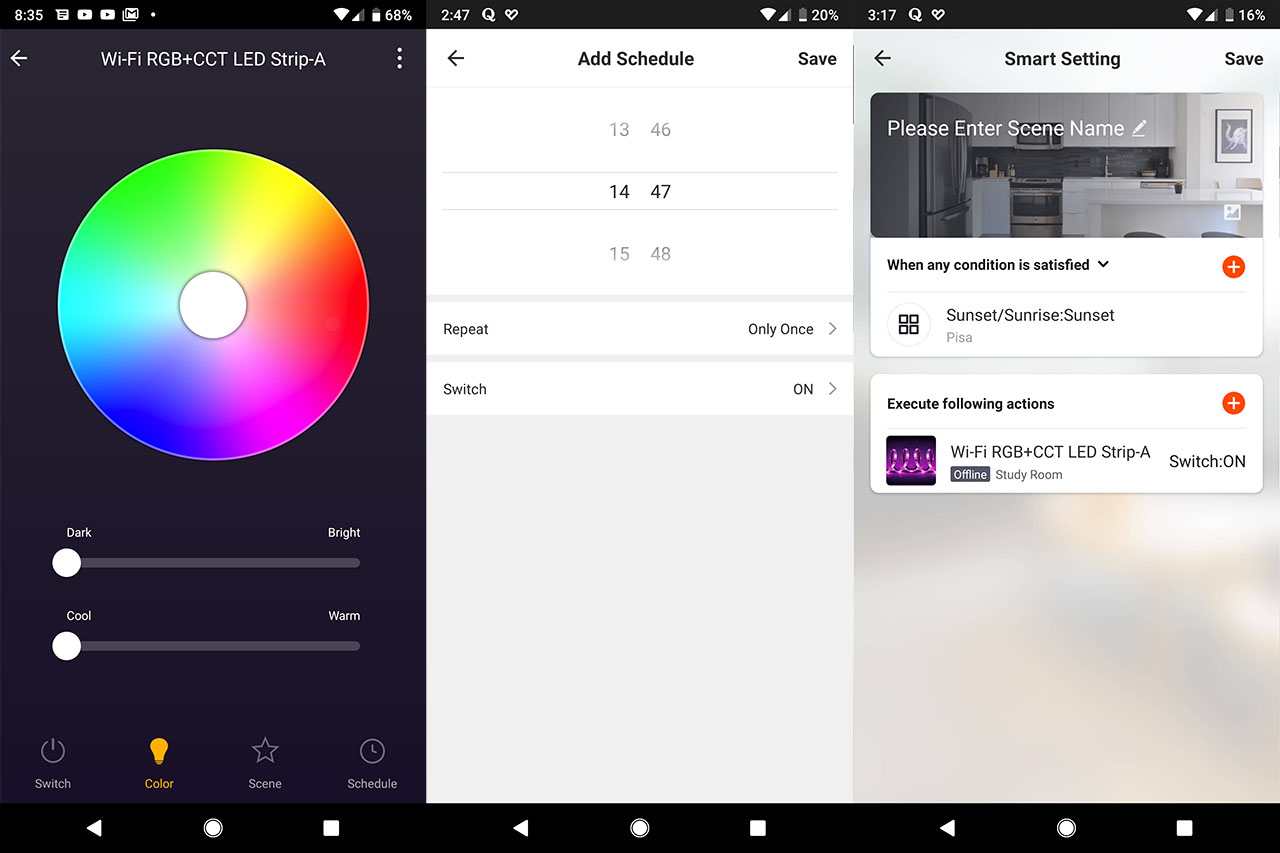 The fourth option is the Schedule, where you can select the time and the days when the switch will either turn on or off. Still on the Lumary light strip section, if you press on the three dots on the top right corner, it will display More options, which will allow you to modify the name of the device, the device location, to check the network, to Share devices with a family member or friend, to view Device info or update the firmware, but you can also pair the app with Amazon Alexa or Google Assistant. I had the latter, so, in order to add it to the Home app, I followed the usual instructions: opened the Home app, went to Account > Settings > Assistant > Home Control and pressed the blue ‘Plus’ icon; this summoned a list of compatible apps.

Unfortunately, I could not find the iLintek Home app, but, apparently, the device is compatible with the Smart Life app, so, if you wish to use the Google Home assistant to control the smart light strip, you’ll have to redo all the steps from the iLintek Home app on the Smart Life app (they’re identical – I used it with the Gosund light bulb). Either of the two apps will also allow you to create IFTTT scenarios using the Smart Scenes by setting up various automation actions (such as when the sun sets, the smart light strip will turn on).

Considering that this is an IoT device, the security aspect is very important and, as with any such types of device, you need to make sure that it is kept up to date, the router is constantly updated and, ideally, you should put all your smart devices on a separate VLAN (most consumer routers don’t support this, but a cheaper managed switch should do the trick). If you’re curious about the collected data, the application does fully disclose what it does with it when you register a new account.

Conclusion
The IoT market is constantly growing so there’s a fierce competition between the manufacturers, each trying to persuade you that their solution is the better one, meaning that the Lumary smart light strip has to go against the likes of Philips Hue and LIFX Beam and offer at least a similarly attractive package and, in a sense, it does. The light strip is bright enough (1000 lumen which is good enough in most applications, but a bit behind other more expensive options), it doesn’t require a hub, it is IP44 rated, it provides an additional connector in case you cut the strip in two, the app is easy to use and the color spectrum is more than enough. There are some minor shortcomings, such as the scene rigidity on the app (you can’t add your own scenes) or the adhesive which could have been a tad stronger (the product does come with screws and brackets to fix this issue), but, considering the price tag, the Lumary smart light strip is above its competitors and yes, it can even stand against some more expensive solutions. 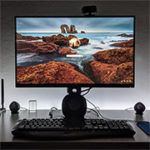