The ASUS Zenfone 2 is a mid-range smartphone and although it can’t be considered a flagship model, it does have a lot of aces up the sleeve.
The model we are going to review is the one with 5.5inch screen, 4GB RAM and 32GB storage. 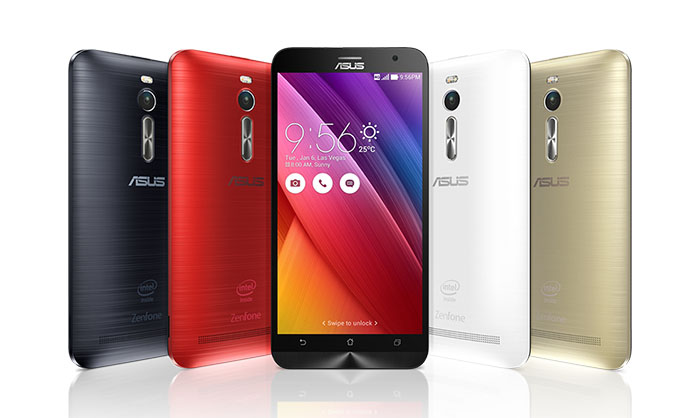 Design
Zenfone 2 features a plastic case with a brushed metal finish, soft rounded corners and glossy bezels. At a first glance, the phone might seem premium but after a second look and after you actually hold it in hand, the case does feel a bit cheap.
The Zenfone 2 is a somewhat bulky, with 6.0×3.0x0.4in and weighs 6 ounces, but overall, the build quality is solid, it doesn’t retain fingerprints, the grip is reasonably good, but we did find another fault into the design. 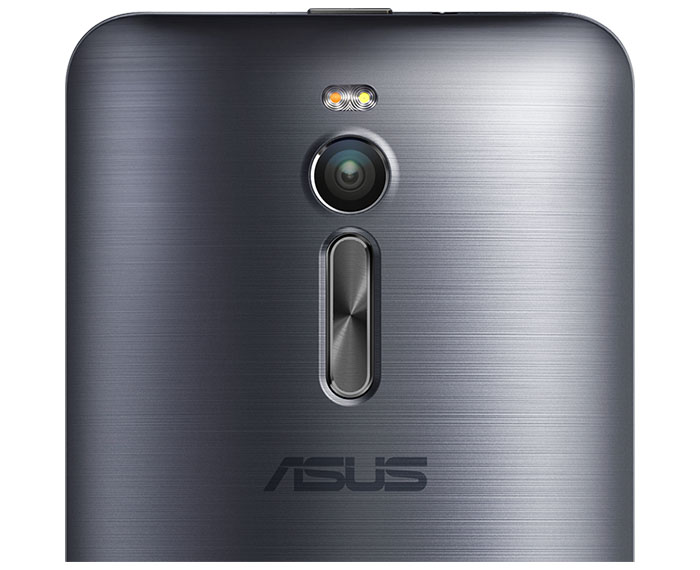 Like the LG G4, ASUS opted for the buttons to be on the back, but although LG got it right, ASUS seems to have failed, the power button is weirdly placed on the top of the case and the volume controller is too thin and uncomfortable.
The back of the phone can be removed for access to the dual-SIM and the MicroSD slots.
Note: The Zenfone 2 integrates dual microSD cards into the interface making it a breeze to travel between SIM cards.
The audio is provided by a single tiny speaker under a big grill at the bottom side of the back of the phone.

Display
The Zenfone 2 features a 5.5in IPS LED-Backlit display with a resolution of 1920x1080p and a pixel density of 403ppi. Also, the screen is protected by Gorilla Glass 3 and has great viewing angles.
The Zenfone 2 will do fine with games or internet videos, but there is a problem with brightness, as trying to see the display under direct sunlight is quite difficult.
Still, the images look sharp, has almost full sRGB gamut, the colours are balanced enough, although a bit undersaturated (the blacks could have been darker), it is reasonably accurate with saturation of primary colours and considering that it is a mid-range phone, the display does serve its purpose.

Performance
The Zenfone 2 features a 2.3GHz 64-bit quad-core Intel Atom Z3580 processor, backed by a PowerVR Series 6 G6430 GPU, 4GB DDR3 RAM (there is a cheaper phone version that features only 2GB RAM), 32GB native storage memory and a possible addition of up to 64GB through the microSD slot.
Surprisingly to some, Intel is as capable as Qualcomm and the 4 GB RAM is a great feature that helps a lot and you can definitely see the phone strength while multitasking or playing resource-heavy games.
Overall, we felt that the Zenfone 2’s performance was on par with any other high-phone (Samsung Galaxy S6 or iPhone 6), the apps launched quickly, we played a large array of games (from basic to resource-heavy) smoothly and without any problems, watching Netflix was smooth and as said before multitasking was incredibly well handled. 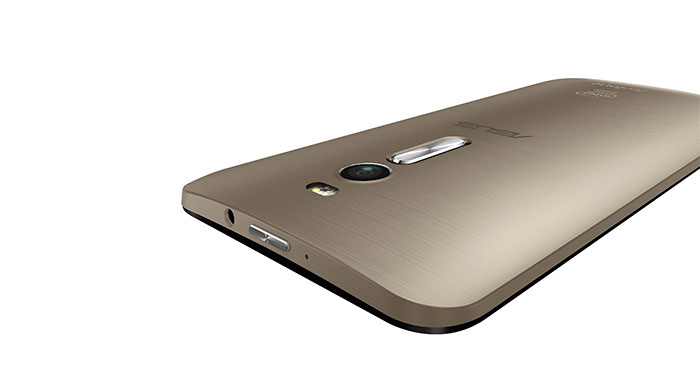 Software
ASUS Zenfone features the Lollipop 5.0 version of Android, but it is heavily modified into the more complicated and intriguing ASUS Zen UI.
The Zen UI interface has a minimalist look, it works smooth and has a high amount of customization available, from the theme packs to icon style and title font size, leaving you with a really unique and truly to your liking interface.

ASUS has included some interesting apps that will definitely help ease your exploration and use of the phone. Some worth mentioning are the File Manager, the Do It Later app (integrated task list), Autowizard, Power Saver and more.
Unfortunately, most “native” apps cannot be uninstalled (and they are a lot) leading to some bloatware so be prepared to spend a few hours of app disabling.
In terms of connectivity, the Zenfone 2 has Bluetooth 4.0, NFC, 802.11ac WiFi and LTE.

Camera
The main camera has a 13-megapixel sensor and f/2.0 aperture, meaning it is a fairly basic camera that does manage to capture quality photos.
Note: Unfortunately there is no optical image stabilization.
Some minor inconveniences we noticed are that in bright scenes, the colours appeared a bit oversaturated and on low light, you can brighten the picture but it will cost you 3-megapixel.

The camera features 17 shooting modes and some interesting features are the HDR option and Super Resolution Mode.
One great thing about the Zenfone’s 2 camera is that it’s fast and there is no lag between shots.
Both the front and the rear cameras can shoot 1080p videos at 30 frames per second.

Battery Life
The Zenfone 2 features a non-removable 3000 mAh battery. Because it has a reasonably powerful CPU, the power consumption is pretty high.
Still, when it really matters, the phone does have a smart saving mode that balances the performance with power consumption (when the battery is running low).
On medium to light use, the phone will take you through the day.
The Zenfone 2 charges relatively fast and just like the LG G4 it reaches from 0 to 100 in about one hour and a half.

Conclusion
In order to have a cheaper price tag, the ASUS Zenfone 2 did cut a lot of corners, the design isn’t that great, the camera is good but could have been better, but looking at how well it performs, the great software and the 5.5″ screen, the Zenfone 2 is definitely one of the best cheap android phone on the market. 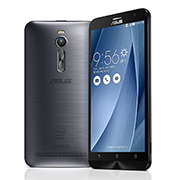