From the get-go, know that I am not going to address the software tweaks that many push forward, such as changing the DNS servers or using port forwarding and these are good advice, but my main focus is what type of hardware should you use, so that you can boost the WiFi for your PS5 and have a reliable connection to your router. And I’m sure that a poor WiFi is the number one issue that most of you have to deal with especially in competitive games which leads us to the main frustration of all gamers: the lag. This is a bit of an oversimplification, but there are essentially three important aspects to look for and that’s the bandwidth, the throughput and the latency. A high bandwidth availability is important because it means that a large amount of data can be moved from one end to the other of the network (in our case, either a PS5 or the older PS4 which is till very much relevant). The throughput is the a amount of the data that can be transmitted or received at a specific point in time and, as expected, the larger the bandwidth, the higher the throughput can be.

But, as may have already experienced, even though your router has enough bandwidth, the throughput can fluctuate a lot which leads to a poor connection quality. This happens because of internal or external factors that lead to a high latency (the time that the data takes to reach its destination) – it can happen because of WiFi signal interference, overcrowded channels, badly configured QoS, slow router and so on. The problem is that a high latency translates to lag and that’s not something you want to experience in any online game, especially high competitive ones (mostly FPS, but some RPGs as well).

The thing that you need to understand is that you may have everything is perfect conditions, even the PS5 wired to your router and still have issues with your games and that happens when the developers didn’t bother putting servers close to your location. So, if you’re from Australia, but play a certain online game on an EU server, you are most likely going to have a bad time.
That being said, there are some options to explore and yes, even the aforementioned situation can be improved up to a certain degree if you have the right hardware.

I know that a lot of you will swear that their WiFi extenders worked wonders at covering some difficult-to-reach areas with WiFi and that’s fine, this is the role of this type of devices. But you should also be aware that depending on the type of the extender, your bandwidth could shrink to unusable levels and if the hardware is not powerful enough, then the speed will also be a mess. The WiFi extenders are wonderful for browsing, watching YouTube videos or listening to Spotify, but WiFi is already not the best way to handle online gaming and adding a device that in the best case scenario halves the bandwidth and increases the latency is far from ideal.

I know they’re tempting due to the low price, but, since most support a single band (2.4GHz), it’s really not worth the trouble – even the dual-band WiFi 5 extenders will most likely disappoint in this regard. If you have an area where your router just can’t cover with WiFi, you can use a WiFi extender (if a WiFi mesh system is too expensive), but for gaming, I advice against it.

The reason why I say that you shouldn’t rely on powerline adapters is not because they don’t work, it’s because there’s a very high chance that they will not work. A powerline adapter uses the electric lines to transmit data (at a higher frequency), so you get less interference than WiFi, while also gaining enough bandwidth to handle your competitive online gaming without much compromise. So, what’s the catch you may ask? It’s your electrical wiring. If you have a brand new house that you built with the possibility to use powerline adapters in mind, then it can work really well since you can use a single circuit.

But that’s not the case with most people, where the wiring may not be the best and the powerline adapters need to pass through different circuit breaker boxes. If that’s the case, expect no only annoying speed fluctuations, but complete drops of data packets. This may be fine for some light browsing or for watching online videos, where the streaming is not continuous, but for online gaming, you’re going to have a very bad time.

The PS4 was released almost a decade ago, so it only has support for the 2.4GHz band (802.11b/g/n), but that’s not the case for the new PS5 which comes equipped with a Sony J20H100 WiFi 6 network card that uses MU-MIMO 2×2. This means that a WiFi 6 router may be able to reach and go above the 1Gbps limit that we’ve had for years. These routers are not very cheap, but they have gotten less expensive the last half a year and the best performing one that I have tested and which has passed 1Gbps is the Asus RT-AX86U. 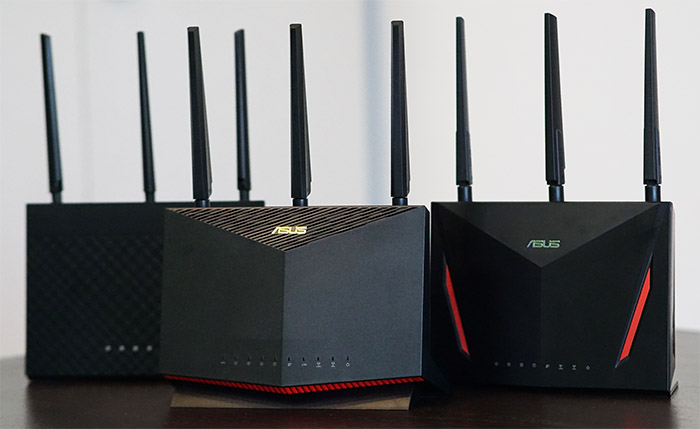 This was possible due to its 2.5GbE port WAN/LAN and because the client device that I used for the test has an AX200 WiFi 6 adapter that supported some of the most common features from the new standard. You obviously don’t even need a 1Gbps connection for online gaming – not even the Cloud gaming platforms require that much, so why do I think it’s a good idea to upgrade to the newer standard? It’s mostly because the PS5 supports the WiFi 6 standard, so it can make use of some of its features that were especially designed to keep latency low, the throughput high and most importantly to deliver a consistent performance with less interference than with WiFi 5.

I’m mostly talking about OFDMA which should greatly help if you have multiple devices next to your PlayStation 5 that could have been potential bandwidth hogs. There’s also BeamForming for keeping the interference in check, MU-MIMO and more. But, it may be better to have your older devices on the new WiFi standard as well to get the best out of your new and expensive router (change the WiFi card in laptops or Desktop PCs and most newer phones do support WiFi 6 already).

I have not tested the PlayStation 5 with any WiFi 5 router, but the guys from digitalcitizen.life did, so from their results, it does seem that a fairly powerful WiFi 5 router should be able to handle your online gaming sessions without much problems, just be aware that you may have to check that the WiFi channel is not already used by anyone else in the vicinity and that the router is not too far from your PS5.

They can be, but it’s going to cost you a lot. The most common WiFi mesh systems are those that support the 802.11ac standard and you get to choose between dual-band and tri-band. Clearly, I am against the dual-band WiFi mesh systems (such as Google WiFi or Deco M5) because their behavior is very similar to that of the WiFi extenders, where one band is dedicated to the backhaul, while the other is dynamically assigned for your client devices. 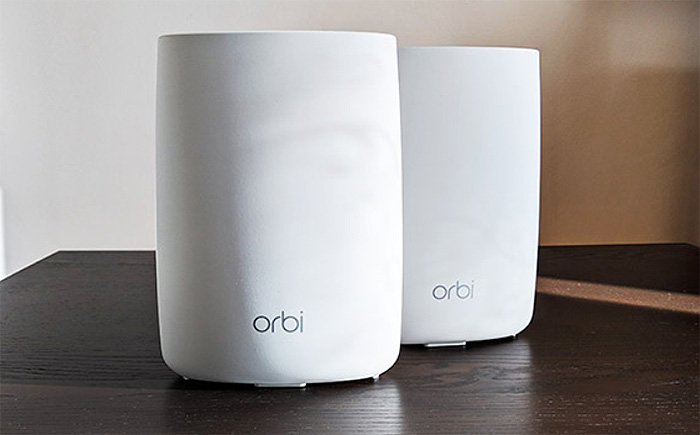 So, your PS5 connection can either be fine or in shambles, depending on how well the manufacturer has designed its devices or how well you have configured the mesh system. Ideally, you should go with a tri-band WiFi mesh system because some manufacturers have decided to dedicate one band for the backhaul traffic and leave the two other bands for the client connection (Netgear Orbi, Zyxel Multy X). This way, the bandwidth is not heavily impacted at the second node, so, using two mesh nodes (unit devices), should be able to cover your house with WiFi. And yes, the PS5 speed should also remain good enough for competitive games even near the secondary router unit – I would advice against going through more than one hop since the throughput will degrade and the bandwidth will be affected.

6. Get a gaming router

I am not really a fan of the gaming routers since they can be a gimmick for most people, but can prove to be quite useful for gamers. You may have seen those Asus routers that come with a gaming port and if you used the mobile app, there’s the gaming mode – these are essentially QoS rules to give the highest priority to the device that your using (or connecting to the LAN port). You can obviously do it from the app or web-based interface a lot of other routers, but most people don’t bother with it and truth be told, the manufacturers of consumer-based networking devices have either stripped features to then add them back as add-on packages (sometimes on payment) or have automated these features (those so called AI-powered features..). 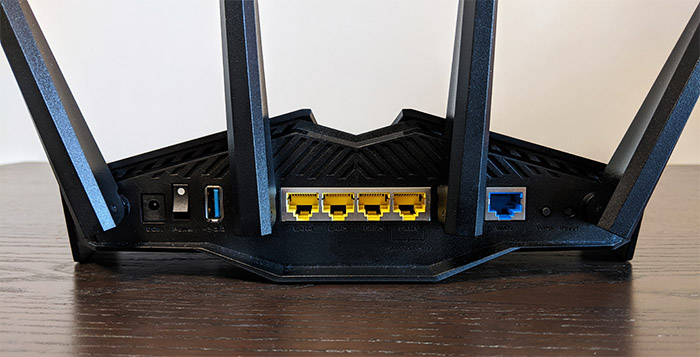 So yes, if you use an Asus RT-AX82U, there’s a gaming port and if you go with other models, such as the RT-AX86U, you can use Open NAT presets for various games. Asus has also added a unique feature on its flagship routers, the WTFast GPN. I have recently seen it on the RT-AX88U and it’s a way to route the game session data through the GPN (it selects the server closer to you), so, in case you’re too far from the dev’s servers, you may get a far better connection (and less lag).
A lot of gaming companies frown upon using VPNs or proxies to connect to their servers, but WTFast says that their GPN doesn’t bypass any geo-restrictions and neither does it hide your IP, so you shouldn’t risk a ban. Still, to be on the safe side, just send an email to the support team (of the game) and ask if it’s alright to use a GPN – in most cases, it should be fine.