The Trifo Emma Pet is a big robot vacuum cleaner, so it’s not going to go under most of your furniture, lowering the risk of it being stuck. Cables will block the brush and, while some devices do have a slight boost in power in case they need to go over certain objects (no higher than 1 inch), the Trifo Emma Pet did not have that system in place, so it would either push it or go around the object. 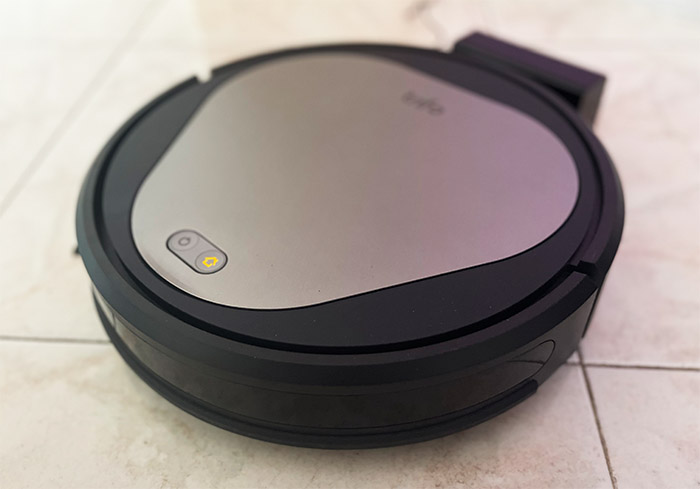 For some reason, Trifo decided that this was not a necessary part of their robot vacuum cleanser set of features, so there is no way to edit the map. And I get it, neither can the Ultenic D5S Pro, nor the Kyvol E20. But I don’t get why they didn’t at least put a magnetic strip in the package since this is the solution others have found to this problem.

How easy it is to move the robot vacuum cleaner in Manual Mode?

It was surprisingly easy and I was pleasantly surprised to see that I could also reverse the device with ease, so I didn’t need to run in circles as it happened with other brands.

The mop is identical to the one we saw on the Trifo Lucy, so the performance is the same and you can read more about it there. But I am going to briefly go through what I observed. Since there is no system to control the water flow, the cloth will just get wetter and wetter, so you need to quickly start the cleaning process. And, the water tank is very small; the entire assembly is connected to the bottom of the robot vacuum cleaner via two Velcro strips.

The robot vacuum cleaners usually perform very good on hard floors since it’s easy for the brushes to capture the particles, especially if the speed of the side brush is balanced. The Trifo Emma Pet did good on this type of surfaces in part due to its obsessive nature of going several times over the same spot. So, even if the dirt is initially thrown to the side, it will eventually go into the dust bin. The mop is not that great since it will leave big trails of water behind it, but it will be able to remove some light, superficial stains. Don’t think that it will remove some old, thick stains because it’s not going to happen.

This area is apparently where the Trifo Emma Pet should shine since it comes with a specially designed pet hair collector. But, before, I wanted to see how well the robot vacuum cleaner performed with the default rolling brush. I took some hair and replicated what most pet owners see when their pet shed a lot of hair on their carpet.

I then put the Trifo Emma Pet in manual mode and, while the speed was about one third of the slider, the brushes did almost nothing, being able to remove only the superficial portion (about 10%). Then, I attached the pet hair removal element and let the robot vacuum cleaner go over the remaining hair. Since it had the same speed as before, I wasn’t really impressed by the performance, so I ramp it up to the maximum. If you expect it to remove the hair in one go, it’s not going to happen, but after several back and forths, the hair was finally completely removed.

Just as easy as the Trifo Lucy. You can detach the bottom-placed rolling brush and clean it, but not the side brush. The dustbin can be removed from the top side and it’s easy to clean – there is also a HEPA filter that will need to be replaced at some point (the app will remind you when it’s time) and as for the mop, simply wash the cloth (replace it when it’s no longer washable). 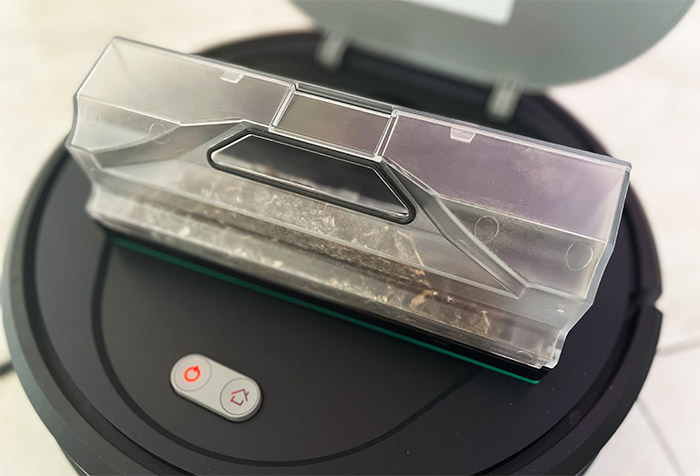 I mentioned in the teardown section that the internal components of the Trifo Emma Pet are modular, so it should be very easy to replace broken parts, but these components are proprietary. So, while you can inter-change parts between Trifo devices, you can’t with other brands. And the same is true for the rolling brush, so the only universal part is the HEPA filter. For the other components and accessories, you need to purchase them from Trifo.

Trifo calls the Emma robot vacuum cleaner essential and it’s true, the device does offer some of the essential elements that most people expect from this type of products. There is a large dustbin, decent navigation + app control and, despite some weird behaviors, it does clean the house decently well. Of course, there are some limitations, such as the lack of no-go zones, no remote control and a small battery, but then again, considering its price tag (which is usually further discounted), it’s a nice alternative to the manual vacuum cleaner. 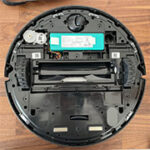