I admit I was a bit amused by how the Kyvol E20 used to navigate, so I expected something similar from Ultenic D5S Pro, but that wasn’t entirely the case. The first time that it moved around the first floor of my house, it did the usual bump into things and trying to create the outline of the walls.

But I did notice that it sometimes went full speed ahead, charging into the wall or furniture. While it won’t damage them, the bumper may not survive for very long. The good news is that after the first time it mapped the floor, it reduced the charging attacks significantly. I did see that sometimes it bumps into a piece of furniture and it just sits there for a couple of seconds – I call it furniture kissing. The Kyvol E20 was cursed to clean the same area again and again until the battery would run out, so is it the same with the Ultenic D5S Pro? No, but it’s not on the level of the Lidar robot vacuum cleaners. So, it may still move around the same room twice or three times, but since there’s a map, this does tend to happen less often.

I also wanted to see if it can move over objects and it sort of can, but it did get stuck on a 1.2 inches piece of wood, so anything underneath 1 inch should be good. Lastly, I checked whether it would fall off the stairs and, as you can see from the video, it accurately detects the cliff and stops the Ultenic D5S Pro before it jumps down.
Note: Don’t leave cables or shoe laces around because the robot vacuum cleaner will not only try to eat them, but it will also ramp up the speed to do it more effectively.

In my case, it only got stuck on the aforementioned piece of wood that I intentionally put into its path and even then, it valiantly tried to move past it. So no, it doesn’t often get stuck, but it can happen and when it does, it will cry for help.

When the battery gets low (or very low), the Ultenic D5S Pro will attempt to return to its base, but the experience is bizarre.

Instead of trying to move back to its charging base, the robot vacuum cleaner suddenly turns into a confused child with a vertigo and randomly bumps into furniture without any sense of direction. After bumping into the same places for a few minutes, I simply picked it up and left it on the charging stand. It’s curious that the map on the app doesn’t actually show the location of the dock, so it’s not unexpected that the robot vacuum cleaner doesn’t know where to return to.

You can’t set no-go zones in the app, so you will have to rely on the magnetic band that you got into the package to outline the area where the Ultenic D5S Pro is not allowed to enter. And it does work well since the device would avoid entering the no-go zones, it’s just a hassle to keep on moving the band around. And that’s not all because the strip won’t just sit flat on the floor, neither does it have some double-sided tape (not that it would help that much). 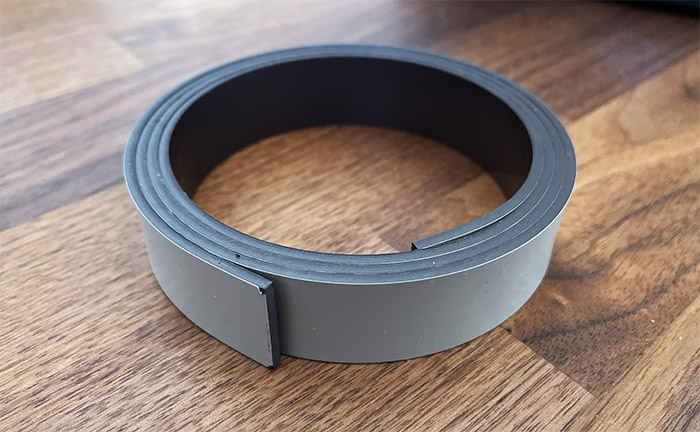 My house is almost entirely covered by hard floors, with pretty much no carpet, so the Ultenic D5S Pro could be tested at length in this regard. And it’s as you may expect. The large, but lightweight particles would be blown to the sides by the brushes at first, but after a few runs, they will enter the dust bin. At the default level (2), the robot vacuum cleaner managed to decently clean the house on several runs, without needing to ramp up the speed. And since it does map the rooms, it’s not going to run in the middle of a room and forget about it (as it happened with the Kyvol E20).

As for the mop, don’t expect wonders, because it’s just a piece of cloth that lightly scrubs the pavement, so old spots of dirt will not be removed on the first go. But they may if you take control of the robot vacuum cleaner and replicate a scrubbing movement using the remote control. But at that point, it’s easier to just scrub it my hand.

Like I said, I don’t really have carpets, but I managed to find one (in the bathroom) and filled it with debris because why not. This is perfectly normal behavior, we all have out carpet that’s filled to the brim with debris. Anyway, on the first go and at the highest speed, the robot vacuum cleaner took about about 70-75 percent of the dust. On the second go, it got about 10 percent more and then I had to put the carpet in the washing machine since a vacuum cleaner will never clean it properly, not even the most expensive ones.

There is a more realistic test and it’s with the pet hair. Fortunately, pretty much all robot vacuum cleaners have that rolling brush that easily takes out the hair from the carpet, even the longer human hair.

Just as easy as all other robot vacuum cleaners that I tested so far. You detach all the brushes, including the rolling brush that you can clean with water and use the provided tool to cut any hair that’s stuck on them. The dust bin can easily be detached and cleaned, and the filer can also be easily replaced. As for the mop, you can simply detach the mop head and wash it – when it’s no longer suitable to work, you can replace it (there is one spare in the package). The water tank is a bit more tricky, but you can easily take out the water (the way you inserted it, using the silicone cover) and then wash it thoroughly in the sink. Obviously, you should not expose any electronic part to water, simply use a clean cloth. 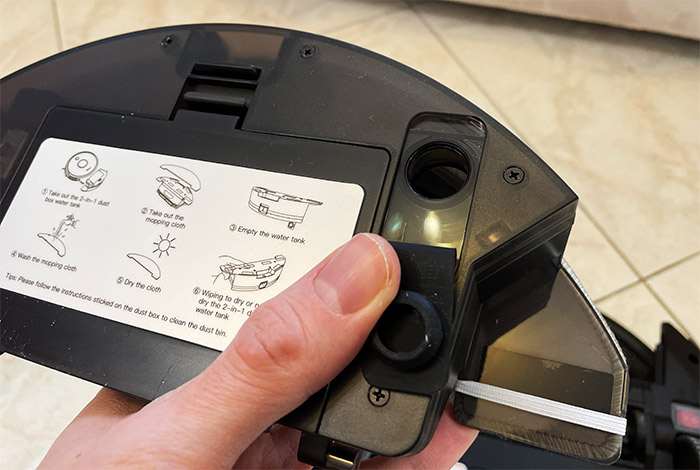 Since the battery is only 2,500mAh, I assumed that the advertised 2 hours seem a bit of a stretch. But, during my tests, the Ultenic D5S Pro went quite close to that number, reaching 1 hour and 18 minutes from 0 to critical battery on the middle speed level. At the lowest level, it’s very much possible that the robot vacuum cleaner will go above the advertised amount.

The availability of spare parts:

Since I already mentioned the similarities with other brands, it means that you truly won’t have any issues finding spare parts even if the Ultenic brand no longer deals with robot vacuum cleaners. Furthermore, there are some spare parts in the package, such as the additional side brushes and the filter.

I am happy to see that most people can now afford to have a robot vacuum cleaner in their homes and the Ultenic D5S Pro is a device that doesn’t break the bank, while still offering some of the expected features. I was a bit worried when I saw that there is no Lidar system, but it seems that the device is still able to create maps of the rooms and I did like that there is a mop assembly, besides the regular dust bin. The app is quite intrusive and the navigation can be a bit strange at time, but overall, it’s a step above a more basic device such as the Kyvol E20 and perhaps a step below the Lidar-based vacuum cleaners. 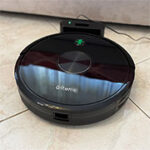