The xFyro ANC Pro are the third pair of TWS earbuds released by the manufacturer and, considering that the active noise canceling technology is already being (successfully) ported on some entry-level models, xFyro didn’t want to be left behind. The ANC Pro does make use of the aforementioned technology to limit the impact of environmental noise on the sound quality and there is also the Transparency mode that slightly amplifies the surrounding sound, while the music is still playing, so you can be aware of what’s going on around you.

The most successful ANC implementation that I have witnessed so far was on a pair of fairly cheap earbuds, the Coumi Freedom Dots, so I am very curious on how it fares on the xFyro ANC Pro which are about three times more expensive. Additionally, xFyro says that the ANC Pro earbuds should be able to offer up to 10 hours of battery life which is very impressive if true – both the XS2 and the Aria had a good battery performance, which means that the expectations are fairly high. 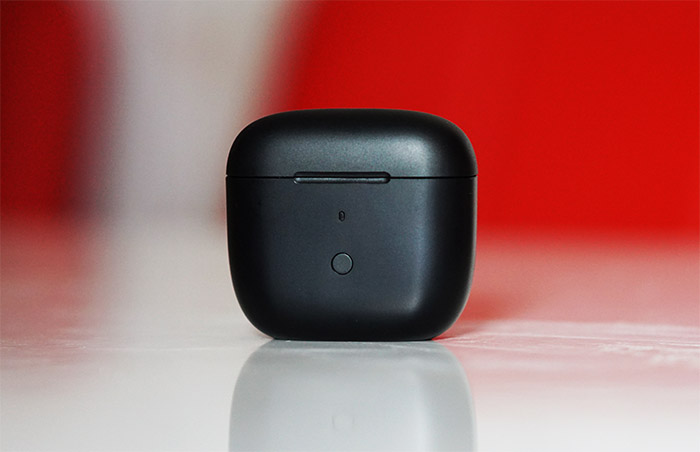 xFyro has moved away from the experimental design of the previous generations of earbuds, so the ANC Pro are closer to the design of the Apple AirPods. And I know that a lot of people prefer the traditional earbuds look, which means that the xFyro ANC Pro should have no trouble navigating through the myriad of available TWS earbuds. But have they managed to create both a balanced and exciting device to warrant the price tag? Let’s find out.

The xFyro XS2 were relatively unique from the design point of view, especially the charging case and then the Aria earbuds refined a bit the earpieces to better remain in the ears. The xFyro ANC Pro have taken a very different road and, instead of the pea-shaped case, the earbuds do look more similar to the Apple’s AirPods. This means that besides the section that gets inserted into the ear, there’s an elongated neck that offers an additional anchor point for the earbuds and can be used for some internal components (thus leaving more space for a larger battery). This means that they’re not really that compact and indeed, each earbud measures 1.6 x 1.1 inches (4.1 x 2.7 cm), but the size matters less when the device is comfortable to wear for a long time. 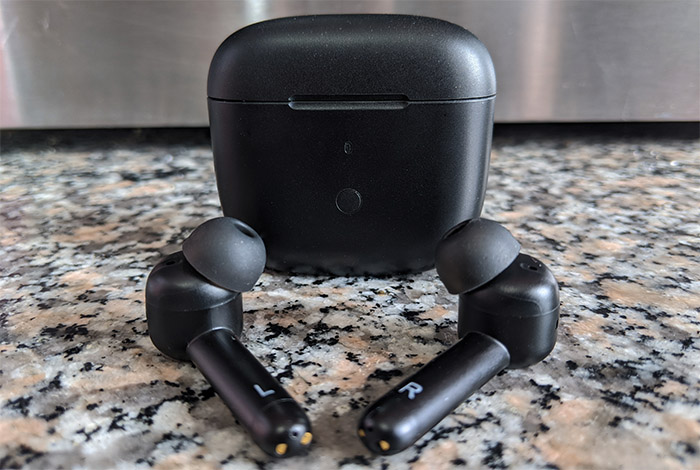 The xFyro ANC Pro are very light and you barely feel them in your ear (I had to check a couple of times if I still have them), so they won’t irritate the ear canal, especially since xFyro relied on touch-sensitive areas, instead of the traditional button. So, yes, it shouldn’t be a problem wearing the ANC Pro for more than a couple of hours at a time, but I would advise against wearing them when you’re outdoors.
This is something that I suggest with every brand that has not added hook silicone tips in the package because it’s very easy for the earbuds to fall and outside it’s more difficult to get them back than indoors. Additionally, the ANC Pro do feel like they may fall at any time, but, surprisingly, they stayed stoically while I was chewing on some food (most do fall while eating).

Inside the package, the manufacturer has added two other sets of eartips, so you don’t really have that much room for adjustment, especially since a good seal is very important for ANC. I was lucky to get a good passive noise isolation with the default silicone ear tips (the largest ones). That being said, xFyro has added a microphone dedicated to ANC on the opposite side of the ear tips and hopefully that would be enough for a good performance – as a reference, the Sony WH-1000XM3 uses far more mikes for its stellar performance. There is another microphone at the bottom of the elongated neck for calls and at the top of each earbud, there’s an LED light. The LED functions the same as on other brands: it flashes blue occasionally when it’s paired and will alternate between blue and red when the xFyro ANC Pro is ready to be paired. 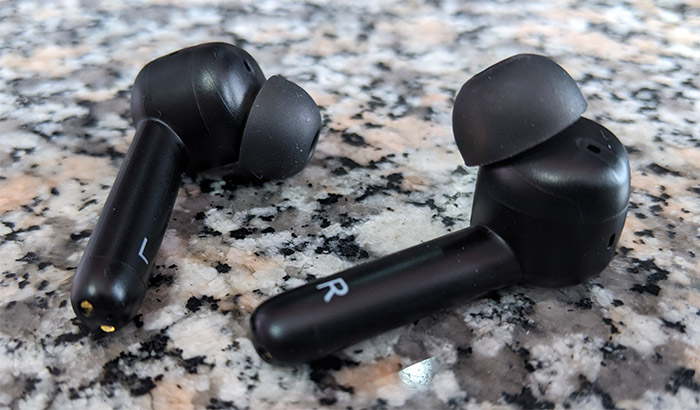 The touch sensitive area on the rear side of each earbud can be used to switch between the ANC and the Transparency mode by tapping and holding the right earbud for 2 seconds, but I noticed that every time I take the ANC Pro from the case, they always default to the Transparency mode and that’s a bit annoying. If you want to play or pause a track, you need to tap twice on any earbud and, to go to the next or previous track, you will need to tap three times of the right or left earbud. xFyro has included volume control, which is great and, to raise the volume, simply tap on the right earbud; to lower the volume, tap once on the left earbud, so it’s very intuitive. I did notice that the manufacturer has included the same Gaming Mode as the Naenka Lite Pro or the Redmi Airdots S and, to enable it, tap four times on the left earbud. To answer or end a call, tap twice on any earbud and to reject it, tap and hold on the touch-sensitive area of any of the two ANC Pro earbuds.

The xFyro ANC pro earbuds come with a small charging case that’s covered by a black matte finish (the TWS earbuds are also black) and, as expected, it does resemble the AirPods charging case, also sporting that small LED on the front. But, there is also a circular button which you can press and hold for ten seconds to remove any prior pairing from the memory (obviously, you will need to insert the earbuds while doing so). The single LED system is not something I am fond off and I noticed that this is a current trend (hopefully it will go away) because it makes no sense to me. In any case, you need to check the number of flashes to see how much battery is left (one flash for every 25%). There are another couple of mildly annoying things, the first being the case hinge which slightly moves from side to side and this happened on two xFyro ANC Pro models – yes, I got two, the first was a lemon, though. 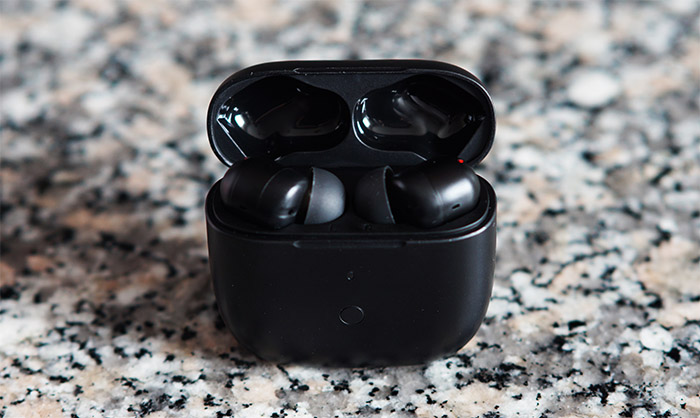 The second annoying aspect is the way the earbuds need to be taken from the case: since the plastic is covered by a matte finish, it’s not that easy to get a proper grip and depending on your fingers, you may not be able to easily take the earbuds out of the charging case. The good news is that xFyro has added a USB-C port at the bottom of the case.
Note: The earbuds are IPX5-rated which means that sweat and some light rain won’t damage them, but it’s not wise to take a shower while wearing the ANC Pro.

xFyro says that the ANC Pro make use of 7mm graphene drivers which is not really the largest I have seen on a pair of earbuds, but then again, this should not really have an impact on the sound quality. The fine tuning is the most important aspect, not the size of the drivers. At the same time, a larger driver can mean a higher supported volume and in some cases, a fuller sound. So, it is worth mentioning that the xFyro ANC Pro are not the loudest earbuds that I have tested so far, even with ANC on. Furthermore, the manufacturer has kept the Bluetooth v5.0 that it used with the XS2 and Aria, and it’s not a bad decision since the range does not differ that much between the latest Bluetooth generations (down to v4.2) – the same maximum of 30 feet before you will notice that the connection becomes unstable. 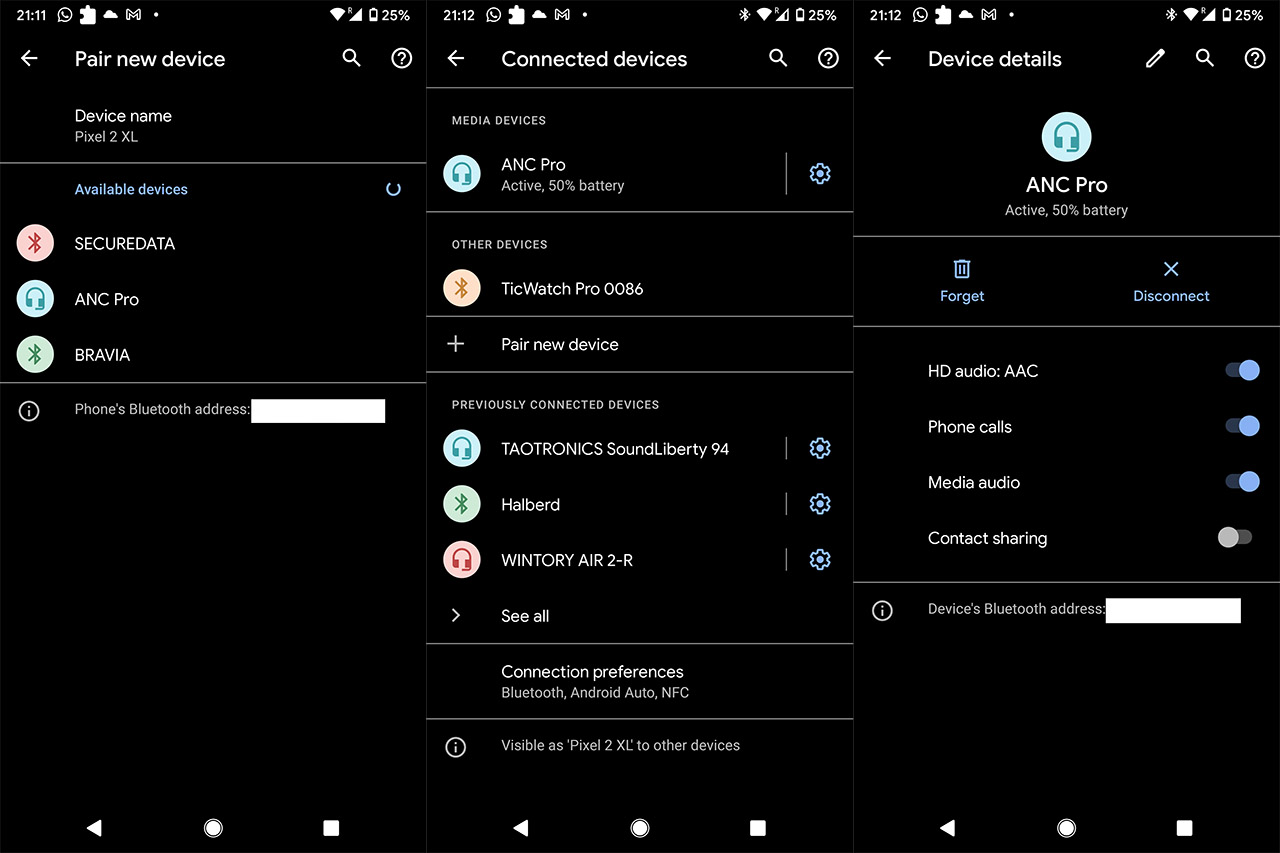 It can make a difference in terms of bandwidth, but there is no support for higher end file formats, so it doesn’t matter. The ANC Pro do support AAC, as can be seen after pairing with a phone that supports this codec, but I would have liked to see the compatibility with aptX. 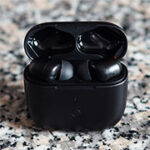