The Speedefy KX450 is the first WiFi 6 router from the Chinese company and, as the title suggests, there are quite a few similarities with the TP-Link Archer AX21. Without beating it around the bush, the AX21 and the Speedefy AX1800 have essentially the same internal hardware, but that doesn’t necessarily mean that they are the same device.

I have opened both WiFi 6 routers and the internal layout is very different, the four antennas on the Speedify seem to be more powerful and, as expected, the software differs quite a lot. TP-Link may not be the champion at building the most balanced software, but some of their features have definitely become more refined over the years (while some others went completely missing, but that’s another story) and this includes the support for OneMesh. 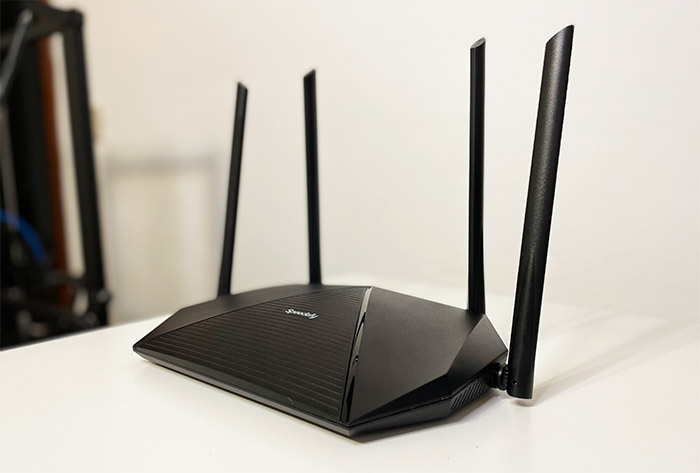 Obviously, Speedefy did not tackle the possibility to create a mesh network (yet), but it does seem to have the other features which are common for an entry-level AX1800 WiFi 6 router. There’s the mandatory OFDMA technology, the support for the WPA3 is also a must in 2021 and there’s also BeamForming and MU-MIMO available. So, it’s pretty much a no-frills AX1800 router and, when paired with a simple user interface, it may be exactly what most people need in order to have their devices connected to the Internet. But, before jumping to conclusions, let’s put the Speedefy KX450 to the test and see whether it’s a reliable device or if the AX21 (or its other clones) are a better purchase.

While on the inside, it is pretty much identical to the AX21, the Speedefy KX450 followed a very different design for the case, but I did notice some similarities with the Netgear RAX10. Indeed, the KX450 does have a very similar shape, with a narrower front section and a wider rear to accommodate the ports, but there are two antennas on the sides and two on the back, and the ventilation cut-outs layout is also very different. The manufacturer has been a bit more conservative regarding the heat management, so there are some ventilation holes on the sides and the bottom side is partially covered by small holes. And this approach seems to work somewhat fine because the router would only get warm to hot in the middle of the case, but nothing more. 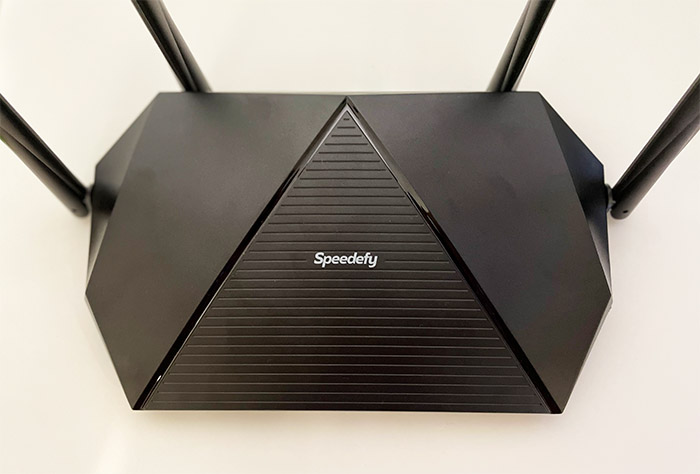 It’s worth noting that the case is entirely made of plastic and it is covered by a black matte finish with only two glossy narrow bands to make the router more aesthetically pleasing. The Speedefy KX450 also measures 11.0 x 6.5 x 1.6 inches (28.0 x 16.5 x 4.0 cm), so it’s quite compact, but the antennas are very tall, so it may still be an inconvenience to leave it flat on a desk. And there’s another reason why this is a bad idea: the feet. Unfortunately, Speedefy liked TP-Link’s approach when it build the AX50, so there are no silicone feet and yes, this does mean that the router dances around on the desk, almost always having its grand finale on the floor. The good news is that the manufacturer has added some mounting holes on the bottom of the case, so you can install the KX450 on a wall, keeping the antennas pointing upwards. As expected at this point, the antennas can’t be removed. After I took the AX1800 router from the package, I did find it suspicious that I could not see any LEDs or dedicated icons anywhere on the case and, after connecting the provided power cable I realized that there’s a single LED that shyly shines at the top of the case.

It seems that even the more budget-friendly brands have given into the so-called minimalist approach and the single LED may be the future of how we check the status of the router. And I hate it. In any case, we do have an LED that flashes slowly if it failed to connect to the Internet, it will become solid yellow when it has managed to get a good Internet link and it will flash rapidly when you connect or disconnect an external device from the LAN ports. If you want to know anything else (the status of the WAN, LAN ports or WiFi networks), you need to check the app, apparently. Now let’s go to the rear side of the router.

Here, you will be able to find the Power port, a recessed Reset button (press and hold it for 8 seconds to return the router to its factory settings), a WPS button, the Gigabit WAN port and four Gigabit LAN ports. I saw that the third port doubles as IPTV which I assume is a preset QoS setting. Unfortunately, there is no USB port and that’s a fairly common occurrence at this price point.

I kept on mentioning the similarities with the TP-Link Archer AX21, so let’s open up the Speedefy KX450 and check its insides. There is no warranty seal, so unless you do some damage to the plastic case, you should still retain the warranty. To open it up, I had to remove the two screws from the bottom of the router and then use a prying tool to carefully detach the top part. You can use a metallic blunt tool as I did and ruin the look of the router as well (it gives it character). 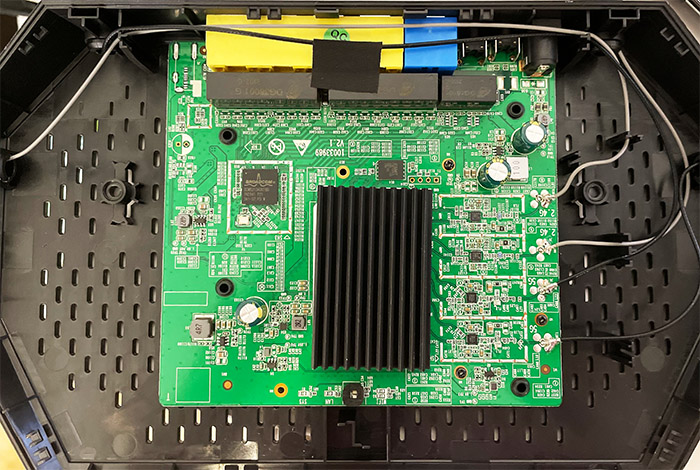 Also, be careful with those four large antennas because they will poke you everywhere while you’ll try to open up the router. On the inside, it looks nothing like the TP-Link AX21 and, instead, we get to see the four antenna connectors that are soldered to the board and I could immediately identify a Broadcom BCM531340KFBG switch chipset. There were also 128MB of flash memory from ESMT (F50L1G41LB) which is more than what’s on the AX21, as well as a DG18101 100/1000 BASE-T LAN transformer and a couple of DG36001 100/1000 BASE-T Single Port Magnetic Modules DIP.
There is also a large heatsink that sits at the top of an aluminum cover (they’re glued together apparently) and, underneath it, I could see the quad-core 1.5GHz Broadcom BCM6755KFEBG chipset. Next to it, there’s 256MB of RAM from ESMT (M15T2G16128A).

I have been testing WiFi 6 routers for a while and the entry-level models all seem to have pretty much the same features, with very small variations. And that’s true for the Speedefy KX450 as well which does come with the highly regarded OFDMA technology. This is the main feature that defined the passage to a new WiFi standard and for good reason because it changes the old approach where all the sub-carriers of the available bandwidth were allocated for one user. The Orthogonal Frequency-Division Multiple Access also has orthogonal sub-carriers but, instead of allocating all of them for a single user, they can be used by multiple users.

This flexibility allows for a better bandwidth handling and a better wireless performance with compatible devices. The MU-MIMO technology is also here and its role remains the same as years ago. And that’s to serves multiple clients at the same time, but some publications say that it’s not really that much effective, while the manufacturers still say that it’s the holy grail of the wireless networking industry. The fact that it’s still not being adopted en-masse even after all these years of promise do say a lot. 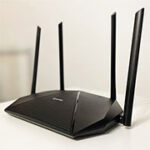