Yes, some manufacturers have added the support of some basic MU-MIMO implementation, but unless you go for the flagship devices, the compatibility with any WiFi enhancing feature is still very scarce. The same remains true for BeamForming and the 160MHz channel bandwidth support. Both are great, one optimizing the path towards the client and the other offering a far better WiFi performance near the router, but, if you don’t have a compatible client, the throughput will not differ that much from when using WiFi 5 routers. That being said, let’s check out the wireless performance of the AX73. 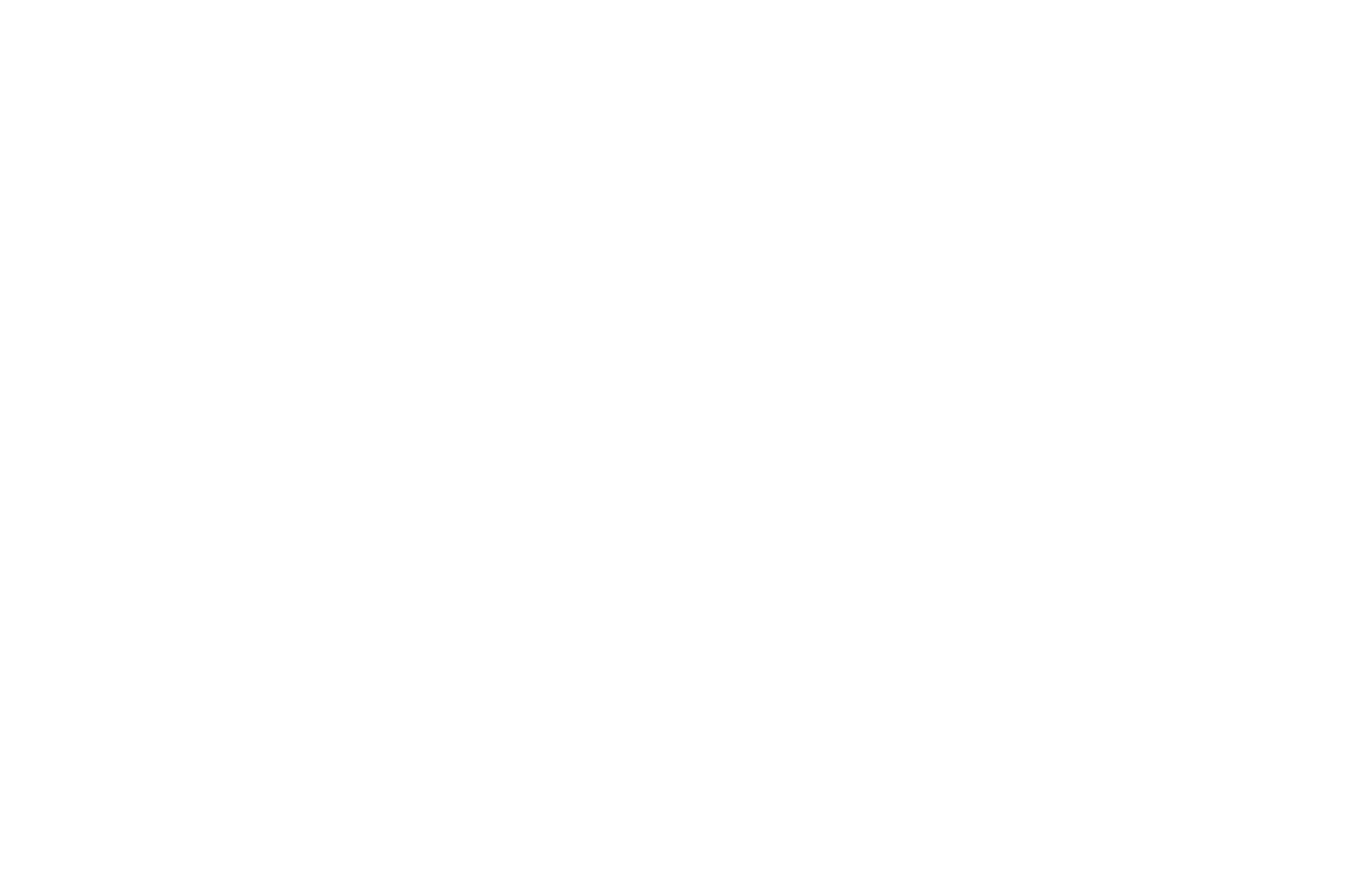 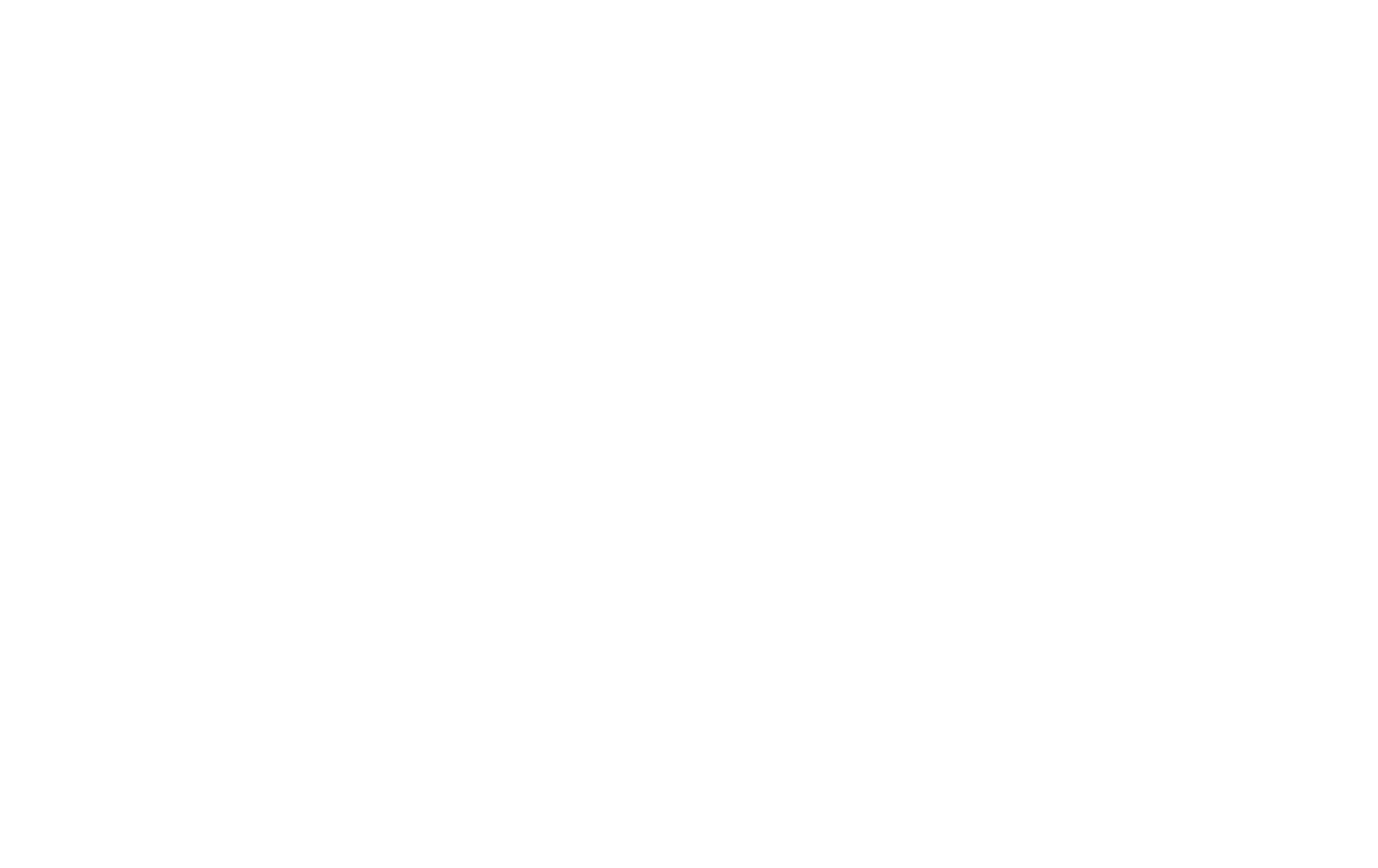 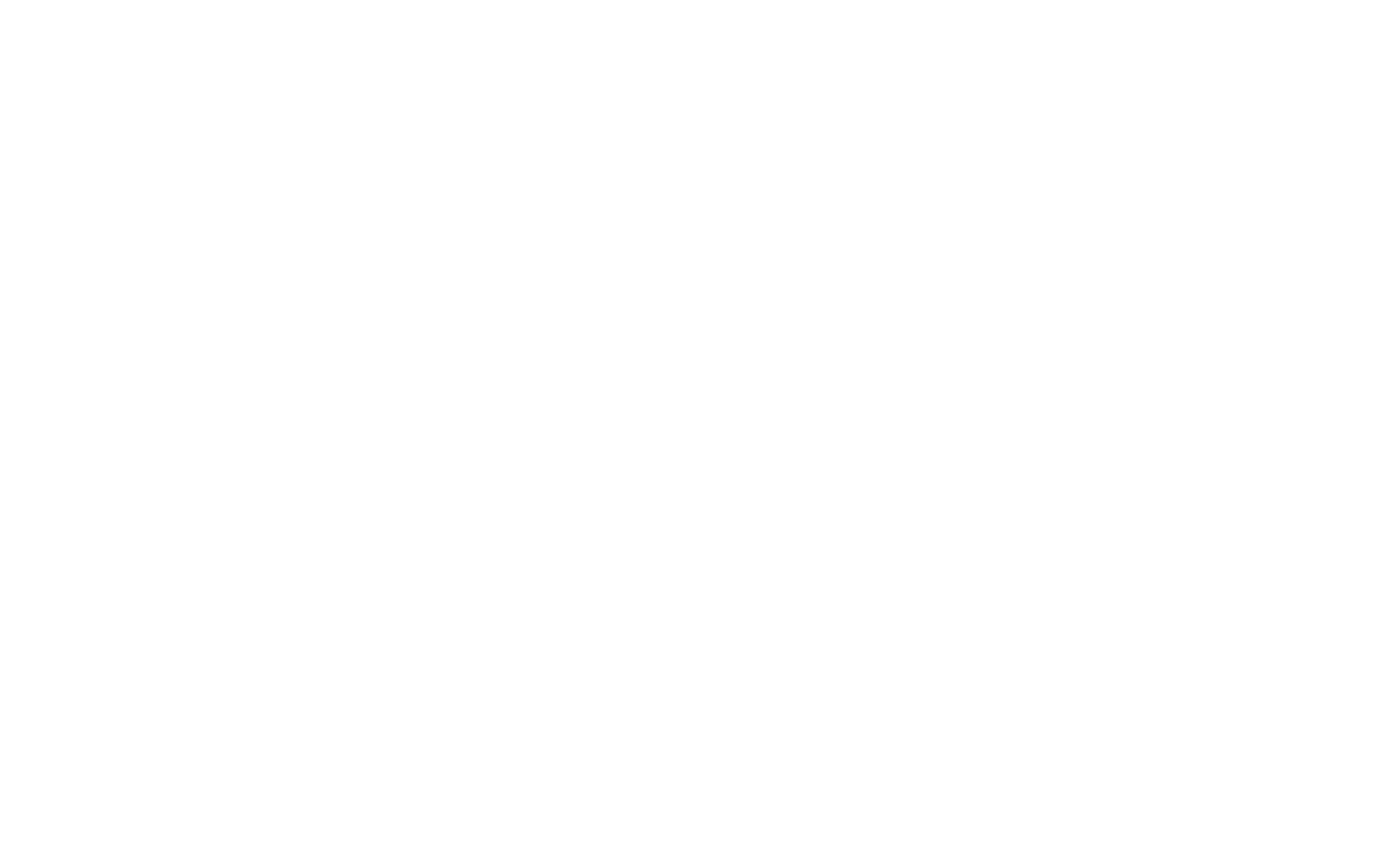 Since the AX73 has a USB port, I connected a SanDisk Extreme external SSD (256GB) and, while moving a multimedia folder of about 3.5GB, I saw an average read speed of 89.1MBps and and average write speed of 55MBps. It’s worth mentioning that a few people have complained about some of their clients randomly disconnecting from the WiFi networks, but I have not seen such behavior while testing the Archer AX73.

The TP-Link routers offer two ways to run the initial configuration wizard: using the web-based interface or by relying on the mobile application. A lot of people seem to prefer the latter, so that’s what I am also going to do. I downloaded the Tether app on my Android phone (yes, there’s an iOS variant available as well) and then, from the UI, I pressed on the Plus sign. I was immediately asked about the device type (Router), the type of router (Wireless) and if I had everything ready (all cables connected and the device turned on). Afterwards, I had to connect to the router SSID using the passkey written on the bottom-place label and then the app detected the Archer AX73.

Next, I was asked to add an admin password (would have been more secure to also change the username) and to select the connection type. In my case, it was PPPoE, so I had to insert the ISP username and password and afterwards, I was able to set up the WiFi networks (you can use Smart Connect and keep a single WiFi SSID). And that’s about it, I was able to roam the app interface.

Immediately after logging into the app, I was asked whether I want to bind the device to the TP-Link Cloud – it’s a way to remotely configure and monitor your router using a single Cloud account. The Home page will show the SSIDs and will give you a quick access to the Guest Network, while at the top, you can view more status info by tapping on the router icon, check the status of the Internet connection or see a list of your clients.

The same list can be accessed from the bottom of the window and if you click on any client, you should be able to see more status data, block the Internet access to the device, set a High Priority and there is a feature that is dependent on a separate package the HomeShield. And that’s the Parental Controls which will allow you to create profiles and apply them onto devices. There’s also content filtering by general categories, the possibility to block certain websites and some basic scheduling. This is what you get by default, but the HomeShield adds a bit more to the Parental Controls, displaying detailed statistics about which websites, apps and services have been accessed by a specific device.

Additionally, you get to Block or Reward that device, see the total time spent online and you can check a monthly or weekly report on both the Parental Controls and Antivirus. The latter is a part of the Real-Time Protection offered by the HomeShield and if you use the 30-day free trial as I did, you should be able to scan your Network for threats and optimize your network for a better performance. The free version lacks the advertised Malicious Content Filtering, the Intrusion Prevention System and the DDoS Protection, something that was a part of the HomeCare and came at no additional cost.

It’s worth mentioning that Asus is also very much able to offer these features and more as an integrated part of their software. Sure, it’s not as bad as with Netgear which has severely stripped its app, lacking some important features, but TP-Link does seem to be going down that road as well. The last section of interest is the Tools window where you get to set up the Wireless network (only the SSID and the passkey), check the OneMesh status, configure the Guest Network, the Notifications, the Operation Mode and update the firmware.
Overall, it’s a decent mobile application, with more features than Netgear and less than Asus, but it’s a bit annoying to be constantly logged out after the screen turns off. On the next step, let’s check out the web-based interface.

To access it, enter 192.168.0.1 in the URL of any browser and then log into the interface (using the previously set password). TP-Link has re-designed the GUI and it looks very different than what I saw when I tested the Archer AX50. There are now five main tabs at the top, the first showing the Network Map (Internet status, the Mesh Devices and the Clients), followed by the Internet section and the Wireless area where you can quickly configure some basic settings. The third is the HomeShield which just tries to persuade you to use the app, so there are no stats or settings here, while the fourth section is the Advanced which is where you can properly configure the router. Under Network, you get to set up your network connection far more in-depth (includes MAC Clone, NAT and the WAN speed negotiation), while under LAN, it is possible to link aggregate two LAN ports (supports static LAG and LACP). 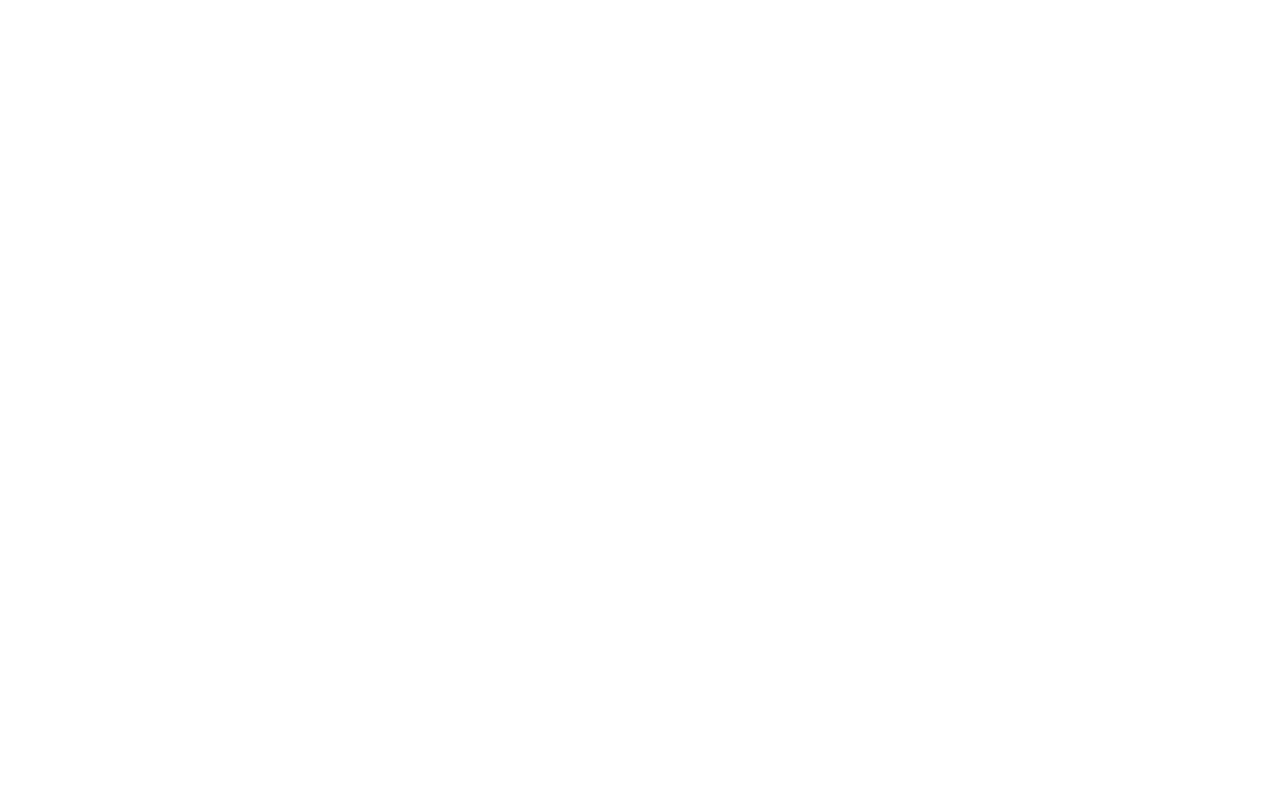 You can set Address Reservations under DHCP Server, configure IPTV/VLAN and more. Under Wireless, you get a healthy amount of settings which, even if not on the same level of the Professional options offered by Asus, they should be enough for most users (don’t forget to enable OFDMA since otherwise, what’s the point of using a WiFi 6 router?). There are also some settings for USB storage (includes Time Machine), NAT Forwarding, some Security-related settings (SPI Firewall, Access Control), IPV6 and VPN settings (supports OpenVPN and PPTP).
Note: The Archer AX50 has some trouble with displaying the connected clients correctly when it was set in Access Point Mode, but it seems that the TP-Link AX73 does not have this issue.

When I heard that TP-Link was moving away from the HomeCare package and into implementing a subscription-based-only model with the HomeShield, I was concerned that the manufacturer took the same road as Netgear did. After testing the Archer AX73, which is one of the first models without HomeCare, I can’t really give a definitive con conclusion on where TP-Link is headed, but I can say that the router does not have some vital features completely plucked out, while forcing you to use the HomeShield to get them back. It’s clearly not on the same level of care as Asus, which adds new features that simplify the way the user interacts with the network (such as the new Instant Shield), but the AX73 software should be enough for most users (in terms of features and control). The wireless performance was excellent, being very similar to how the RT-AX82U performed (in some areas better, in other worse), so, overall, it’s a decent WiFi router which could be a good alternative to the more expensive options out there.